Montgomery County officials seeking to reduce a recent spike in crime have initiated a three-part strategy that targets illegal immigrants, juvenile offenders and prison inmates, according to the Gazette and a Montgomery County government press release. Officials emphasized that the new policies will not involve racial profiling.

Beginning this month, county officers will refer all suspects charged with violent crimes to federal immigration agents for possible deportation. County leaders are also lobbying state officials to make it more difficult for chronic juvenile offenders to qualify for release pending trial and are backing legislation to require convicted criminals to serve longer prison terms, measures that require approval from the state before implementation.

The changes to the county's criminal justice policy come after a 7.7 percent spike in serious crime last year, according to a crime report by the Montgomery County Police Department (MCPD). Currently, county jail officials each week fax a list of foreign-born inmates to U.S. Immigration and Customs Enforcement (ICE), and police officers check if detainees have outstanding warrants. If there is an immigration violation, officers report the suspect to ICE.

County police do not currently actively investigate a person's immigration status and will not do so under the new policy, according to County Executive Ike Leggett. "Our police will not differentiate among the violent offenders falling into this new policy when charged," Leggett said in a Feb. 10 memo to County Police Chief J. Thomas Manger. "We can accomplish this without our officers becoming federal immigration police or crossing the line into 'profiling' individuals based on their race or ethnicity."

Manger further explained that county police officers will not gain any additional powers with the new policy. "We are not doing immigrations investigations, nor are we enforcing immigration law," Manger said. "We are simply notifying a federal law enforcement agency when we arrest someone for a violent crime."

He added that the new policy will hopefully keep more criminals involved in violent crime behind bars. "The purpose of this initiative is to look for ways of keeping dangerous criminals from being able to return to our neighborhoods and further victimize our community," he said.

The county effort to change the policy on holding juveniles who are repeat offenders mirrors a recent successful effort by Baltimore County, according to Maryland Secretary of Juvenille Services Donald W. DeVore. Montgomery County wants to adopt a Detention Risk Assessment Instrument (DRAI) that is similar to what Baltimore County uses to determine who is detained and who is released to a parent or guardian. Juveniles charged with such crimes as robberies, car thefts and gang activity are more likey to be detained under the new DRAI than under the current standard.

DeVore, who expects the revised DRAI to be implemented in the next two to three months, said the implications of the policy are still uncertain. "Depending on what the new recommendations are, the policy could impact the number of kids put into detention or decrease the number," he said. "But it's really up to Montgomery County officials."

The third part of the county's crime plan is a statewide initiative that ensures inmates serve longer sentences, according to the Gazette. Currently, inmates can cut their prison terms in half through a system of "diminution credits" that rewards good behavior. With the backing of Manger and Leggett, Sen. Nancy King (D-Md.) has proposed a law that would curtail the practice of giving convicts diminution credits, requiring violent offenders to serve at least 85 percent of their sentence. The bill will be discussed during a Maryland House Judiciary Committee hearing on March 18. 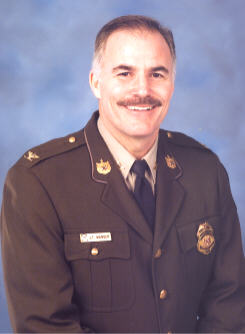 The changes to the county's immigration law have been met with hinted approval from immigration advocates who are working to educate the community on the new policy's implications. "Even though we work with a large number of U.S. citizen youth we have heard some young people say things like 'the police are now going to deport everyone,' " said Candace Kattar, executive director of Identity Inc., a Gaithersburg-based advocacy group that serves Latino youth and their families.

Kattar noted that county leaders have taken a careful and fair strategy in dealing with the recent violence in Montgomery County. "The new policy is a balanced approach," she said. "County Executive Ike Leggett and Police Chief Thomas Manger have agreed to a policy that will hopefully avoid racial profiling. We now hope that officers in the field will carry out the policy as it is written."

Response to the changes was not as approving from anti-illegal immigration organizations, which believe the policy will not have a significant impact on crime in the long run. "This policy is like a half-step," said Brad Botwin, director of Help Save Maryland, a grassroots organization dedicated to preventing illegal immigration. "The reason these changes were proposed was because of seven horrific crimes in Montgomery County that wouldn't have happened if [county officials] had checked the policy earlier."

Botwin added that Help Save Maryland will continue to press government officials for more substantial changes in the criminal justice policy. "Right now, the policy is like putting a band-aid on a machine gun wound," he said. "We're just going to continue to see crime increase."