On Dec. 3, Montgomery County's Office of Legislative Oversight (OLO) released a report on the achievement gap. It detailed how little progress Montgomery County Public Schools (MCPS) has made to close the gap since releasing the previous report in 2015. 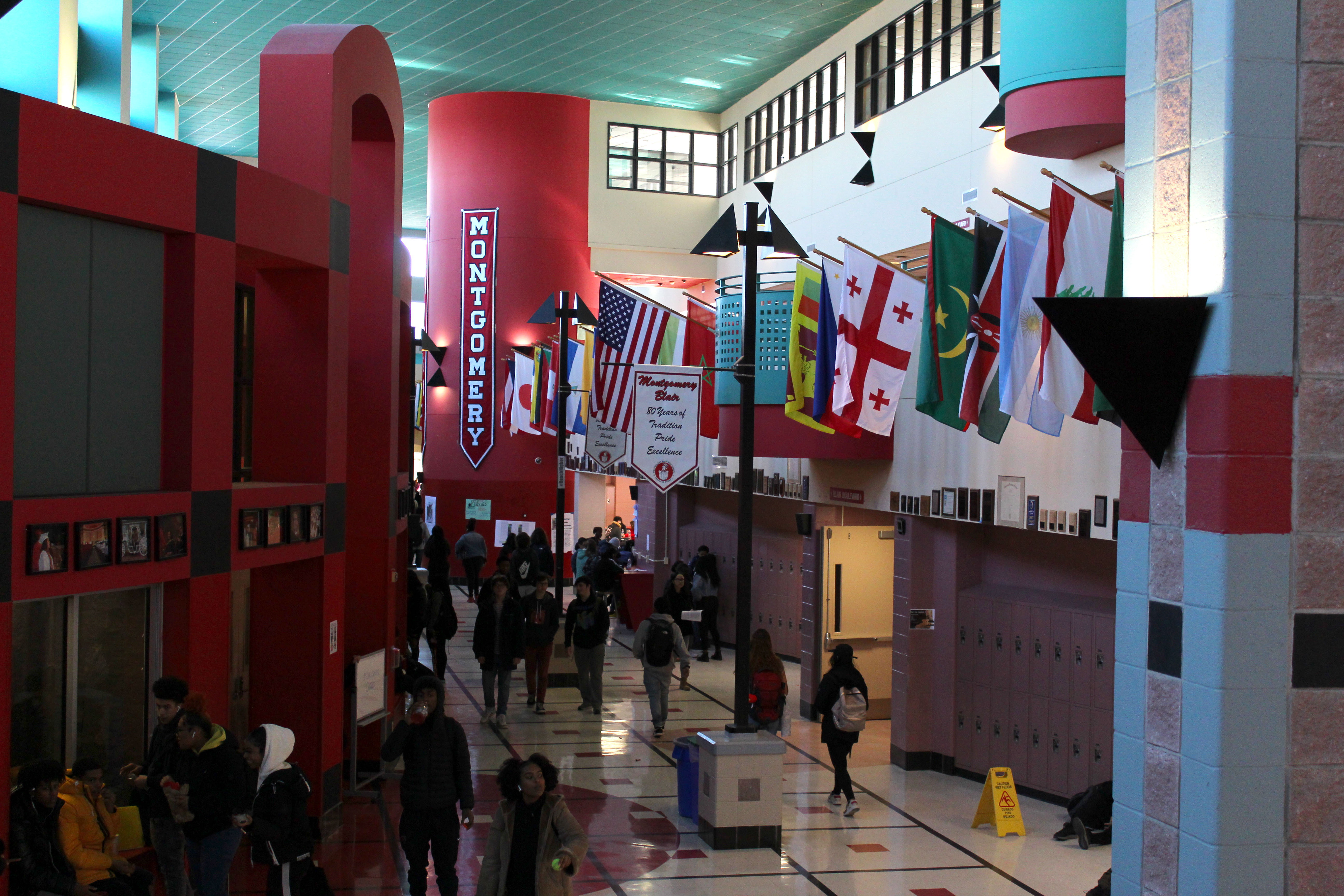 Photo: The achievement gap is evident even in diverse schools like Blair (courtesy of Sydney Hastings-Wilkins).

Photo: The achievement gap is evident even in diverse schools like Blair (courtesy of Sydney Hastings-Wilkins).

The achievement gap takes root in elementary schools. The percentages of Asian and White students in grades three through five who met or exceeded the benchmark performance for the Math Partnership for Assessment of Readiness for College and Careers (PARCC) in 2019 were 79.8 percent and 71.8 percent respectively. Both of these were more than double the percentage of Black students (34.4 percent) and Latinx students (30.1%) who did so.

The Math PARCC scores for middle schoolers were overall worse, but the drop in the percentage of passing Black students (down to 17.1%) and Latinx students (down to 14.6%) was much more significant than that of White (53.5 percent), Asian (56.0 percent) and multiracial (45.7 percent) students.

This trend was also visible in the percentage of students of each race who met performance benchmarks on both the English and Math sections of the SAT in 2019. White, Asian and multiracial students outperformed minority (Black and Latinx) students by anywhere from 25 to 50 percent on both the Math and English sections.

The report also listed what the OLO believes to be the main opportunity gaps. The number one gap was "concentrated poverty among MCPS schools." This has been a highly discussed topic in regard to the county's boundary analysis.

Junior Mihret Asfaw, a frequent attendee of the boundary analysis discussions, noted that a lack of resources is one aspect of concentrated poverty among schools that contributes to the gap. "A lot of the issue with areas that have higher concentrations of poverty is unequal distribution of resources," she said.

The second opportunity gap was the "underfunding of compensatory education and ESOL programs." The report explained that one of the causes of this gap is that in 2019, MCPS disproportionately budgeted money for each service status group. For example, it budgeted $22,900 for special education per student with a disability, as compared to only $1,600-$2,000 for compensatory education per FARMS student and $2,800 for ESOL programs per English learner.

The primary goal of Blair’s Minority Scholars Program (MSP) is to shrink the achievement gap at Blair and across the county. Senior Lauren Lim Chee Yung, a member of MSP and of Blair’s Student Government Association, believes that a lack of funding in poorer schools can be very detrimental to a student’s education. "Schools that don’t have money, it’s more likely for the students to not be as academically inclined, or wanting to achieve more because they’re not being funded," she said. Attempting to redistribute funding more equally across schools could help to close the gap.

Asfaw pointed out that the achievement gaps are not only caused by a lack of equality, but also a lack of equity. "Once the county sits down and we talk about what needs to be done in order to fix it, we can assure that students are starting on the same ground and that each student has equal opportunities to succeed," she said.