Over the past few years, record labels have been coming to terms with the fact that our generation doesn't buy digital music anymore. According to the NPD Group, a leading market research organization, only 37 percent of music downloaded in the United States in 2009 was actually purchased. Decreasing revenue from music sales has forced the music industry to rethink music sales. 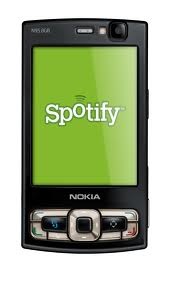 Enter Spotify, the Stockholm-founded music software that is taking over your Facebook newsfeed. The program, launched in Europe three years ago and delivered to the United States last July, offers instant streaming of, as the company claims, "millions and millions" of songs. Spotify has signed deals with most major record labels, including Universal, Sony, EMI and Warner, giving users access to a plethora of contemporary and classic artists. All that's missing are the iTunes-exclusive Beatles albums.

Spotify's revenue comes from short (generally fifteen-or-thirty-second) radio-style advertisements and from paid subscriptions to the site's unlimited and premium versions, which respectively cost five and ten dollars a month. The unlimited version eliminates advertising, while the premium version allows users to listen to music offline, sync their songs and playlists with multiple computers, iPods or mobile devices and stream high quality music.

The software's free version has been very popular; despite the fact that users need a Facebook account to sign up, the company has over ten million active users and that number is quickly rising. However, only around two million people pay for the unlimited and premium versions, netting Spotify significantly less revenue than expected. In 2010, Spotify lost $41.5 million despite a rapidly-growing number of customers. In fact, last year, one million Spotify streams of Lady Gaga songs earned the pop star just $167. That's about one dollar for every 6,000 plays.

Spotify's recent integration with Facebook, unveiled at Facebook's f8 conference in September, has reportedly led to 250,000 new users every day. This highlights the primary draw to Spotify, as opposed to previous streaming services such as Grooveshark: sociability. The coolest thing about the free version of Spotify is that users can see what music their friends are listening to and listen to it themselves simply by clicking on a Facebook notification. This brings music fans together in a way that should make iTunes' Ping drool with envy.

Spotify has yet to make a profit, but I wouldn't be surprised if advertisers start paying through the nose to reach so many people (nobody can ignore the ads - Spotify pauses them when you turn down your volume!). It's quite possible that founders Daniel Ek and Martin Lorentzon have started something that will change music for a long time.