Multi-sport athletes are coming out on top

A growing sentiment among young athletes is that specialization in one sport is the most efficient way to achieve elite status in that sport, and beat out fellow athletes for a spot on a college roster. Many of these athletes subscribe to the 10,000 hour rule, the theory that it takes 10,000 hours of training to perfect a skill. They believe that this rule applies to athletics, and that focusing on one sport will enable them to reach the 10,000 hour mark faster, and give them the best chance to succeed in that sport. However, this is not necessarily the case. Playing multiple sports is generally the best move for aspiring young athletes because it decreases injury risk, allows them to diversify their athletic skill sets and sets them up effectively for future success.

When athletes train exclusively for one sport, they put themselves at greater risk of overworking certain parts of the body, as Dr. Steve Yemm, a sports medicine specialist at Orthopaedic Center of the Rockies, states. "We do see lots of overuse injuries from young people playing the same sport year-round. They use the same muscle groups over and over and over again. Over time, the incidence of injury is much higher than if you mix it up," he said. 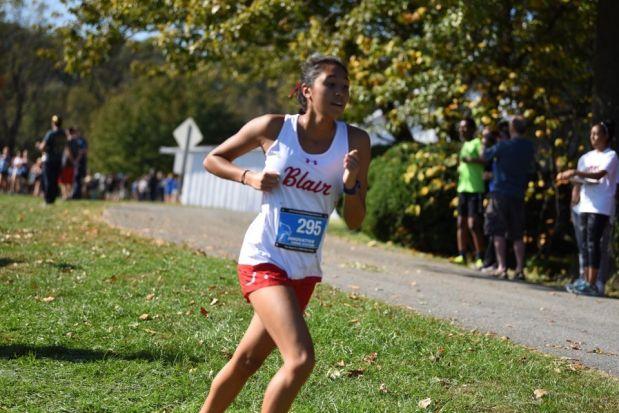 Photo: Sophomore Leah Kannan runs cross country in the fall, which helps prepare her for swimming in the winter.

Photo: Sophomore Leah Kannan runs cross country in the fall, which helps prepare her for swimming in the winter. Photo courtesy of MileSplit.

Playing multiple sports allows athletes to incorporate skills from one sport into another. Sophomore Aidan Rogers, who participates in cross country, wrestling and lacrosse agrees, stating that his other sports help him greatly while playing lacrosse. "Wrestling helps me push people out of the way and get the ball. Cross country helps me to be faster so I can run past people on the lacrosse field," Rogers said. Leah Kannan, a sophomore who swims and runs cross country, shares a similar view. "Running helps my legs get stronger so I can kick better while swimming," she said.

Not only does playing multiple sports help athletes in youth sports and high school, it also gives them a better chance to play in college, and possibly earn a scholarship. The importance of this cannot be understated; college athletes have a significantly higher chance of earning a degree than other college students. A recent study presented at the American Orthopaedic Society for Sports Medicine's annual meeting revealed that on average, high school athletes specialize in one sport by age 12.7, whereas college athletes do not specialize until, on average, age 14.8. Playing multiple sports early on is especially important in certain sports, such as football, lacrosse and track. 71%, 88% and 87% of Division I athletes who play football, lacrosse and track, respectively, were multi-sport athletes in high school. Not coincidentally, all of the top 20 picks in the 2017 NFL draft played multiple sports in high school. Athletes who aspire towards college and professional careers in these sports should definitely consider diversifying their athletic endeavors early on.

There are a few exceptions to the recommendation of playing multiple sports. For a few select sports, such as gymnastics, specializing early is the best way to achieve success. A gymnast's prime occurs in their adolescent years, so specializing early is much more important to success in gymnastics. 87% of Division I women's gymnasts had specialized in the sport by age 12.

However, for most sports, a player's prime does not occur until at least their mid-20s. For that reason, building up a strong athletic base in a variety of sports from an early age is beneficial to the majority of young athletes.