Famous for their rowdy St. Patty's Day weekend shows in Boston, the Dropkick Murphys played before a sold-out crowd last Monday as a part of their "Halfway to St. Patty's Day" tour. Formed in 1996, they immediately caught the public eye for their unusual blend of Celtic traditional sounds, including mandolin and bagpipes, with hard-core punk rock. Touring now behind their most recent album, "The Meanest of Times," in stores Sept. 17, the Dropkicks performed Monday at the Rams Head Live in Baltimore to an extremely enthusiastic crowd response. 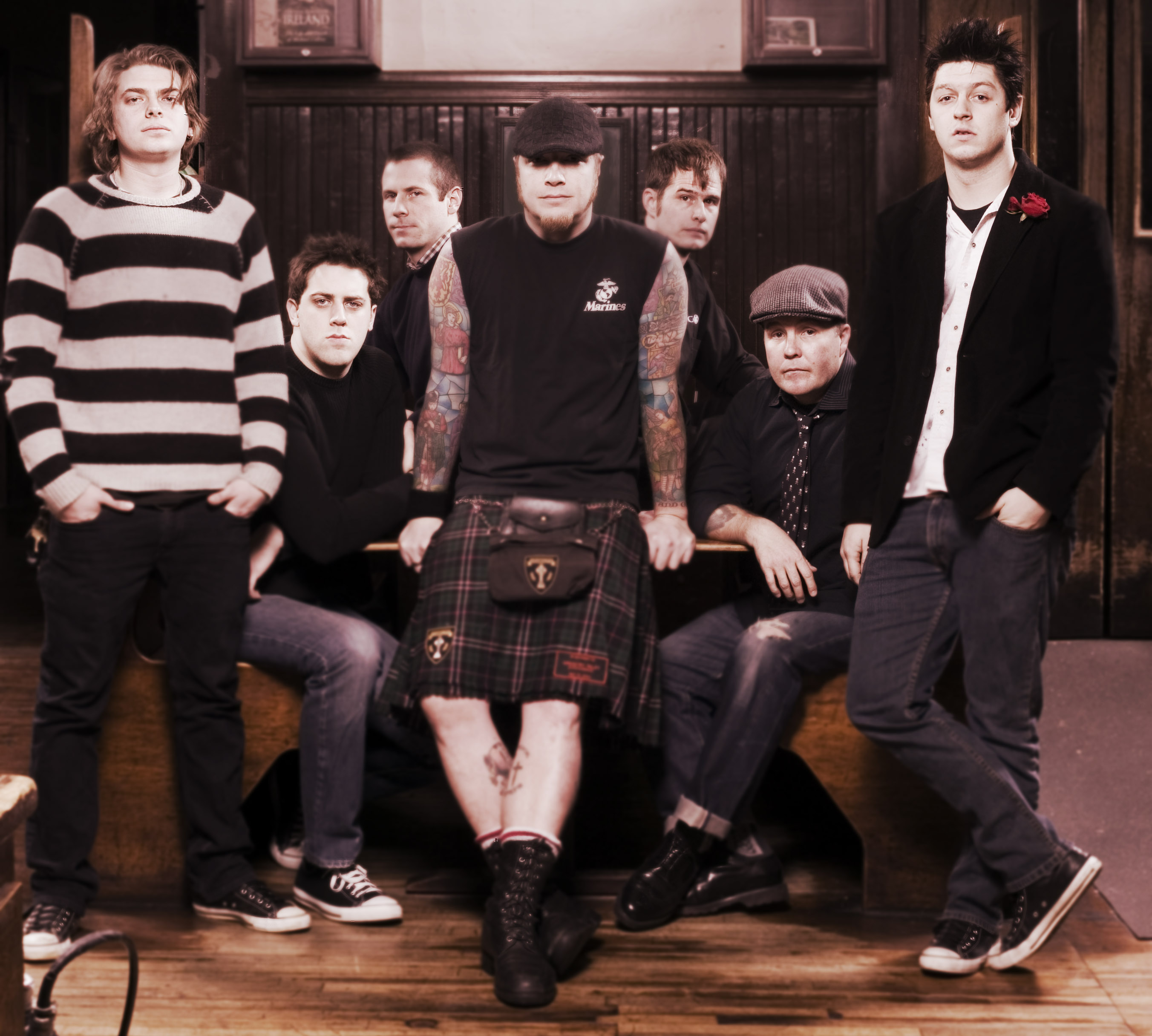 The night started off as former Dropkicks guitarist Rick Barton took the stage with his new band Everybody Out! The Horrorpops also opened, riling up the crowd into a drunken frenzy by the time that the Dropkicks took the stage.

Though they sounded put together and musically strong, Everybody Out played fairly ordinary punk rock. They were good at what they did, though unfortunately, it wasn't all that interesting. Still, they played a tight set, causing the first mosh pits of the evening to form and inspiring several crowd surfers. They left the stage after a relatively short set making room for the second openers, the Horrorpops.

The Horrorpops are a psychobilly band out of Denmark. They formed officially in 1998, featuring Nekromantix bassist Kim Nekroman on guitar, and his wife, Patricia Day, on upright bass and vocals. After Everybody Out, Horrorpops expertly manipulated the now half-drunk and rowdy crowd into a writhing mass of motion, prompting both mosh pits and skanking. Day expertly worked the crowd, intermixing hits like "Walk Like a Zombie" with faster, harder songs.

By the time the Dropkicks took the stage, the audience, comprising a mix of inebriated and enormous middle-aged hard-core fans and punked out teenagers, had worked themselves up, chanting, "Lets go Murphys!" and preemptively packing the pit.

Bursting onto the stage, the Dropkicks prompted immediate moshing and an overwhelming number of crowd-surfers, particularly during faster songs like "Barroom Hero" and "Boys on the Docks." Luckily, the mosh pit was packed tightly enough to support these enthusiastic fans.

The Dropkicks use a unique combination of instruments in their music, and it was clear at some points that the sound tech guys were having trouble balancing the mandolin to the white noise of the two guitars. On faster punk numbers this was more pronounced, but all instruments were audible on songs like "Fields of Athenry" and "The Spicy McHaggis Jig."

Notable moments included "Kiss Me, I'm S—faced," where girls poured over the barrier to join the band on stage, dancing and belting such choice lyrics as "So kiss me, I'm s—faced, I'm soaked, I'm soiled and brown. In the trousers, she kissed me, and I only bought her one round." The rest of the audience, suddenly universally male aside from a few women on the sides, drunkenly swayed and sang along.

After the set ended, a fairly brief but resounding chant of "Let's go Murphys" prompted a brief encore where the audience, this time the men, streamed past security to mosh and crowd surf onstage. The encore included "Skinhead on the MBTA" off of their first album, as well as a cover of Gang Green's "Alcohol."

Playing with insatiable energy and volume, the Dropkicks left the whole audience satisfied, having played big hits like "I'm Shipping Up to Boston" and "Walk Away" as well as other fan favorites. The crowd had nothing but good things to say as they bought tee shirts and stumbled out into downtown Baltimore, hopefully not about to drive home.