On February 10, Craig Stephen Hicks shot and killed Deah Shaddy Barakt, Yusor Mohammad and Razan-Mohammad Abu-Slaha, over what Chapel Hill authorities say was an ongoing dispute over a parking space. This tragedy has once again proven that authorities have turned a dismissed to the mounting hatred against Muslim-Americans, despite evidence that Hicks held animosity towards religion. In the aftermath of this tragedy, Muslims everywhere have come together to support the pleas of the victims' parents; many of whom have faced hatred and abuse in the wake of 9/11 America.

Barakt, Mohamed and Abu-Slaha were young students with futures teeming with promise. Barakat was a sophomore at the University of North Carolina at Chapel Hill, and his wife Yusor was a North Carolina State University (NCSU) graduate planning to enter the UNC Dentistry School later in the year. Yusor's sister Razan was a student at NCSU majoring in architecture and environmental design. They were typical millennials. However, in post-9/11 America, their religion loomed over them. According to victims' relatives, after Abu-Sahla moved into the complex with her husband, the pair experienced hostility from Hicks due to her headscarf, which visibly projected her Islamic faith. Hicks, an atheist, also posted many hateful messages about religion on Facebook.

The FBI defines a hate crime as "a traditional offense like murder, arson or vandalism with an added element of bias." Despite evidence that Hicks harbored prejudice against his neighbors based on their religion, authorities have refused to acknowledge the triple homicide as a hate crime. In their preliminary investigation, the Chapel Hill police deemed that the tragedy "was motivated by an ongoing neighbor dispute over parking." However, Muslims have become a major target of hate crimes in America. According to the FBI, anti-Islamic incidents had the second-lowest rate of reported hate crimes prior to 9/11; post-9/11, they became the second-highest reported among religious bias cases, with a growth in reported incidents of 1600 percent. The FBI also reported that between 2010 and 2013 there was an average of 160 recorded anti-Muslim hate crimes annually. 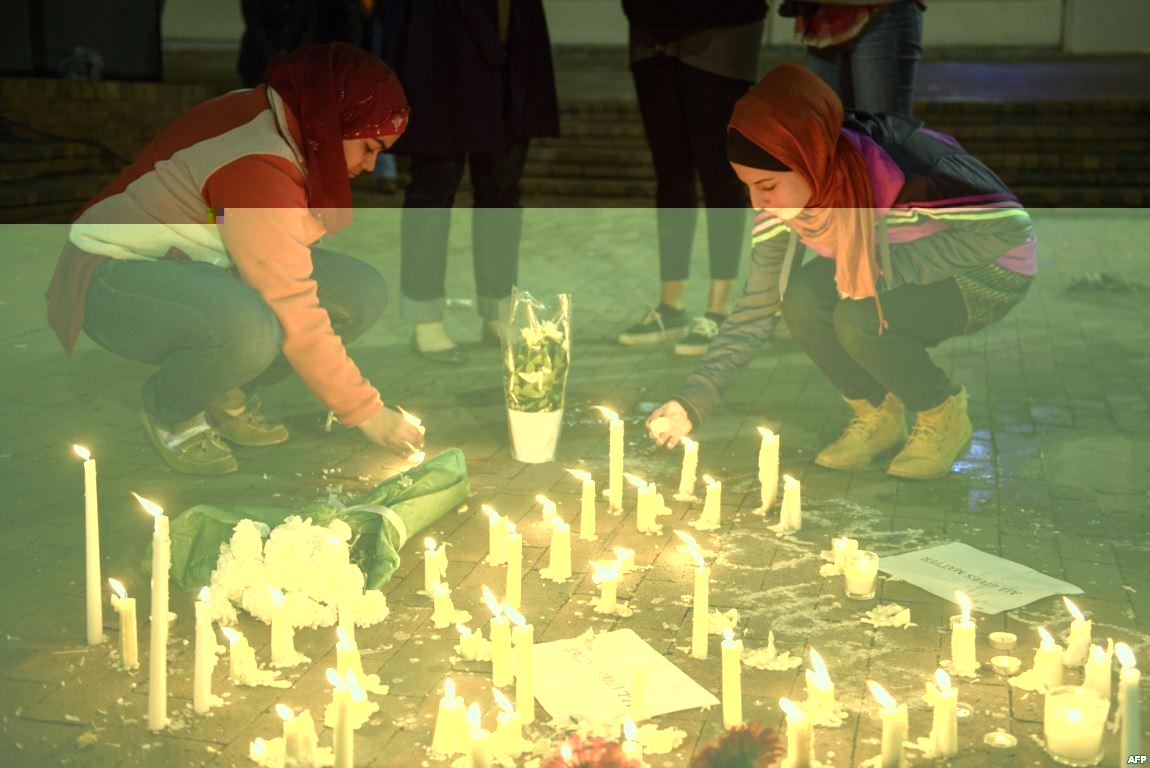 Despite those increases, this data is still not representative of the true nature and extent of anti-Muslim hate crimes. Many hate crimes towards Muslims go unreported. Since Muslims have been targets of excessive scrutiny from law enforcement in the forms of massive surveillance, questioning and harassment, any trust in the system has eroded. The Department of Justice approximates that the real level of hate crimes is 20 to 30 times higher than that reported by the FBI.

The media response of the early January shooting at the satirical newspaper Charlie Hebdo in France compared to the recent tragedy in Chapel Hill is a testimony to the bias and negative representation Muslims face on not only national, but global level. In the Charlie Hebdo shooting, the perpetrators were quick to be called terrorists because they were Muslim, whereas, because Hicks is white he is not labeled as a terrorist even though his actions were also targeted and stemmed from hate. There is a tendency for white violence to be humanized and justified with the "lone wolf" label or mental imbalance in the media. This is why the news outlets continue to insist that until otherwise proven, Hicks was motivated simply by a parking dispute. Additionally, many mainstream news platforms were incredibly slow to provide coverage of the Chapel Hill tragedy, unlike in the wake of Charlie Hebdo, where there was immediate reporting. This failure on behalf of the media has led to massive uproar among the Muslim community and their supporters. Many have taken to social media as well, and the hashtag "MuslimLivesMatter", based off the "BlackLivesMatter" movement, has been splashed across twitter and protest signs.

The fact that the true nature of the crime has been dismissed by authorities is pure disrespect to the victims' families who are seeking closure in the wake of such a horrific tragedy. The disrespect has gone so far as Fox News running a special on how to find a parking space without getting into a dispute. This failure to admit that as a nation we have many negative sentiments towards our Muslim neighbors is an issue that needs to be addressed. We are failing our Muslim-American neighbors as we are not protecting or defending their rights as citizens, but rather ignoring the animosity and hostility they face. People rarely get killed or assaulted over parking spaces, but when the people in question are Muslim, it becomes much more common.