My teachers can barely use Canvas. Why on earth would we give them guns?

A look into whether teachers should be armed

After the recent Parkland shooting, there has been a heated debate over whether teachers should be armed. Many right wing politicians, such as Wisconsin State Rep. Jessie Kremer, who introduced a bill that would allow licensed teachers to bring concealed firearms into private schools, advocate for teachers being armed in order to protect our children. Even our president advocated for the arming of teachers in a White House interview.

It's understandable why some people want to arm teachers. All parents want their kids to be safe, and some feel that arming teachers will somehow protect their children in school. This sentiment is fueled by a pro-gun rhetoric from politicians who preach the idea that by introducing more guns, schools will become safer. 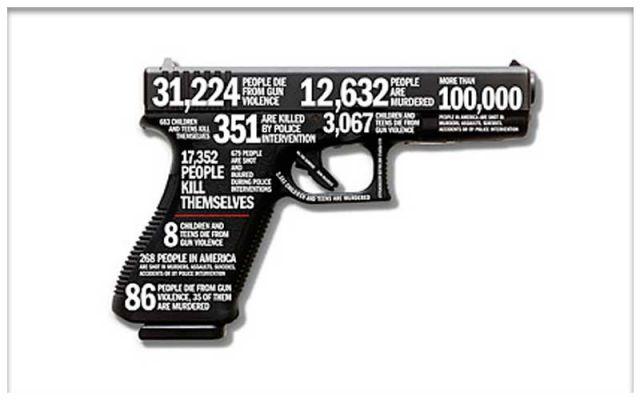 In fact, arming teachers may make schools less safe. Arming teachers can be dangerous and lead to accidents that hurt students. Take what happened in Seaside High School in North California. A teacher accidentally fired his gun inside a classroom, resulting in three students being injured. While no one suffered serious injuries, a student could have been severely injured or killed. Additionally, arming teachers creates an environment where students can potentially get their hands on guns in school. One irresponsible teacher with a gun can lead to the deaths of many students. The goal is to make schools safer, not unsafe. Arming teachers will ultimately harm children in the long run.

Arming teachers involves buying massive amounts of handguns to distribute to teachers as well as setting up training programs for teachers who are interested in carrying firearms. This costs time and money that most school systems don't have. According to a Washington Post analysis, arming 20% of teachers as President Trump suggested, would cost a minimum of $251 million and exceed $1 billion at most. Somehow, gun advocates still expect the Department of Education to find funding for arming teachers. Many school systems are underfunded and can barely afford classroom materials, nevertheless pay for guns and gun safety trainings. Take Maryland, the wealthiest state in the nation. A study conducted by Maryland State Department of Education consultants found that Maryland alone has a $2.9 billion funding gap. Athanasia Kyriakakos, 2016-2017 Teacher of the Year, has described how she didn't have desks in her classroom during her first year teaching at Mervo High School in Baltimore. Desks, pencils and teacher salaries should all be sufficiently funded before anyone thinks about arming teachers.

Even if we do arm teachers, it doesn't mean that our schools will be safer. When talking to Montgomery Blair Computer Science teacher Samir Paul, he explained that you cannot counteract violence with guns. "A lot of gun advocates, they say that the only way to stop a bad guy with a gun is a good guy with a gun, but they ignore the fact that for every one justifiable gun homicide or gun killing in this country there are 35 criminal homicides and over 70 gun suicides," he said. There is no strong statistical evidence that arming teachers leads to safer schools. Furthermore, we cannot expect teachers to be able to take down school shooters. Typically, chaos and panic break out when an armed person enters a campus. It is unrealistic to presume that teachers, who are most likely terrified for their lives, will be calm enough and will have the technical skills to take down a school shooter.

There are better ways to make schools safer

There are several less costly and more efficient ways to make schools safer besides arming teachers. For example, Blair recently implemented a new sign-in policy that makes all visitors enter through the main office. This ensures that everybody who enters is checked by security and is supposed to be in the school. Little changes like these can be implemented in other schools to make sure that the campus is more safe. To make schools safer, rather than arming teachers, efforts should be focused on banning assault rifles and raising the gun ownership age to 21. The Parkland shooter was a 19 year old who was able to legally get his hands on a AR-15, a semi-automatic assault rifle, through legal means. Rather than introducing more guns into the system, we should focus on removing the dangerous ones that are inexplicably available to people that are barely adults.

Let's make one thing clear, the goal is not to take all guns away. While some may view it as flawed, the second amendment states the every man has the right to bear arms. However, it is our duty as citizens to own guns in a safe manner that will limit potential dangers to ourselves and others around us. Just as with background checks, the goal of choosing to not arm teachers is make our children safer, not to take away guns from law abiding citizens.

Arming teachers is a short-term, hastily proposed solution that is fundamentally flawed. Arming teachers creates opportunities for accidents that can harm students. A student can also potentially get hold of a gun from an irresponsible teacher, putting others at risk. And even if it was somewhat beneficial to arm teachers, many schools simply do not have the funds to do so. Rather than trying to arm teachers, let's focus on more important issues like funding STEM and arts programs in schools. To reduce school shootings, we don't need to arm every adult on campus, we need to ban assault rifles and make sure that only responsible, qualified citizens are able to purchase these deadly weapons.