This is not original reporting. All information has been compiled from CNN and The Washington Post. Silver Chips Online posts this news summary to provide readers with a forum for discussion. 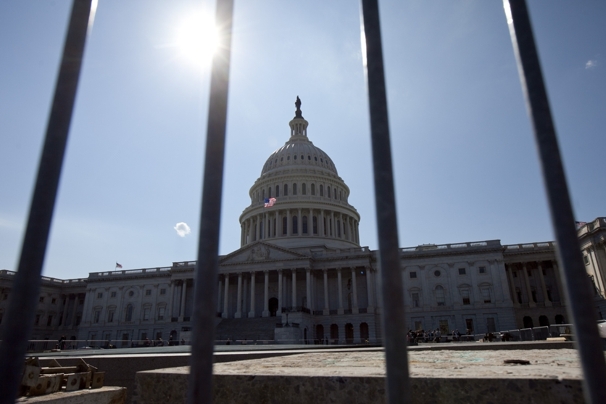 Photo: The Capitol building stands behind a fence in Washington, D.C., U.S., on Wednesday, April 6 as Democrats and Republicans continue to work towards an agreement on the federal budge

Photo: The Capitol building stands behind a fence in Washington, D.C., U.S., on Wednesday, April 6 as Democrats and Republicans continue to work towards an agreement on the federal budge

April 8 - Congressional leaders agreed late Friday to a compromise that will keep the federal government funded for the remainder of the fiscal year. House Speaker John A. Boehner (R-Ohio) announced the deal, which had a midnight deadline, just before 11 p.m. If finalized, the measure would cut $37.8 billion from the federal budget through the end of September. In the spirit of compromise, Democrats agreed to cut more out of the budget and include a policy rider that forbids public money from going to D.C. abortion clinics. In return Republicans dropped a demand to take federal funds from the group Planned Parenthood, according to aides in both parties.

Southwest, Kentucky
April 4 - A tornado moved in Monday afternoon onto a manufacturing plant for automotive parts in southwestern Kentucky. According to officials, the tornado tossed pieces of the roof, collapsed part of the aluminum structure and injured seven of the 184 total employees. In addition, tornado watches were in effect Monday night in portions of Louisiana, Mississippi, northwestern Florida, most of Alabama and northern Georgia, including Atlanta. Severe thunderstorms were moving through and flood warnings were issued in some areas.

Iower, Arizona
April 11 - The U.S. Court of Appeals for the 9th Circuit ruled that one of the most controversial provisions of the Arizona immigration law passed last year will remain blocked. The provision allows police to question people whom they have a reasonable suspicion are illegal immigrants. This was a victory for the Obama administration, which hopes to overturn the entire legislation. In a split decision, a three-judge panel found that U.S. District Judge Susan R. Bolton did not abuse her discretion in blocking parts of the law. The court ruled only on Bolton's order, not on whether the Arizona measure is legal. Judges gave strong indications that they accept the administration's argument that the legislation is unconstitutional and that they would rule that way in the end. 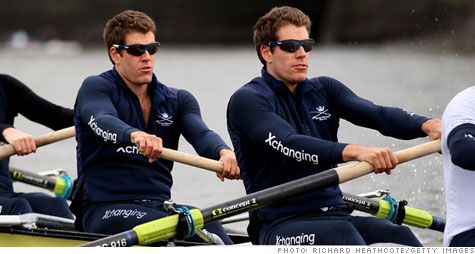 Photo: The Winklevoss twins, a.k.a. the Winklevii, have been locked in a years-long legal battle over the creation of Facebook.

Photo: The Winklevoss twins, a.k.a. the Winklevii, have been locked in a years-long legal battle over the creation of Facebook.

San Francisco, California
April 11 - A federal appeals judge on Monday affirmed a lower court ruling which said that the twins Cameron and Tyler Winklevoss cannot unwind a settlement they signed in 2008 over the creation of Facebook. The legal battles was made popular in the Oscar-nominated film, "The Social Network." The Winklevoss twins and a third Harvard classmate, Divya Narendra, filed suit in 2004 against Facebook and CEO Mark Zuckerberg. The trio alleged that Zuckerberg had stolen the idea for Facebook from them. In 2008, the Winklevosses and Narendra signed a settlement valued at $65 million, part in cash and part in Facebook stock. However, the trio later claimed that Facebook had misrepresented the value of its stock and took the resettlement case to court.