This is not original reporting. All information has been compiled from CNN, The Washington Post, and USA Today. Silver Chips Online posts this news summary to provide readers with a forum for discussion.

Los Angeles, California
Nov. 25 – On Black Friday, a Southern California woman pepper-sprayed fellow shoppers at a Wal-Mart in order to secure a half-price Xbox. There were 20 or so alleged victims in the incident. Though the woman who committed the crime has turned herself in to the Los Angeles police authorities, the investigation is ongoing. 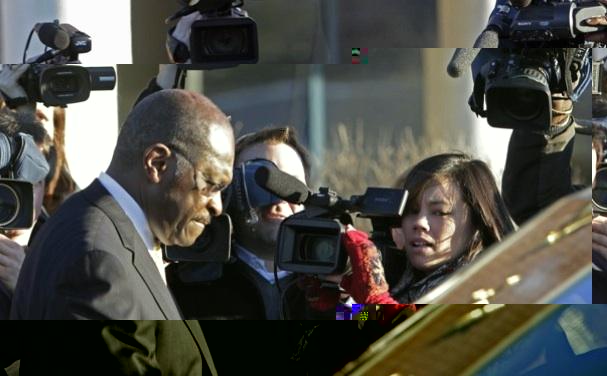 Photo: At a press conference on Dec. 3, Hermain Cain announced his decision to drop out of the presidential race.

Photo: At a press conference on Dec. 3, Hermain Cain announced his decision to drop out of the presidential race. Photo courtesy of Associated Press.

Atlanta, Georgia
Dec. 3 – At an Atlanta event, Republican Herman Cain announced his decision to drop out of the presidential race. Earlier in the week, Atlanta resident Ginger White went public with her claim that she had an affair with Cain for over a decade. At the time, Cain was already under fire from three women accusing him of sexual misconduct in the late 1990s. As a result, Cain's poll ratings took a sizeable hit, eventually causing him to drop his candidacy. With Cain leaving the race, Republican support has shifted to Newt Gingrich.

Syracuse, New York
Nov. 27 – Syracuse assistant basketball coach Bernie Fine was fired in response to allegations of sexual abuse. Two former Syracuse ball boys alleged on ESPN's "Outside the Lines" that Fine had molested them. Fine is now under investigation and could be charged for his crimes in the near future. This story comes mere weeks after Penn State football assistant Jerry Sandusky was fired and put under investigation for child molestation. 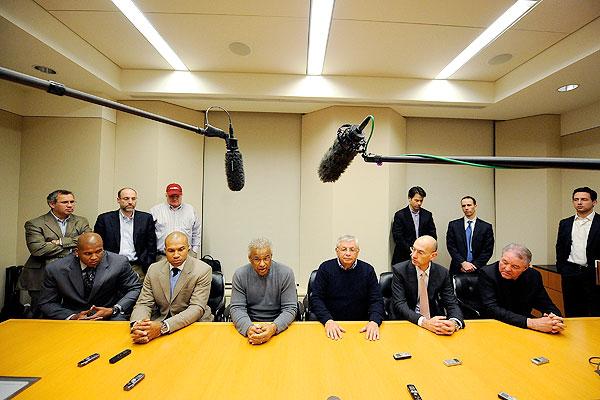 Photo: On Nov. 26, NBA players and owners reached a deal to end the lockout. The shortened, 66-game season will begin on Dec. 25.

Photo: On Nov. 26, NBA players and owners reached a deal to end the lockout. The shortened, 66-game season will begin on Dec. 25. Photo courtesy of ESPN.

New York, New York
Nov. 26 – Players and owners finally came to an agreement to end the National Basketball Association (NBA) lockout. The work stoppage began on July 1, and after nearly five months of negotiation, basketball is finally back. The new deal will allow players to receive 51.2 percent of all basketball-related income (BRI), while the owners will receive the other 48.8 percent. The shortened season, consisting of 66 games, will begin on Christmas Day.