This is not original reporting. All information has been compiled from CNN, The Washington Post, and USA Today. Silver Chips Online posts this news summary to provide readers with a forum for discussion. 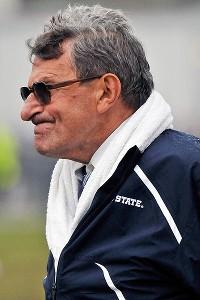 State College, Pennsylvania
Nov. 9 - Joe Paterno, head football coach at Penn State, was fired by the school's Board of Trustees, along with four other administrators who lost jobs due to a child molestation scandal. Paterno allegedly knowingly failed to report former assistant coach Jerry Sandusky's molestation of at least eight boys between 1994 and 2009. Paterno had announced earlier in the day that he would retire at the end of the season.

New York, New York
Nov. 19 - Officials arrested a terror suspect, who had voiced opinions of anger at police and United States soldiers returning from overseas, according to NBC New York. It was reported the suspect was found with the makings of a pipe bomb when further investigated. New York officials will discuss the events at a press conference on Nov. 20 at 7:30 p.m. 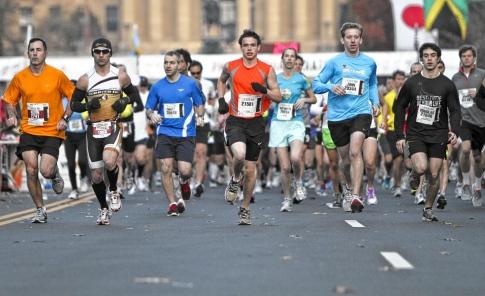 Photo: Conditions were ideal for runners during this year's Philadelphia Marathon, which may have led to carelessness from runners.

Photo: Conditions were ideal for runners during this year's Philadelphia Marathon, which may have led to carelessness from runners.

Nov. 18 - Two runners died while participating in the Philadelphia Marathon, a 21-year old at the finish and a 40-year old just before the finish. Their identities and cause of deaths have not yet been released to the public. Authorities say they still need to contact the families of the deceased before releasing anything to the press. The weather on the day of the race, which began at 7 a.m., was reported as cool temperatures and light wind, which is ideal for runners. Many were surprised by the deaths.

Davis, California
Nov. 21 – University of California at Davis police chief Annette Spicuzza was put on administrative leave after officers used pepper spray against Occupy Wall Street protestors on campus. Roughly twelve protestors affiliated with the movement were sprayed while peacefully sitting on the ground last Friday. Many have called for school chancellor Linda Katehi to resign. However, Katehi claims to share the sentiment of the demonstrators. Officials will create a task force to investigate the use of pepper spray and issue recommendations within a month.