This is not original reporting. All information has been compiled from CNN, The New York Times and The Washington Post. Silver Chips Online posts this news summary to provide readers with a forum for discussion.

Washington, D.C.
Oct. 22 – The Drug Enforcement Adminstration (DEA) has taken emergency action to ban three chemicals used to make substances marketed as "bath salts" that can also be used as recreational drugs similar to cocaine, LSD and methamphetamine. The action places mephedrone, methylenedioxypyrovalerone (MDPV) and methylone under the DEA's most restrictive category for at least a year, while the agency studies whether the substances should be permanently banned. The "bath salts" have become increasingly popular amongst young adults. 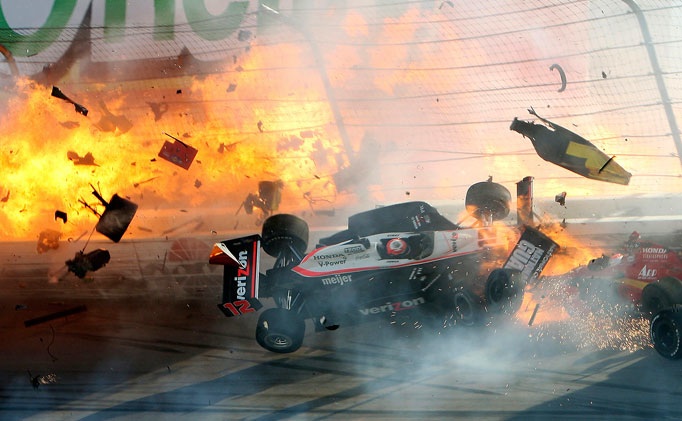 Las Vegas, Nevada
Oct. 16 – Indy Car racer Dan Wheldon, 33, was killed in a 15-car wreck at the Las Vegas Indy 300. The cause of his death, according to the Clark County Coroner's Office, was "blunt head trauma" and Wheldon's death has been ruled an accident. Wheldon was near the back of the 34-car race when numerous cars ahead of him began spinning out of control. His death has caused many to question the safety of both the Las Vegas racetrack and the safety of current racecar models.

New York City, NY
Oct. 22 – The heir to the Saudi Arabian throne, Crown Prince Sultan bin Abdulaziz Al-Saud, died in a New York hospital early Saturday morning. He had been sick for some time and was reportedly receiving treatment for cancer. His burial is scheduled for Tuesday and his body will be flown back to Saudi Arabia for the necessary ceremonies. Both President Obama and Robert Jordan, former U.S. Ambassador to Saudi Arabia, referred to Sultan as a "staunch ally" and a "valued friend" of the United States. The next successor to the throne will be his brother, Nayef. 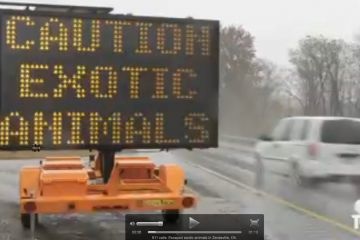 Photo: A number of exotic animals were released in Zanesville, OH this past week.

Photo: A number of exotic animals were released in Zanesville, OH this past week.

Zanesville, Ohio
Oct. 19 – Terry Thompson, 62, released 56 exotic animals from his farm outside of Zanesville, OH before committing suicide. As of Wednesday afternoon, the sheriff's deputies had killed approximately 49 animals, including lions, wolves, bears and a baboon. Those animals that were detained alive were taken to the Columbus Zoo. The incident has caused many to question the sheriff's methods in capturing the animals, with many animal rights activists outraged at the number of killings that took place.