This is not original reporting. All information has been compiled from the Washington Post and the New York Times. Silver Chips Online posts this news summary to provide readers with a forum for discussion. 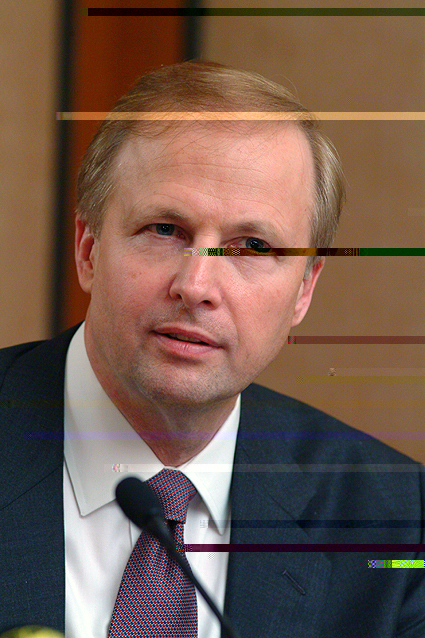 New Orleans, LA
Sept. 29 – British Petroleum (BP) chief executive Bob Dudley, who replaced former CEO Tony Hayward in July, is creating a new global safety division titled the "Safety & Operational Risk Unit," which will have authority to intervene in all aspects of BP's technical activities. Mark Bly, who presently serves as chief of company safety, has been appointed to lead the new division. Dudley hopes that this rearrangement of BP executives will alleviate the criticism that the company has received regarding which executives were chiefly responsible for the spill earlier this year.

Washington, D.C.
Sept. 29 – A child's nutrition bill, long endorsed by First lady Michelle Obama, was stalled in the House Wednesday after 100 Democrats and several anti-hunger groups protested its funding tactic. The bill would have set high nutrition standards for public schools across the nation but would increased spending on school meals, potentially adding up to about $4.5 billion for the course of 10 years. Although the bill was unanimously passed in the Senate this summer, these anti-hunger groups were angered that the bill would cost the federal food stamp program (SNAP) approximately $2 billion. 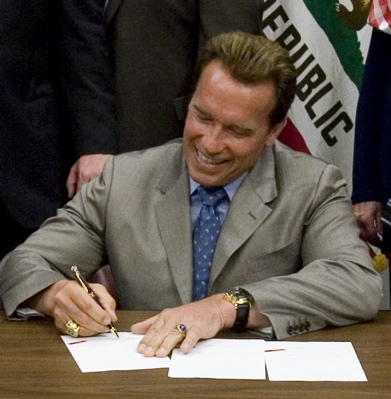 Photo: Arnold Schwarzenegger has stated that, although he supports the new marijuana law, he is not a supporter of Proposition 19.

Photo: Arnold Schwarzenegger has stated that, although he supports the new marijuana law, he is not a supporter of Proposition 19. Photo courtesy of Hollywood Today.

Sacramento, CA
Sept. 30 – The California state punishment for possessing less than one ounce of marijuana has reduced from a misdemeanor to an infraction, going into effect Jan 1. Under this new bill, if caught with possession of less than one ounce, the owner will still have to pay a $100 fine; however, the owner will not serve jail time. Governor Arnold Schwarzenegger explained that the California court system can no longer afford to spend money on such small scale cases. Next month, Californians will vote either for or against Proposition 19, the bill that will legalize recreational use of marijuana in California.

Sept. 22 – In order to improve struggling public schools in Newark, NJ, founder and chief executive of Facebook Mark Zuckerberg has pledged $100 million to the school system. Newark's governor Chris Christie will give some authority over how the school system appropriates the money to Mayor Cory A. Booker. This arrangement was announced that Friday on the "Oprah Winfrey Show.” The Newark school system was declared a failure in 1995 and has not been able to improve since. The governor wants the mayor to be active in choosing a new superintendent and in redesigning the school system.