The Nats defeated the Astros 6-2 in Game 7

On Wednesday, Oct. 30, the Washington Nationals beat the Houston Astros 6-2 in Game 7 of the World Series in Houston to win their first MLB championship in franchise history.

The Nationals' season got off to a rough start. They began with a record of 19-31, which is the worst start of any team that's gone on to win the World Series, according to the Washington Post. However, their season quickly improved from there.

They ended the regular season as number one in the wild card standings. They defeated the Milwaukee Brewers in the National League wild card game to advance to the National League Division Series, where they beat the Los Angeles Dodgers in five. The Nats then swept the St. Louis Cardinals in four games to play in the World Series.

The Nats looked as if they were going to easily defeat the Astros after they won the first two games in Houston. However, that quickly took a turn when they lost the next three games, all at home. Things were looking rough for the Nats going into Game 6, but they managed to pull out the win with Stephen Strasburg pitching.

Game 7 was a winner-take-all match, and it looked like the Astros were going to take it going into the seventh inning, until Anthony Rendon and Howie Kendrick both hit home runs to give the Nats a one-run lead. They continued to pull away in the eighth and ninth innings to win 6-2.

It was the first World Series win in the Nationals' franchise history, though not the first for a D.C. baseball team. The Homestead Grays, a Washington-based African-American segregated baseball team, won it in 1924.

D.C. fans were thrilled on Wednesday night, and their reactions to pitcher Daniel Hudson's strikeout to end the game were quite "bryceless." There was a parade celebrating the Nats' victory on Saturday, Nov. 2 that began at 2 p.m. near the Washington Monument and went down Constitution Ave. for a rally at 3:30 p.m. at the intersection of Pennsylvania Ave. and Third St. NW. 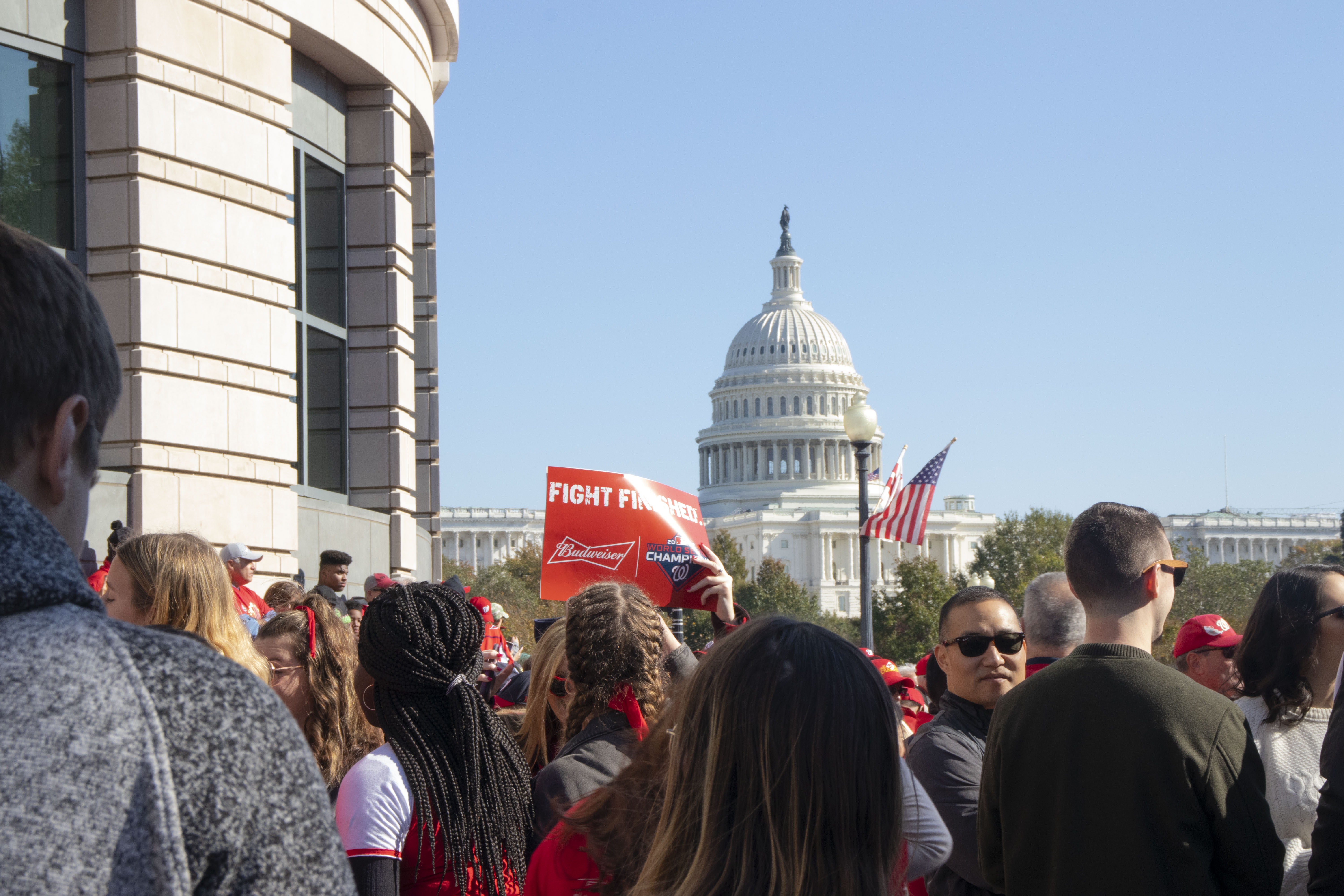 Junior Bridget Griffith, a Nats fan who attended the parade, thought it was an enjoyable experience and was happy that the Nats' finally got a World Series pennant. "It was really fun, it was cool to finally have a good D.C. baseball team," she said.