SCO maps out the award winners

In a year filled with impressive acting and innovative plot lines that left the critics stunned, the nominees for Best Picture have been biting their nails. "The Social Network" is emerging as a clear favorite and has already won what seems like hundreds of awards. Darren Aronofsky's "Black Swan" also stole the hearts of many around the world, while viewers of "Inception" are still waiting for their minds to return to a normal state. Not to mention, both Mark Wahlberg ("The Fighter") and Colin Firth ("The King's Speech") gave superb emotional performances that connected directly with audiences.

As the days have wound down before the stars come out to celebrate their accomplishments in the film and television world, these SCO experts have been awaiting Sunday's Golden Globes for months. Here are our choices for the Best of the Best, starting with Best Actor in a Drama: 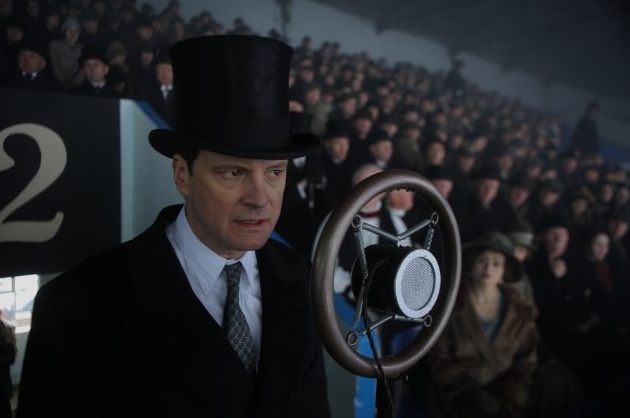 Photo: Colin Firth, who is likely to win the Best Actor (Drama) Golden Globe, plays a king with a stutter in "The King's Speech."

Photo: Colin Firth, who is likely to win the Best Actor (Drama) Golden Globe, plays a king with a stutter in "The King's Speech." Photo courtesy of Momentum Pictures .

Sarah says: Colin Firth The charming Colin Firth has this award in his pocket. In "The King's Speech," he delivers a top-notch performance as the stuttering King George VI, who must become a leader as World War II looms. Geoffrey Rush's character, a quirky and unorthodox speech therapist, provides an excellent foil to the self-conscious king. Even so, the king's endearing and achingly raw relationship with his wife Elizabeth, played by a superb Helena Bonham Carter, sets Firth apart from the other nominees. If his acceptance speech is as moving as the one in the film, audiences should bring a hanky.

Melissa says: Colin Firth I've got to agree with Sarah on this one. Colin Firth's performance as King George VI in "The King's Speech" was fantastic. Firth's emotion ran deep throughout the film, enabling him to connect with the audience for an absolutely heartwarming experience. Plus, Firth's relationships with his brother Edward VIII (Guy Pearce) and character name (Rush) are also easily relatable. The characters all work well off each other, which helps the film develop into perfection. Firth's character stands out in "The King's Speech" and among the other nominees, making a clear case as to why he should be recognized for his sincere performance. 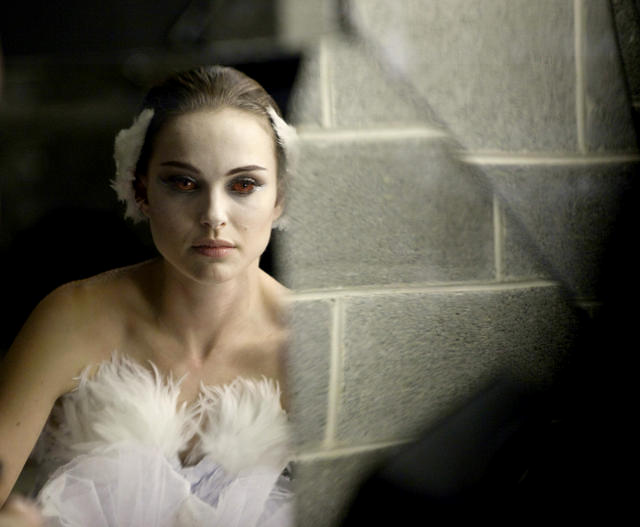 Photo: Natalie Portman, star of "Black Swan," is likely to win the Best Actress (Drama) Golden Globe for her portrayal of a psychologically disturbed ballerina.

Photo: Natalie Portman, star of "Black Swan," is likely to win the Best Actress (Drama) Golden Globe for her portrayal of a psychologically disturbed ballerina. Photo courtesy of Fox Searchlight .

Sarah says: Natalie Portman Ouch. Not one of these indies stands a chance against the box-office phenomenon and crowd-pleasing psychological thriller that is "Black Swan." Natalie Portman, who trained for months on end to give an accurate performance, is equal parts breathtaking and terrifying as a ballerina at her breaking point. Even so, Nicole Kidman and Michelle Williams deserve their dues for bringing another dimension to their one-sided works. Jennifer Lawrence comes as the most surprising and deserving to be on that list. Though she doesn't have the age or experience to take the award, Lawrence should be commended for making the bleak Ozark wilderness of "Winter's Bone" become a comfort and a nightmare.

Melissa says: Natalie Portman This one's a no-brainer. Natalie Portman's role as Nina in "Black Swan" was not only magnificent but also her best performance in a film to-date. Although the other nominees also brought something new and inventive to the table – Michelle Williams in "Blue Valentine" is a must-see – Portman absolutely blows the other actresses out of the water. Her passion and increasingly warped portrayal as Nina brought out a side of Portman that not many have seen before. In a category filled with some slightly unknown nominees – some of which haven't been released yet – Natalie Portman should be recognized for her thrilling performance.

Best Animated Feature Film:
Despicable Me
How to Train Your Dragon
The Illusionist
Tangled
Toy Story 3 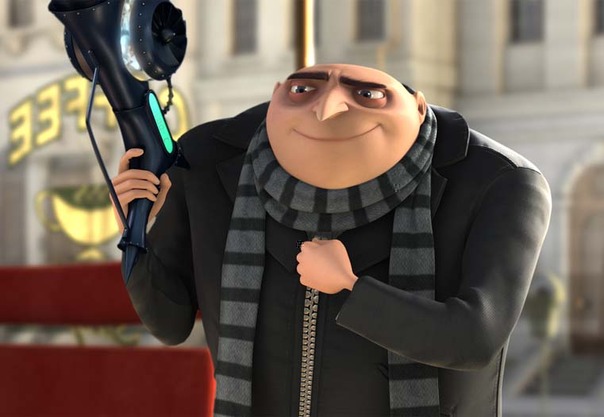 Photo: Gru, voice by Steve Carell, is a lovable supervillain in "Despicable Me."

Photo: Gru, voice by Steve Carell, is a lovable supervillain in "Despicable Me." Photo courtesy of Universal Pictures .

Sarah says: "Despicable Me" There's nothing despicable about "Despicable Me" – this family film touches all the right notes to bring home a Golden Globe. Steve Carell is barely recognizable as the voice of Gru, a loveable supervillain who, in spite of his nefarious ways, starts to care for a trio of orphans. "The Illusionist," an enchanting film about a magician who has fallen upon hard times, is another possible contender. Nonetheless, "Despicable Me" has more than enough wit and imagination to trump the slow plot line in "Tangled," the tired concept of "Toy Story 3" and the clunky animation in "How to Train Your Dragon."

Melissa says: "Toy Story 3" The HFPA's got a hard decision to make. Should they pick the undeniable, cutesy humor that "Despicable Me" brings to the table or the final installment to the classic favorite "Toy Story 3?" Personally, I'm thinking they'll go with the third chapter of "Toy Story." The film series finally came to an end with this third installment and Pixar knew exactly what to do in order to make sure that audiences left the theater satisfied. With new cinematographic techniques perfected in movies such as "Up" and "Wall-E," viewers even got the option of seeing "Toy Story 3" in 3-D! It can't get much better in that. The last of the series will certainly take home the Golden Globe for Best Animated film.

Sarah says: David Russell This is a tricky one. David Fincher has so many awards under his belt for "The Social Network" that he'll probably die a happy man, and Darren Aronofsky is certainly in the running to get his hands on a Golden Globe for his masterful "Black Swan." Of course, the mind-bending effects of "Inception" and the beautiful cinematography of "The King's Speech" are far from forgettable. The HFPA has a tough choice this year, but David Russell deserves the win for presenting the story of a down-and-out boxer in "The Fighter." Russell should be commended for blending a pitch-perfect script with an unbeatable cast to produce a magnificent motion picture.

Melissa says: Darren Aronofsky "Black Swan" director Darren Aronofsky did something this year that many of the others just were not able to accomplish. His psychological thriller left audiences shocked, confused and most of all, absolutely astonished. Aronofsky brought the audience into the competitive world of ballet, showing both the sacrifices and injuries that many ballerinas must learn to live with in order to take their careers to new heights. His impressive work and direction in "Black Swan" should be acknowledged by the HFPA at this year's Golden Globes. 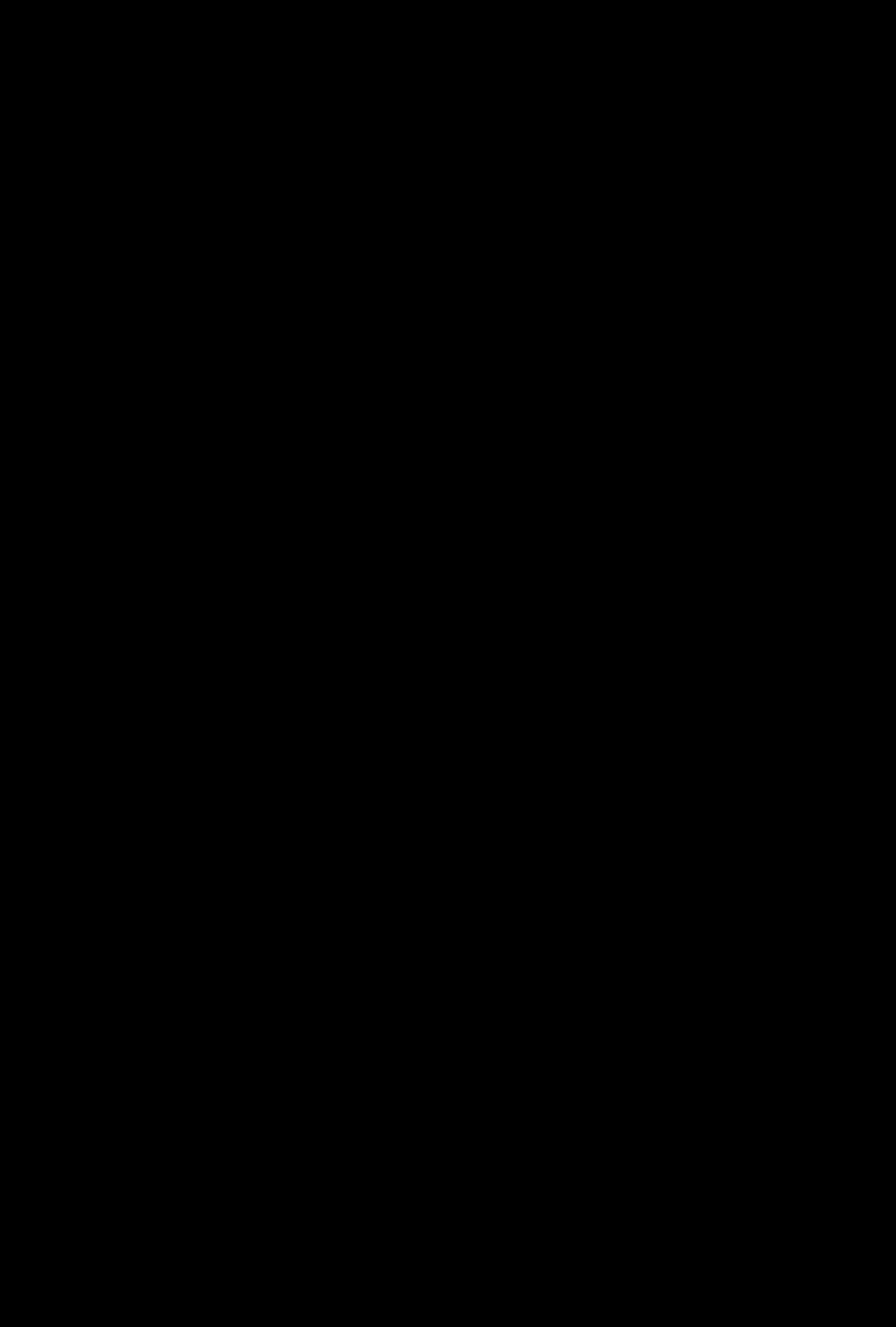 Photo: "The Social Network" is a favorite among critics and is up for several nominations this award season.

Photo: "The Social Network" is a favorite among critics and is up for several nominations this award season. Photo courtesy of Relativity Media.

Sarah says: The Social Network A five-way tie? All of these films are slated to be Oscar contenders and all deserve a spot on the Best Picture list. "Black Swan" brings a twisted and brutal perspective to the art of ballet. "The Fighter" has refreshed the old underdog story with a backdrop of familial tension. Nonetheless, "The Social Network" is going to win for its gripping – if somewhat fictional – portrayal of billionaire and Facebook founder, Mark Zuckerberg. The film has swept up nearly 50 awards and is riding a wave of critical acclaim. Unless the Hollywood Foreign Press Association (HFPA) opts for a five-way split, "The Social Network" has the best chance of taking home the win.

Melissa says: The Social Network Every single one of the films up for Best Motion Picture have earned spots on the list. As mind-blowing as "Inception” is, the film won't be able to beat out any of the other four films up for the award. Honestly, the battle for Best Motion Picture comes down to two films: "The Social Network" and "Black Swan." "The Social Network” is the obvious favorite, having already won tons of awards and praise for its portrayal of the founding of Facebook and its CEO Mark Zuckerberg. On the other hand, "Black Swan” gave viewers a thrilling, mysterious ride through the development of a ballerina's search for perfection and left the audience slightly confused, but wanting more. However, it is safe to say that "The Social Network" will continue its winning streak and ultimately take home the Golden Globe.