With the Halloween celebrations comes a new NBA Season. Free agency and marquee trades have led to a myriad of intriguing matchups and dynamic players. Lebron James is now a Cavalier, along with Kevin Love. Kobe Bryant and Derrick Rose are both finally healthy. And all 60 draft picks are ready to unleash their talents on the rest of the league. No matter what, it should be a great season. 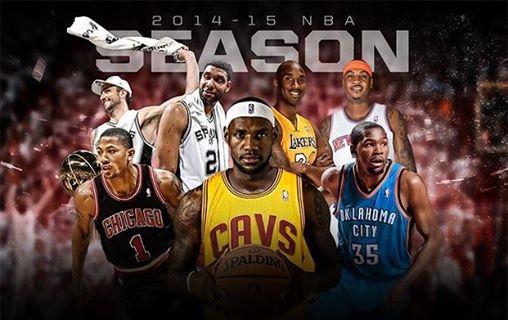 Photo: The Stars are lined up and ready for the new NBA season

Photo: The Stars are lined up and ready for the new NBA season

Eastern Conference Seeds
1. Cleveland Cavaliers
The king is back home, and the Cavs have filled his court with a supporting cast that make them instant championship contenders. The new big three of Lebron James, Kyrie Irving and Kevin Love will pace the eastern conference under new head coach David Blatt.

2. Chicago Bulls
For the first time in almost three years, PG Derrick Rose will be healthy for Chicago. Their front court has also been upgraded with the addition of Pau Gasol. Expect them to go further than the first round this playoffs.

3. Toronto Raptors
The Raptors aren't a star studded team, but they are easily the best team in a weak Atlantic Division. They were able to bring back Kyle Lowry, and will benefit from improvements in DeMar DeRozan and Jonas Valanciunas.

4. Washington Wizards
Bradley Beal is out until December, but it shouldn't hamper the Wiz. The addition of Paul Pierce will help make up for Beal's absence. If John Wall continues to develop, his potential is limitless. Otto Porter and Glen Rice Jr. will be the deciding factors if this team is championship quality.

5. Miami Heat
The Big Three is no more, or is it? Obviously Miami will miss LeBron James, but they got a decent replacement in Luol Deng. The Duke grad will look to team up with Dwyane Wade and Chris Bosh to make another deep playoff run.

6. Charlotte Hornets
Charlotte's got a new look on the outside, but on the inside they're the same playoff team as last season. Al Jefferson is a double-double machine, and with the addition of Lance Stephenson, this team isn't too bad.

7. Atlanta Hawks
On the basketball court this team is impressive. Jeff Teague is one of the most underrated point guards in the league, and the front court combo of Al Horford and Paul Millsap will be hard to beat.

8. Detroit Pistons
With young talent like C Andre Drummond and PF Greg Monroe, and the poor Eastern Conference, the Pistons will surprise everyone and sneak into the playoffs. 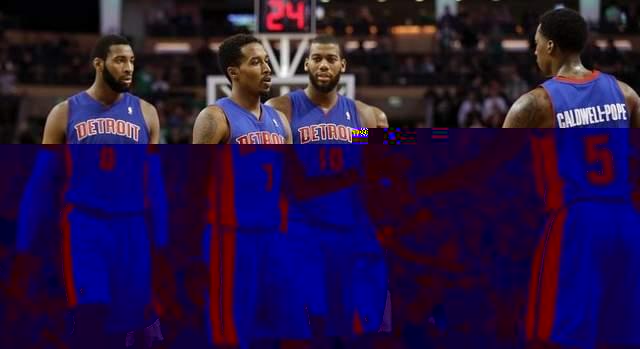 Photo: After being a below average team last season, the Detroit Pistons have high hopes for this season

Photo: After being a below average team last season, the Detroit Pistons have high hopes for this season

On The Cusp
9. Brooklyn Nets
This team isn't as good as last year having lost Paul Pierce and Andray Blatche, but if Deron Williams and Robin Lopez can remain healthy for an entire season, they could challenge the Raptors for the division.

10. Milwaukee Bucks
One of the worst teams in the NBA last year, this team has potential to squeak into the playoffs. Jabari Parker is a pre-season favorite for Rookie of the Year and has the skillset to score in large amounts. If he can stay out of trouble with the law, forward Larry Sanders could play a big role as well.

1. San Antonio Spurs
With Duncan, Parker and Ginobili not getting any younger, the window of opportunity for the defending champs is closing quickly, and Pop will not let them forget it.

2. Los Angeles Clippers
The Clips have an array of talent around PG Chris Paul and Head Coach Doc Rivers. With the Donald Sterling distraction behind them, it's all or nothing for them this year.

3. Oklahoma City Thunder
The Thunder will begin the season without MVP Kevin Durant, but no worries for OKC. Russell Westbrook and Serge Ibaka should do the job in his absence. With Durant, this team will be hungry for their first title.

4. Portland Trail Blazers
Damian Lillard, Wesley Matthews, and LaMarcus Aldridge could all be averaging 20 points a game. All they need to do is play defense, which might be though for these guys.

5. Golden State Warriors
Stephen Curry established himself as one of the best, if not the best point guard in the NBA last year. David Lee, Klay Thompson, and Andre Iguodala make this team though to beat.

6. Memphis Grizzlies
Their front court is already one of the best in the NBA with Zach Randolph and Marc Gasol. They have great perimeter defense and mid range shooting. The Grizzlies can be a very dangerous team if they can just stay healthy.

7. Dallas Mavericks
The Mavs will turn to faithful Dirk Nowitzki to carry the team this season. Fortunately, he now has Chandler Parsons to help him out.

8. Houston Rockets
The Rockets shouldn't miss Parsons. If James Harden and Dwight Howard can get in sync, the Rockets will make the playoffs easily.

On the Cusp
9. New Orleans Pelicans
Everyone is expecting a huge year from former first-overall pick Anthony Davis. He tore it up for Team USA this past summer and looks to continue into the regular season.

10. Phoenix Suns
Sharpshooter Eric Bledsoe and guard Goran Dragic make the Suns backcourt one of the fastest in the league. If Miles Plumlee can produce the way he did last year, this team has a chance at the playoffs.

Opening Round:
Cavs over Pistons
Bulls over Hawks
Hornets over Raptors
Wizards over Heat

Second Round:
Cavs over Wizards
Bulls over Hornets 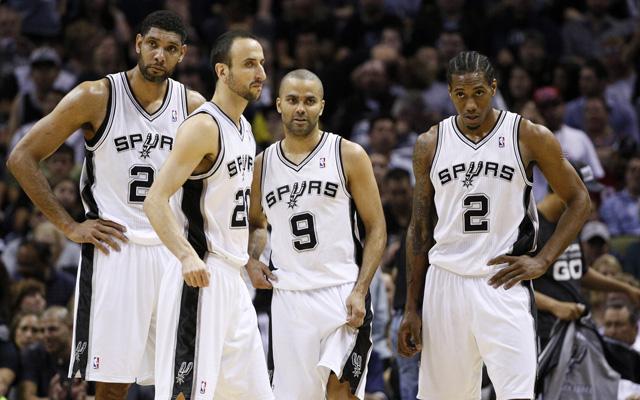 Photo: The Spurs are trying to defend their NBA Championship from last season

Photo: The Spurs are trying to defend their NBA Championship from last season

Opening Round:
Spurs over Rockets
Clippers over Mavericks
Thunder over Grizzlies
Warriors over Trail Blazers

Second Round:
Warriors over Spurs
Clippers over Thunder

The Cavaliers will defeat the Clippers in six games to capture their first NBA championship in franchise history. David Blatt was a top coach in Europe, and he'll establish himself as a top coach in the NBA when he wins a championship. Over the course of the season, Lebron and co. will succeed in both gelling as well as implementing David Blatt's up-tempo offense. Also, with the addition of Kevin Love, Lebron will have someone on his team who can rebound, thus giving him and the team second chance opportunities. If there's one thing that's harder than stopping Lebron once, it's stopping him twice.