Netflix raises its package prices and reduces its selection

DVDs delivered directly to your home in the mail, thousands of movies available streaming directly to your computer, television or mobile device, all for the price of $16 a month. Sounds awesome right? Apparently not. 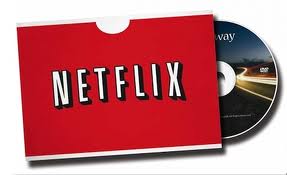 Photo: Movie provider Starz will not renew its contract with Netflix.

Photo: Movie provider Starz will not renew its contract with Netflix.

On July 11, Netflix, the widely used DVD delivery and video streaming service, increased the price for DVD rental and unlimited streaming from $10 a month to $16 a month, causing a wave of anger from disgruntled customers.

Customers are angry at Netflix not only because of this sharp price increase but also because of its dwindling movie supply. Since 2008, Starz has supplied the bulk of movies to Netflix's instant streaming. However, Starz recently announced that it will not renew its contract with Netflix. Starz holds the online distribution rights to Sony and Disney movies; without films from these two production giants, Netflix's supply of movies will lose much of its variety and many customers will probably drop the service.

But despite the 60 percent price increase and the loss of Starz, Netflix still appears to be the best option. Since the increase of On Demand rentals, iTunes rentals, RedBox rentals and DVD deliveries, movie stores have become increasingly rare. With On Demand and iTunes rentals going for $5 per movie and RedBox only having a selection of new releases, the cost—and variety—of Netflix is not so bad. Blockbuster, which has its own DVD delivery service, has higher prices and does not have an online streaming option. Although customers may be angry with Netflix, the other available options also possess noticeable (and pricy) drawbacks.

It's only logical that some customers get upset over Netflix's new subscription fees and decreasing movie selection, especially during today's economic times where people want to get the most "bang for their buck." But Netflix still maintains a fairly reasonable cost and boasts a wide selection of movies, from classics like "Gone with the Wind" to the not-so-classics like "Garfield's Pet Force." Netflix might be going through a rough patch, but everyone is going to need to give the company a break.