With the Homecoming dance just a week away, Blazers are already starting to envision the night. Hundreds of Blair students, packed into the student activities center (SAC), the smell of sweat and teenage angst filling the air as the DJ plays everything from 2Chainz to Taylor Swift. Bodies are in motion as guys grab girls from behind and the familiar dance routine begins: grinding. 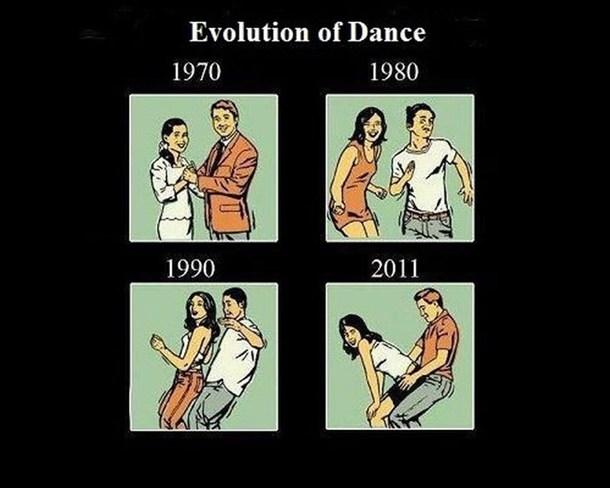 Grinding, better known as freak dancing to the crowd over 40, has been the topic of controversy since the dance became popular in middle and high schools years ago. As schools across the country host their homecomings this fall, the ban on the dance is spreading. In the last three weeks schools across the Midwest in Illinois, Wisconsin and Ohio have garnered attention for prohibiting the dance. As students nationwide protest to dance however they please, the battle over grinding strikes a particular chord in the Blair community.

Last year, on Blair's Parent Teacher Student Association (PTSA) ListServ, a heated debate arose over grinding after Blair's 2011 Homecoming festivities. Shocked at how overtly sexual the dancing seemed to be, parents suggested modifications for students uncomfortable with the mob of sweaty bodies pressed against each other including multiple dance locations with different music and tighter patrolling of dancing. Some parents went as far as to suggest having an arcade type room at the Homecoming dance. These proposals were met with a resounding ‘no' from the student body and after much deliberation, no change in policy was enacted. The fact that a change was even up for consideration was absurd.

Every generation of youth has its own suggestive dance fad that causes the adults in their lives to feel some discomfort. Let's not forget Kevin Bacon in the 1980s film "Footloose” who shook up small town America gyrating to rock and roll or Patrick Swayze's raunchy moves in "Dirty Dancing.” Like the generations before us, and the generations that will proceed, grinding is today's teens' dance of self-expression. As long as the dancing is just that, dancing, and there are adequate chaperones for those who might get out of control, there should be no problem with grinding.

If as a student you are worried about dancing at Homecoming, then it is your choice to not participate. It is not however, okay for you to ruin everyone else's good time because of personal sentiments. No one is forced to attend Homecoming or to dance in the manner of the multitudes. Though most students choose to grind, there is plenty of open space and tables available for those who would prefer to dance in a more traditional style or sit down and relax. If you don't want to partake in the events, and would prefer to play video games as outraged parents suggested, then by all means stay home. Do yourself a favor, and save your $15.