On Aug. 27, 2013 Principal Renay Johnson announced that Blair welcomed a new, less strict, cellphone policy for this school year that will allow Blazers to use their cellphones in the hallways before any of their classes. 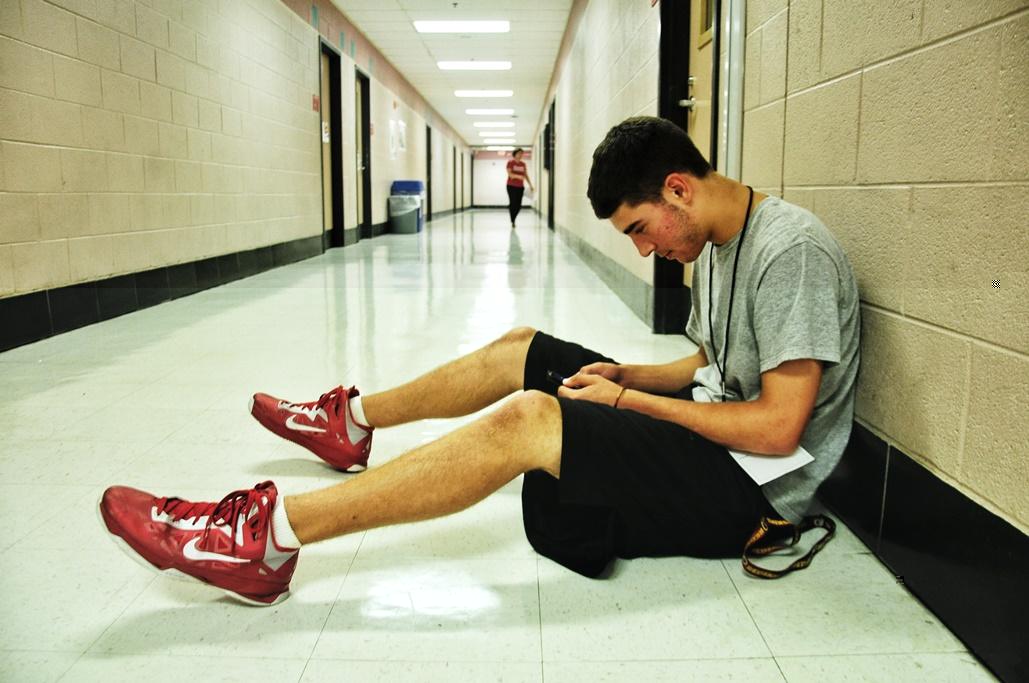 Cauley also added that cell phones can be useful for security. "Cellphones are a very helpful tool. Especially for security," he said. When numerous fights broke out last year, Blazers would most likely record them, the videos would help security and staff to find the people who were involved in the fight.

During Johnson's first year at Blair in 2011, she implemented a cellphone policy that allowed students to use their cellphones only in the mornings, after school, and in the SAC or Blair Blvd during lunch. Students were prohibited from using their phones in the hallways before any class period although many students did anyway.

When asked about the change junior Monica Mai said that, "It is nice that we have the policy but it's not really different because most kids could still get away with it before the policy was made."

For the past two years, Blazers were asked by both teachers and security to put their cellphones away if they were seen using them in the hallways. One of the teachers, mathematics teacher, Peter Engelmann, had always made sure the previous cellphone policy was followed. "Mr. Engelmann almost took my friend's phone away when he saw her using her phone in the middle of the hallway," junior Bridgette Rittman-Tune said.

Engelmann accepts this change in policy. "It is ok by me," he said. "As a teacher I am supposed to enforce the rules, which is what I did." Cauley added that he thinks that the new policy is not only good but also an element of how students will learn in class for the future. "In the future cellphones could be a part of the classroom instruction and students would be able to use their cellphones for information purposes."