New electives for next school year

Every Blazer is familiar with the bright yellow class form that comes around each year and the indecision that comes with choosing new electives. If the lengthy list of exciting electives isn't already difficult to choose from or you're looking to try something completely new, read below for descriptions on new classes that will be available next school year.

Printmaking A and B

Printmaking gives students the opportunity to create two-dimensional art through a non-traditional technique. "There's going to be a lot of etching and using random materials you wouldn't even think about using to make art," fine arts resource teacher Jacqueline Armstead-Thomas says. The class infuses printmaking projects with art history and ensures that students have sufficient time to work on their art and develop their skills.

Armstead-Thomas adds that students should take a fine arts class such as printmaking to improve their school day. "It's a really great way for students to build in mindfulness during their day," she says.

This new course focuses on social psychology to examine the underlying motives behind current and historical events. "It’s a question I always have when I teach my other classes," history teacher Sean Gabaree says. "When we study US history or world history, people do rotten things to each other, and we never have the opportunity to delve into it."

Gabaree plans on examining recent events through videos and news articles, pairing each topic with a concept from social psychology. "Why are people acting this way, why are we treating each other this way, why aren't we doing something about it? We're going to introduce concepts from social psychology to try and answer those questions." The class will also study the reasons behind the Holocaust, atrocities in Vietnam and other wars. It also covers recent events such as implicit bias by the police force and the role campaign ads play in polarization.

This English course analyzes popular Japanese anime and film, such as Seven Samurai, Ghost in the Shell, Hachiko and other favorites. "Lately I've noticed so many students are taking Japanese for anime- they love anime and want to understand it," Japanese teacher Yoko Zoll says. She decided to pitch the class for next year after realizing her students' interest in Japanese entertainment. 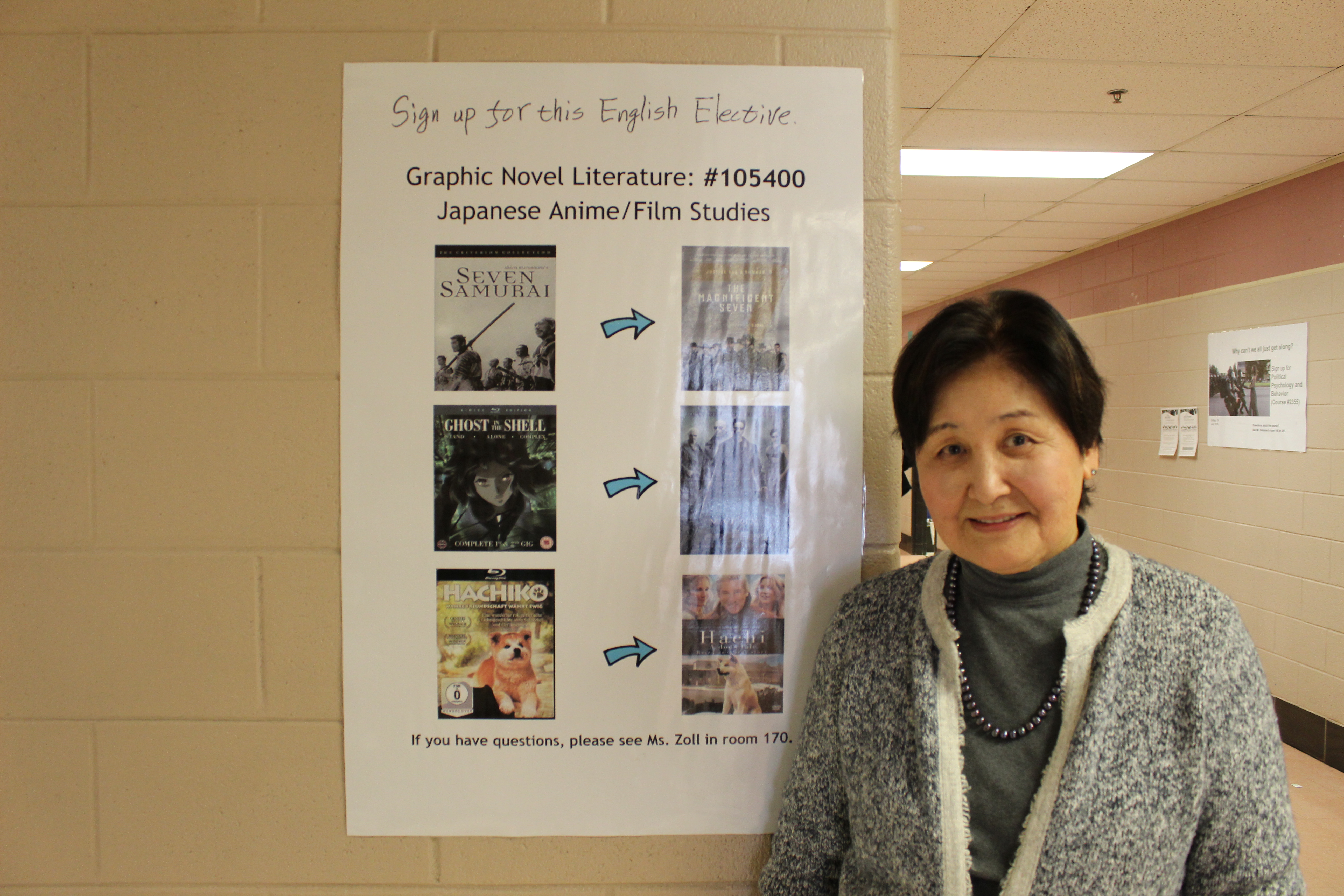 The course also explores American renditions of Japanese film. "There are so many American movies that copied Japanese anime and films, so I thought it would be a good course to compare and contrast," Zoll says. At the end of the year, students will also make their own film or anime as a final project.

This project-based programming class studies experimental coding languages such as Scala, R, HTC, Rust, and Kotlin. "[The class] is going to explore emerging technologies in terms of newer languages that are gaining adoption with large tech companies like Google, Amazon and Facebook to ensure that students are up to speed and knowledgeable about the latest developments," computer science teacher Ryan Foster says.

The course prepares students for the workforce by teaching them languages that they would be using in the tech industry. "Most schools don’t go beyond Java and Python, which are older languages," Foster says.

Blazers interested in these courses should sign up by talking to their counselor. Each of these new courses will have passionate teachers devoted to teaching the class as well as peers who share similar interests.