Principal Darryl Williams and security personnel implemented restrictions on where Blazers are able to eat during 5A and 5B lunch as of last week. Due to these policies, students are only allowed to eat in the outside courtyards, SAC or Blair Boulevard region in front of the Media Center. Blazers also cannot walk in the classroom hallways on any of the three floors without passes signed by teachers. These policies will continue until the end of the school year and will potentially extend to next year, according to security assistant Paul Barker. 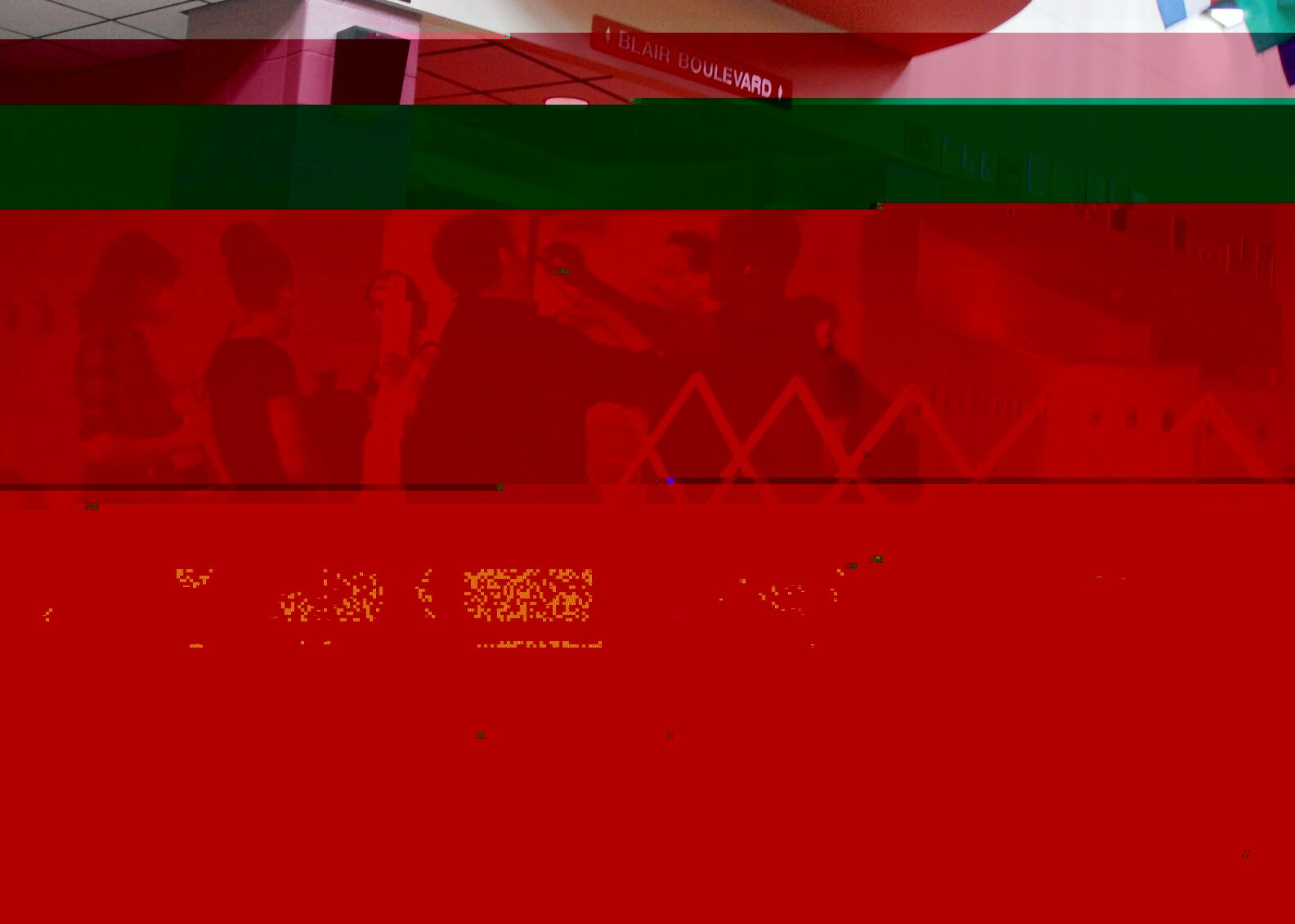 Photo: The yellow gate has given trouble to Blazers who want to walk along Blair Boulevard.

Photo: The yellow gate has given trouble to Blazers who want to walk along Blair Boulevard.

Unruly and obstructive student behavior incited the new lunchtime changes. "There was too much trash in the hallways, and there was too much noise near the main office," Barker said. "Rules are made when people violate their freedoms."

Williams implemented the policies after security brought these problems to his attention. "Security came to me and made a request, and there were concerns from staff as well," Williams said. "Mr. Boatman constructed a proposal to address the lunchtime issues."

In order to prevent students from walking around the school during lunch, security guards have been stationed in several hallways on each floor. A yellow gate has also been placed in front of the Media Center to prevent student traffic. In addition to restrictions on where students eat lunch, plans exist to remove the benches situated along Blair Boulevard, according to security assistant Tanesha Taylor.

Student reactions to the changes have been largely negative and frustrated Blazers have begun to take action. In response to the hallway regulations, junior Michelyn Bouknight began a petition against the restrictions on Monday. "I feel as though they are treating us as prisoners," she said. Bouknight is especially angry about the administration's plans to remove the benches. "They are complaining about trash, but I don't think these policies indicate the best solution." After obtaining more signatures, Bouknight plans to take the petition directly to Williams.

Security personnel speculate that the restrictions will continue to be implemented next year. However, decisions are still in the making, and Blazers may get their lunchtime privileges back in the future, according to Taylor.