Maryland governor Martin O'Malley recently signed a weapon restriction law that is one of the strictest weapon restriction laws in the nation. It has been rumored that O'Malley will run for president in the 2016 election. There has been a lot of dissent towards O'Malley's new gun regulation, and this may impede his chances of becoming president. But in the end, Maryland's safety is more worthwhile than a mere four-year presidency. 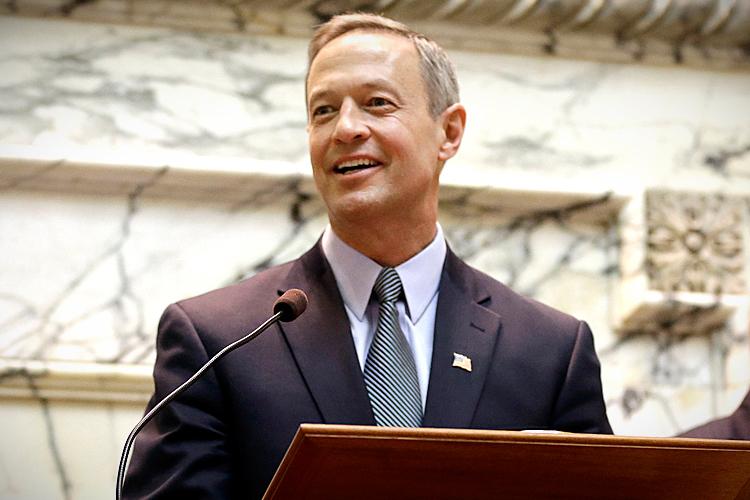 Photo: It has been rumored that Maryland governor, Martin O'Malley, will run for president in the 2016 election. His strict gun regulation may cause conflict with the election.

It has been rumored that Maryland governor, Martin O'Malley, will run for president in the 2016 election. His strict gun regulation may cause conflict with the election. Photo courtesy of Salon.

The new Maryland gun law will add 45 guns to a list of banned weapons and will require potential gun owners to obtain licenses for weapons and provide their fingerprints as part of the application process. The National Rifle Association (NRA) claims that these regulations restrict citizens' Second Amendment rights, the right to bear arms, so they are suing the state of Maryland.

Recent public shootings, such as the Sandy Hook shooting, make this extreme weapon restriction a very noble act. Evidently, the NRA is not successfully making weapons or weapon use safer, so at least all Maryland residents can be extremely safe in Maryland, thanks to O'Malley. Sophomore Alia Helsing agreed that this strict weapon ban is practical in order to ensure citizens' safety. "We don't want another Newtown [incident] to happen, so [O'Malley's gun law] is a good thing," Helsing said.

The Second Amendment text states, "A well regulated Militia, being necessary to the security of a free State, the right of the people to keep and bear Arms, shall not be infringed." This was applicable in 1791 when the amendment was adopted, but today militias are not prevalent–or existent at all—so this law is not relevant to our everyday lives. Helsing agreed that the Second Amendment is not applicable today. "I don't think [O'Malley's gun law] violates the Second Amendment because militias don't exist anymore," Helsing said. Therefore the Second Amendment is outdated and extraneous today. U.S. citizens do not need guns or weapons; they are simply a danger to themselves and others.

Not only does the NRA oppose O'Malley's new gun law, but Republicans do as well. Though the NRA's argument against the new gun law is inapt, there are still many U.S. citizens who agree with the NRA. Republicans' disapproval of the Maryland gun restriction is bound to hinder O'Malley's place in the 2016 election.

Though O'Malley will have the majority of the Democrats' support involving the law and the election, the Republicans still constitute a large chunk of the voting population. With so many against him, he could easily lose his place in the presidential election and nomination. Helsing agreed that Republicans' disapproval of O'Malley and his gun law will set him back in the 2016 presidential nomination and election. "A lot of Democrats will support [O'Malley] but he might not become a nominee because a lot of Republicans oppose gun restrictions," Helsing said. Junior Elana Rombro also feels that members of the NRA and Republicans will not support O'Malley in his candidacy. "He'll have more opposition from NRA members and lobbyists who don't want restrictions on the Second Amendment," Rombro said.

Though some may disagree, this major gun and weapon ban will turn out to be practical in the end. Even though this law may end up costing O'Malley the presidency, it was a wise restriction and all Marylanders should feel safe and grateful.