All students must present permission form in order to give blood

The Student Government Association (SGA) will hold their annual blood drive on Thursday, Nov. 15, with Inova Blood Donor Services. Unlike last year, every student who wants to donate blood must have the parent consent sheet signed in order to be a donor.

Photo: SGA members hope to have as many blood donors as last year, if not more, at this year's blood drive. To ensure that a lot of students participate they have posted posters all around Blair.

Photo: SGA members hope to have as many blood donors as last year, if not more, at this year's blood drive. To ensure that a lot of students participate they have posted posters all around Blair.

Students 16 and older can donate blood. While last year, only 16-year-olds needed a signed permission slip, this requirement will apply to all students this year, regardless of their age.

Junior Selam Kubrom, team leader of the Inova blood drive, believes that the new requirement may lower the blood donor turnout. "It is possible that students will either forget or procrastinate and not turn in their forms on time so that will decrease the amount of donations," Kubrom said.

Junior Susannah Merrill, who donated blood last year, disagreed and felt that this new rule will not change the amount of students who donate blood. "I think that the new rule won't really affect the amount of people who sign up because it's really not that big of a deal. I was 16 last year, so I had to get my parents' signature in order to give blood," Merill said.

Merrill feels that the addition of this new rule was beneficial because parents should have a say in what their kids do. "I think it's a good idea because there might be some kids who will hide it from their parents for whatever reason, and it may conflict with their parents' values and beliefs. If parents prefer for their kids to not give blood, it must be for a good reason and their kids should respect that," Merrill said.

Kubrom, along with other SGA members, are confident that the numerous reminders around school will prompt students to get their forms signed. "We are hoping that with the constant reminders on InfoFlow and the posters around the school will help stop the decrease [in blood donor turnout]," Kubrom said.

The blood drive is not limited to just students. Teachers can donate blood as well, but there are just fewer requirements for them. "Teachers can donate. They can just walk in without an appointment," Kubrom said. 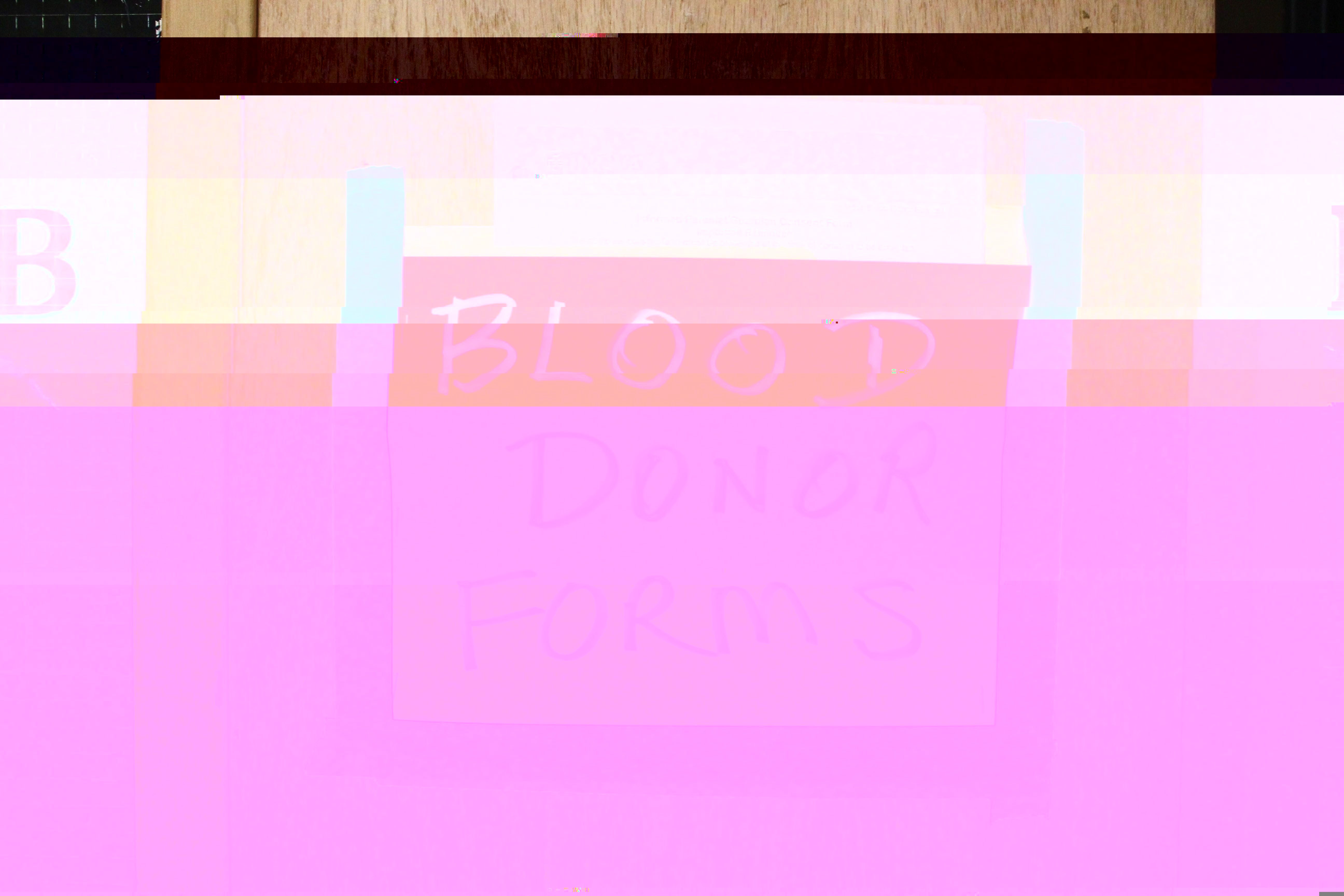 Photo: The parental consent forms can be found on the SGA door, or at their table during either lunch.

Photo: The parental consent forms can be found on the SGA door, or at their table during either lunch.

Merrill plans to donate blood at this year's blood drive again. She likes the idea of giving blood because she wants to help out the community, she just has does not have any money to donate to organizations. "I will give blood again this year just because it felt pretty good to help out in some way. I can't give money to a lot of organizations, because I really don't have any, so it feels good to be able to contribute," Merrill said.

SGA members say they do not know what sparked the rule change. "To my knowledge nothing happened at last year's blood drive [that was a catalyst for the new rule.] The organizers at Inova might have noticed something that happened at another school that prompted the change," she said.

Students willing to donate blood can find the permission slip here and on the door of the SGA office. They can then turn signed forms into any SGA member or on the table that is set up during both lunch periods on Blair Blvd.