In response to the petition, Principal Phillip Gainous met with a committee on Oct. 28 to discuss ways to honor Helgeson, including commemorating the currently unnamed athletic stadium in his name. 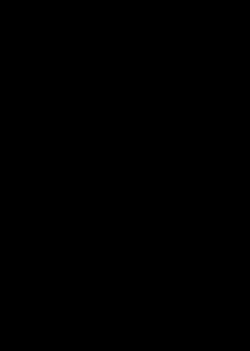 While the committee reached no conclusion, a final meeting is planned for Jan. 3, when the same committee will make a final decision regarding the petition. "The most appropriate way to deal with Andrew's memory as well as the memory of other students who have passed, as well as those, unfortunately, who may pass in the future, was discussed," said Roger Beach, one of the parents present at the meeting.

While the primary goal of the meeting was to determine if the stadium should be named after Helgeson, the committee discussed a number of other options to honor him. "My impression was that everybody was in favor of doing something in Andrew's memory," Beach said. "What is best for the school was really where people were wanting to discuss it a bit more."

Junior Robbie Ginsberg started the petition along with 2005 Blair graduates Andrew Beach and Erik Kojola. They presented the petition to Gainous last August. It cites Helgeson's leadership as captain of the boys varsity lacrosse team as well as his success in both school and athletics. The Montgomery County boys lacrosse coaches selected Helgeson as the First Team All-County goalie. He was the first male Blair lacrosse player in history to receive this honor. Helgeson was also the recipient of the 2005 Terry Hicks Memorial Scholarship Award, which is based on achievements in scholarship, leadership and athletics.

Both of Helgeson's parents are "tremendously honored" by these students' efforts. "I really do hope that they decide to name [the stadium] after Andrew. It's a great thing and a great idea," said Rita Helgeson, his mother. 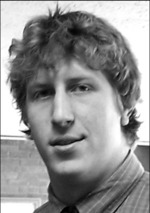 Seniors Scott Rathbone and Sophie Esparza, who were both friends of Helgeson and who attended the meeting, have differing opinions about the naming of the stadium. Esparza argues that there are alternatives to naming the stadium. "There are other things that can be done to honor him," she said.

Rathbone doubts that the naming will become a reality. "It would be such a great honor for Andrew, and I would be really happy, but realistically, it has never been done for any student at any school before," he said.

Richard Helgeson, Helgeson's father, said that with the recent violent occurrences at neighboring schools, naming the stadium after a student might have more of an impact on other students. "It would be nice for the students to see something named after a fellow student with good moral fiber and also heartening to them to see that adults really do think and care about students," he said. "This is a big thing; naming the stadium after a student could have more impact than naming something after an old guy that kids don't even know who he is."

If you would like to share your opinions on this issue, submit your written comments to the main office by Dec. 12.

Clair Briggs. Clair Briggs is a junior in the Blair Magnet. She's really excited to be a part of Silver Chips this year! In her free time, Clair likes to spend time with her friends and she likes to eat Chipotle. She loves country music, California, and … More »