Starting in the 2014-2015 school year, the Maryland State Department of Education (MSDE) is mandating two new emergency drills for all public schools in the state. In addition to the drills already in place, Maryland schools must complete at least one reverse evacuation drill and one earthquake drill during the school year. 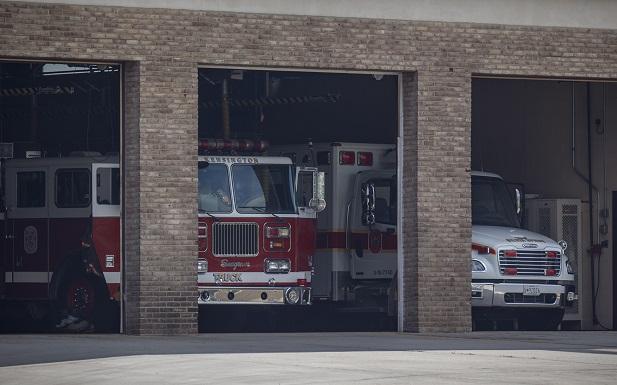 The reverse evacuation drill is an addition to the old "shelter in place" drill in which students must stay inside their classrooms when there is a situation in or out of the building. "The drill was created as a preparation for if there was an emergency in the community, and students were outside and we needed to put the building in shelter," Blair emergency drill coordinator and assistant principal William Currence said. Currence explained that the drill would take place after an evacuation drill. "We'd evacuate the building and take attendance, like the normal routine, but then everyone will make their way back into the building quickly and safely and into their classrooms for teachers to take attendance again," Currence said.

The reverse evacuation drill is especially important at a school like Blair where many students spend their lunch periods outside. "During 5th and 6th period, a lot of people are outside eating lunch or playing Frisbee, and you need a mechanism in place to bring everyone back in," Currence said.

For the earthquake drill, the state required a procedure in which students get under their desks and cover their heads. However, state officials realized that high school students might be too big to fit under their desks. "In those cases, students are supposed to sit against the interior wall in the classroom, with no windows, and cover their heads," he said. This is the only part of the drill that schools are required to practice, but in the case of a real earthquake, there are other steps to be taken. "That drill would only take place during the actual earthquake. As soon as the shaking is over, everyone would exit the building," Currence said.

Even though earthquakes are an uncommon occurrence in Maryland, Currence emphasized the importance of having a procedure just in case. "After we had that big one a couple of years ago, it's worth practicing, so if we did have another one, everyone would know what to do," he said. Students agreed with Currence that these drills are good preparation. "It's a good idea just in case it actually does happen. They can prevent panic," senior Catherine Liu said.

These are new drills, so Blair administrators are still in the process of determining specific details. For example, they have to decide what to do for those students with half-day schedules. "For students with half-day schedules and we have a reverse evacuation, are we supposed to force them back into the school or let them go?" Currence said. A cluster security coordinator has been assigned to Blair to help figure out the logistics.

MSDE added these new procedures to a list of drills already in existence. "We already have to do 10 evacuation drills a year. One shelter in place drill, one lock down drill, one severe weather emergency and a drill called directed evacuation," said Currence. They are planning to merge the reverse evacuation and evacuation drills, as well as the shelter in place and the lock down drills. "We can combine some of them, so it doesn't disrupt instruction," Currence said.

Currence explained that these drills will help in the school's priority of keeping students safe. "In an emergency, we'd do what's best for the students at that moment, not thinking about the procedure, but it's nice for everyone to have a procedure that they can follow," he said.