For most 15-year-old girls in the U.S., fitting in and having fun are their main priorities, and their typical worries usually consist of trivial drama and upcoming exams. However, in nations such as Saudi Arabia, the common fear many young girls face is the possibility of being forced into childhood marriage. According to Reuters , each year, around 1.5 million girls worldwide become child brides. 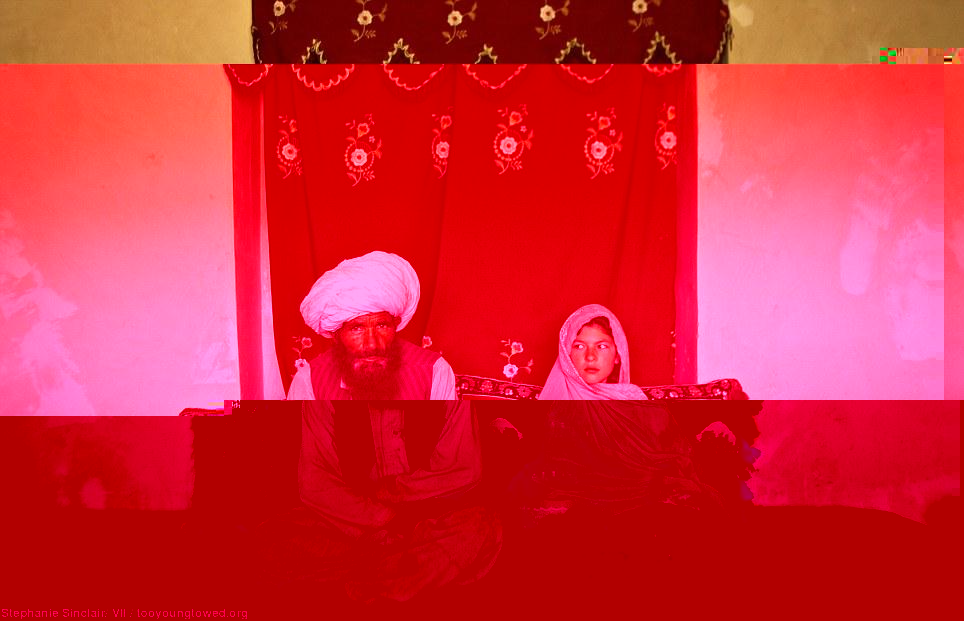 Photo: Many young women in nations such as Saudi Arabia fear the possibility of being forced into child marriage. Each year, there are at least 1.5 million child marriages that occur in the world.

Photo: Many young women in nations such as Saudi Arabia fear the possibility of being forced into child marriage. Each year, there are at least 1.5 million child marriages that occur in the world.

During the past few days, many human rights groups and activists have been outraged at a forced marriage between a 70-year-old Saudi Arabian man and a 15-year-old girl. This case in particular has been a focus this past week because of the 70-year-old's behavior after his newlywed wife fled back to her family two days into their marriage. According to CNN , the man went to a local official to complain that the girl's family had taken her back and that he'd been scammed into giving her family a $20,000 dowry. The man's complaints reveal a disgusting objectivity of a young, innocent girl.

The man implied that the girl did in fact want to marry him and the only reason their marriage ended was because her family took her back. However Daily Mail and CNN reported that she locked herself in a bedroom on their wedding night and later ran away after a fight. Only real love would cause someone to avoid their husband after getting married and flee for her life after a single argument. Clearly, she was highly enthusiastic about the marriage and it was the parents' fault that their marriage ended badly.

After the man went to a local official, Saudi Arabia's Human Rights Commission (HRC) sent an investigator to the girl's home to help her and her family to legally dispute the marriage. On Wednesday, the investigator helped successfully grant the divorce between the girl and the 70-year-old man.

Although the dispute has formally been resolved in the courts, human rights groups and activists continue to express anger towards this specific instance of child marriage. In a CNN interview , Dr. Suhaila Zein al-Abedin, a member of the government supported Saudi National Association for Human Rights (NSHR), explained how the significant age difference and large dowry raises suspicious alarm that their marriage was not based on love. "It looks more like this was not a marriage, but like the girl was sold. The girl's parents need to be held responsible for this," he said.

Al-Abedin's statement seems accurate. Based on the available news reported so far, there is little to no evidence that this marriage was based on love. However, contrary to al-Abedin's opinion, the girl's parents should not have been held accountable for allowing this child marriage. Instead, those who should be held responsible are members of the Saudi Arabian government.

In the U.S., child marriage isn't a prevalent problem because the U.S. has minimum age requirement laws that determine if someone can legally marry. In Saudi Arabia, there are no such laws. Although there are currently no age restriction marriage laws, human rights activist groups, like the HRC, have been proposing legislation that requires anyone under 18 to have court's consent in order to get married. However, extremely conservative religious scholars continue to oppose the activist groups' proposed legislation.

In order to prevent the travesties of child marriage in nations such as Saudi Arabia, the U.S. should support human rights activist groups and help them pass marriage-age legislation. The U.S. must take initiative to help nations with human rights issues, because as a member of the "