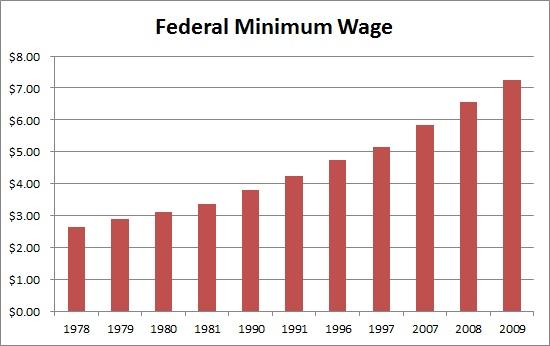 Photo: Minimum wages have been steadily increasing over the years, but this may not be a good thing.

Photo: Minimum wages have been steadily increasing over the years, but this may not be a good thing.

In his annual State of the Union address on February 12, President Barack Obama expressed his desire to help the working class. One way in which Obama plans on doing this is by raising the minimum wage. Acting on Obama's words, congress introduced a bill that could raise the minimum wage to $10.10 by 2015. The bill was introduced by Senator Tom Harkin (D-IA), and it could potentially give over 30 million Americans a pay raise. Although at first glance, it appears that this bill would bolster America's middle class, the bill could certainly have some unintended effects.

There is no doubt that a minimum wage rate would help anyone who would have a minimum wage job at the time of the raise. However, the minimum wage raise could cause a significant amount of job layoffs, as well as decreased hours. Many businesses have a certain amount of labor hours they can afford to pay based on their sales. With a higher hourly wage, people will have to sacrifice their job, or hours, in order for the business to afford to keep them on their payroll. Businesses will not suddenly have enough money to keep all their workers after a raise in minimum wage goes into effect. 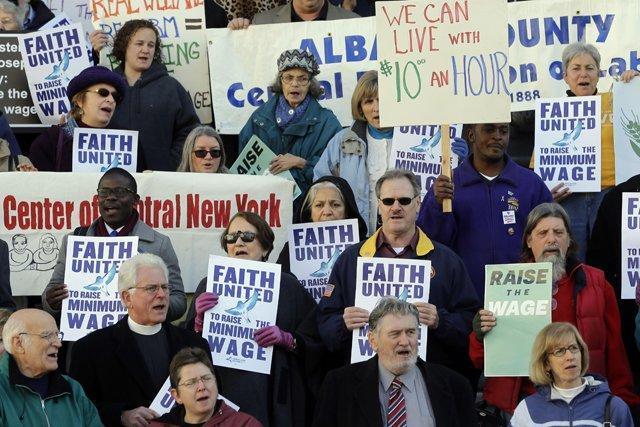 Photo: Although many middle class workers have advocated for a raise in hourly wage, it could not be the best thing for the economy.

Photo: Although many middle class workers have advocated for a raise in hourly wage, it could not be the best thing for the economy.

If minimum wage workers were to be laid off as a direct result of the hourly increase, it would typically be the least skilled and educated. These are the people that could most benefit from an increase in their paycheck. A study conducted by economists William Even of Miami University and David Macpherson of Trinity University concluded that in the 21 states where the minimum wage jumped from $5.15 to $7.25 starting in July 2007, "the consequences of the minimum wage for black young adults without a diploma were actually worse than the consequences of the Great Recession."