President Obama indicated last August that if the Assad regime in Syria utilized chemical weapons against rebel groups or any other civilians, it would cross a "red line." The current claim that such an attack has already happened or may happen soon has Obama preparing to send lethal weapons to the Syrian opposition. However, this tactic will only escalate the conflict, so he is pursuing other options and recently sent Secretary of State John Kerry to Moscow to compromise with Russia and hold a peace conference to aid in halting the three-year Syrian conflict. Despite recent incidents with Russia, Kerry's current mission is necessary simply because other options in Syria will either have no effect or will be too devastating. 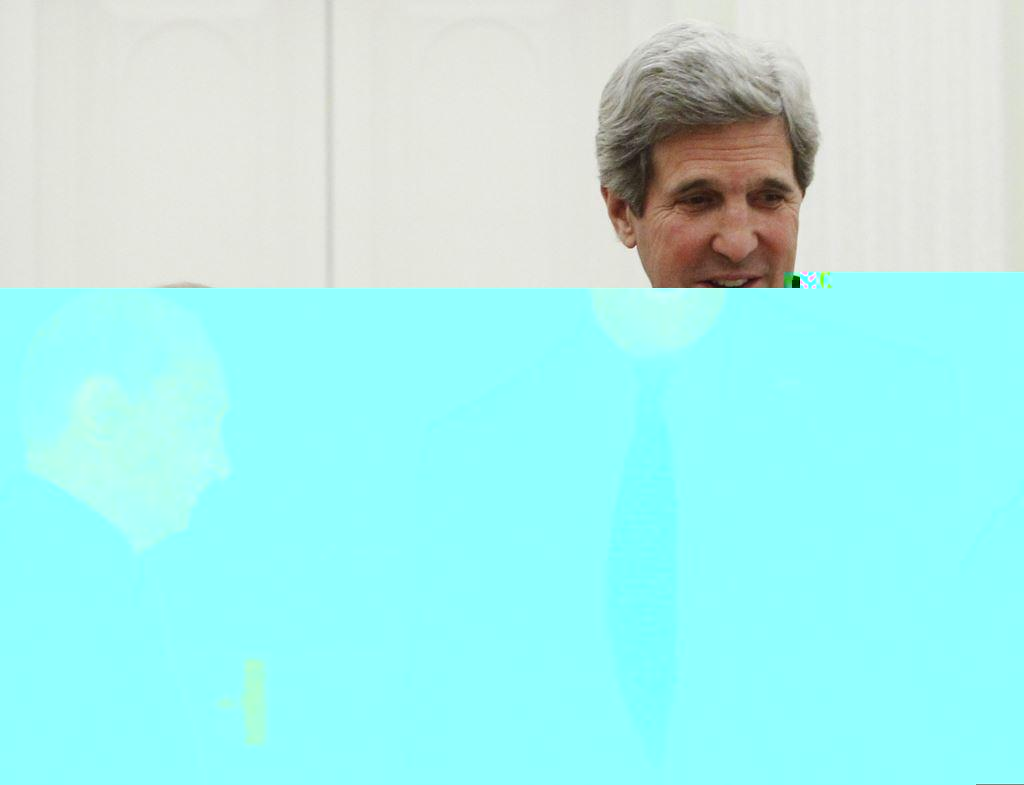 Photo: Secretary of State John Kerry recently traveled to Moscow in order to work with Russia to end the conflict in Syria.

Photo: Secretary of State John Kerry recently traveled to Moscow in order to work with Russia to end the conflict in Syria.  Photo courtesy of Radio Free Europe.

Russian Foreign Minister Sergei Lavrov has agreed to Kerry's proposal and, at their joint press conference, they have announced that they will organize a conference in the coming weeks that will include representatives of Assad's government and the opposition. The Washington Post reported, "As part of the U.S. diplomatic effort, the [Obama] administration is appealing to Russia's own interests in Syria as the war complicates Russian relations with Israel and the broader Middle East." If it is successful, this conference will have a much better outcome – some form of transitional government – than any other options will.

One of the proposed options that would have little effect on the conflict, which has reportedly caused over 70,000 deaths and displaced over 5.5 million people, would be a no-fly zone over the country. According to PolicyMic, "it is unlikely Assad would accept the loss of his airspace, raising the possibility of reprisal attacks. Meanwhile, a no-fly zone ignores the root of the problem: 90% of the casualties in Syria are caused by direct fire or artillery, raising doubts as to the 'decisive' nature of Syria's air capabilities." In order to effectively target Assad's regime, ground troops would be required, which would involve Congress' agreement and be too costly, in terms of both finances and casualties. Another option that President Obama is considering is supplying the Syrian opposition with arms, which could easily fall into the wrong hands, namely those of Jihadist extremists. Supporting the rebels would also put the United States and Russia at odds in a way that the world hasn't seen since the Cold War.

However, Russia's agreement to Kerry's proposal will hopefully ease tense US-Russia ties. Their participation in this conference is especially important, since they have been supplying Assad's regime with weapons and even protected them from diplomatic sanctions at the United Nations (UN) Security Council. This means they are crucial in making the talks successful, since they have the power to stop providing Assad with arms. Since the United States and Russia have a common interest in the stability of the region, it is in both countries' best interest to work out an agreement with Syrian representatives. The instability in the Middle East, as well as the importance of peaceful ties with Russia, make Kerry and Lavrov's mission essential to the United States' national security.