NewsChips: Hostess coverage ignores strikers' side of the story

On Wednesday, Judge Robert Drain ruled that Hostess Brands, the baker of Wonder Bread, Twinkies and many other well known snacks, may liquidate, giving the company permission to shut down and sell its assets. Hostess announced that of its 18,000 workers, 15,000 will be let go immediately and the rest will be kept on for a short time to facilitate the liquidation. 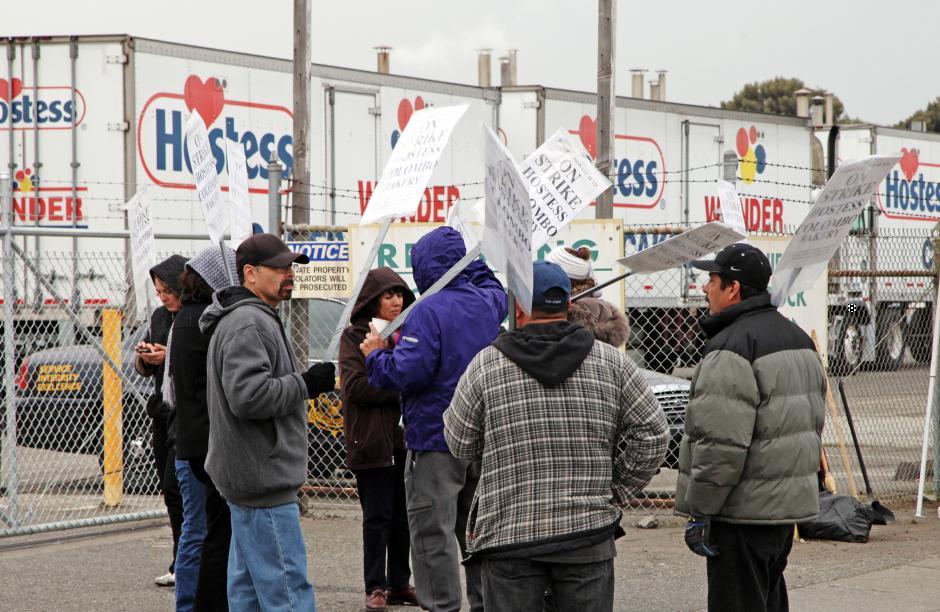 With the company and its workers' fates largely decided, it's likely that the Judge's ruling will also signal the end of the recent wave of media coverage concerning Hostess' financial instability and the strike that forced it into liquidation. While many articles credit the strike by the members of the Bakery, Confectionery, Tobacco Workers and Grain Millers International Union (BCTGM) as the final blow to Hostess, the many reasons behind the BCTGM's members decision to strike, seems generally unexplained.

Most articles mention the company's demand for an eight percent wage reduction. While the wage reduction was significant, especially given that Hostess employees had already accepted a wage reduction in Hostess' first bankruptcy in 2004, there were other reasons for the strike which many newspapers largely ignored. For one, Hostess sought to cut workers' hours by eliminating the guaranteed eight-hour workday; allowing the company to convert full-time jobs into numerous part-time jobs. The new contract would also result in an increase of each employee's health insurance premium contribution because the company was reducing its payment of the premium by twenty percent. Perhaps the most significant and least reported cut was the elimination of the employees' pension. In fact Hostess had not made any contribution to the employees' pension during 2012, in violation of the existing BCTGM contract.

The eight percent pay cut combined with the devastating reduction to the workers benefit package was too bitter a pill to swallow for the vast majority of BCTGM members. "By an overwhelming majority, 92 percent, these workers rejected the company's outrageous proposal, fully aware of the potential consequences," BCTGM President Frank Hurt said in a Nov. 15 press release.

Many comments made by readers of the articles suggested that workers should have taken the concessions, arguing that any job is better than unemployment. Had the coverage of the strike provided more details about the significant reductions to the employees' benefits and working hours, instead of just the eight percent pay cut, would the public have been so unforgiving? To the strikers, rejecting Hostess' demands meant much more than walking away from a job. Rather, the strikers were refusing to accept a job that did not provide a livable wage and benefit package. Accepting Hostess' demands would've been like taking up management's burden, by putting a heavy strain on the workers just to keep the failing company afloat. One former Hostess worker expressed the strikers' motivation best in a blog post on the Daily Kos, saying, "It will be hard to replace the job I had, but it will be easy to replace the job they were trying to give me."