The Maryland state senate recently considered Senate bill 297, which decriminalizes possession of 10 grams or fewer of marijuana. The bill has passed through the Maryland state senate, leaving only the House and Governor O'Malley left to commit the bill to law. This bill is just one of three marijuana-related bills currently being considered in Maryland. 12 states are currently considering legislation related to legalization and decriminalization of marijuana and medical marijuana. This legislation will put Maryland on track to lower the costs of the war on drugs and reduce the impact on constituents' lives. 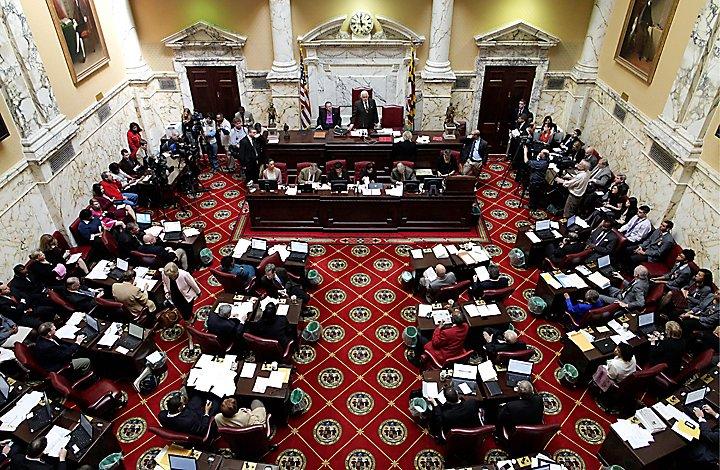 Photo: Maryland is currently considering decriminalization of marijuana, which has already passed the state senate.

Photo: Maryland is currently considering decriminalization of marijuana, which has already passed the state senate.

This bill has made more progress than any of the other current legislation in Maryland, and would make possession of any amount of marijuana under 10 grams an infringement similar to a ticket from a traffic violation. This will lower the punishment for recreational users, reducing the impact of overzealous police officers and lawmakers that harm the reputation and livelihood of otherwise upstanding citizens. Setting the limit at 10 grams per person allows harsher punishments to still apply to drug dealers, who cause most of the apprehension facing marijuana legalization.

One of the other bills currently being considered by Maryland legislators is House bill 1453, which would legalize marijuana, with various restrictions on smoking in public and growing the plant. This bill is being seriously considered, and although Governor O'Malley has previously voiced his opposition to legalizing marijuana in any way, he signed off on measures reducing the penalty for possession and has said that he will support the medical marijuana bill currently in the House. This is a major step for the state, as it will allow revenue to be generated through sales taxes.

Marijuana legalization is seemingly on a precipice, with Colorado and Washington already passing bills last November, and many more considering it. The war on drugs has focused largely on marijuana, and according to a report by the Bulletin of Cannabis Reform, enforcement costs state and local governments over $10 billion a year. In addition, the report concluded that marijuana being illegal costs taxpayers another $30 billion or more in lost revenue that could be made from the $113 billion dollars that Americans spend on marijuana every year.

While this bill is important for the progression of legalized marijuana in Maryland, focus should also be directed onto the two other bills about legalization and medical marijuana. These bills have potential to reduce costs of enforcement greatly and even generate revenue through taxes, giving marijuana a bright future in Maryland.