As Mayor of Newark, New Jersey, Cory Booker represents over 250,000 New Jersyans. Booker is putting himself in the shoes of the 850,000 New Jersyans living on food stamps, even as Congress considers a $16 billion cut to the program.

In solidarity with his constituents who receive food stamps, Booker made a pledge via Twitter to eat off of $30 for one week, which is similar to the average value of aid an individual receives for one week on the program. Booker went shopping with Newark's Food Policy Director, Elizabeth Reynoso, on Tuesday and tweeted a picture of his groceries, which include canned beans and frozen vegetables. Booker spent $29.78, falling below the $33 the average an individual receives on food stamps. 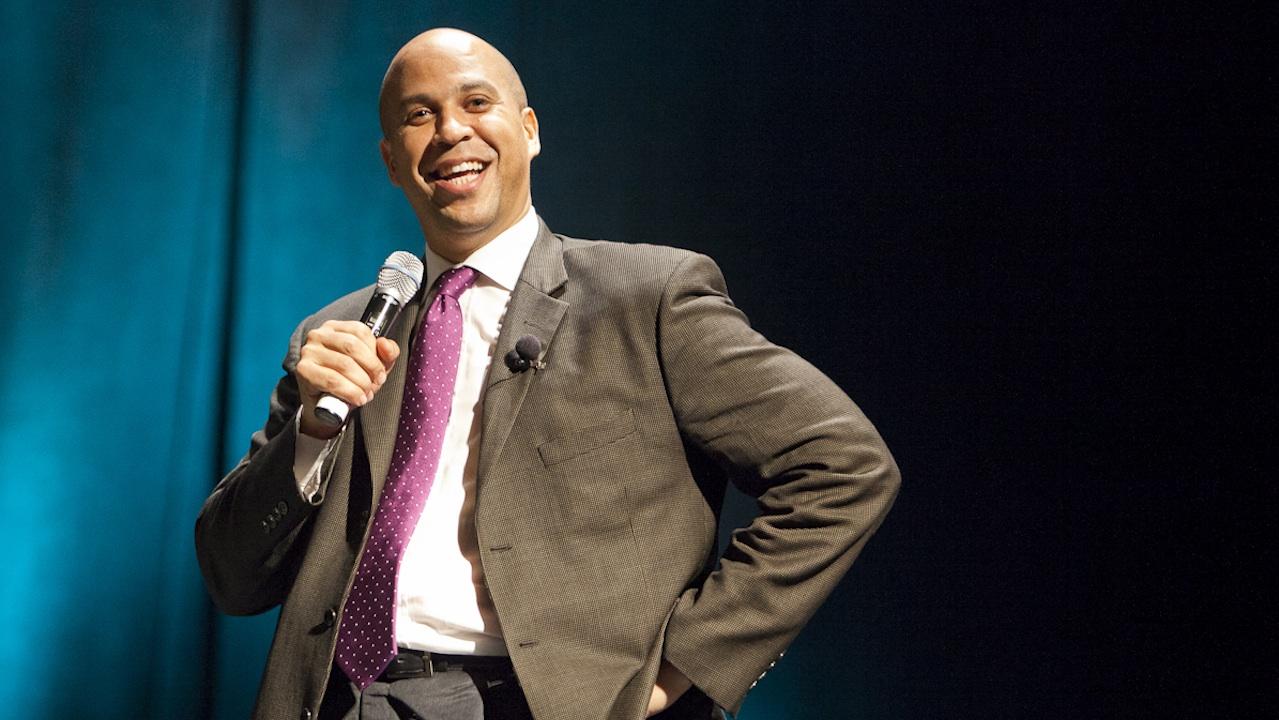 Photo: New Jersey Mayor Cory Booker's goal is to survive off of $4 for food a day.

Photo: New Jersey Mayor Cory Booker's goal is to survive off of $4 for food a day. Photo courtesy of Animal New York.

Booker stated his goal for the project is to raise awareness for the Supplemental Nutrition Assistance Program (SNAP) on his Linked In profile. "My goals for the #SNAPChallenge are to raise awareness and understanding of food insecurity; reduce the stigma of SNAP participation; elevate innovative local and national food justice initiatives and food policy; and, amplify compassion for individuals and communities in need of assistance," Booker wrote.

Though Booker's intentions seem straightforward, speculation about his motives are common throughout Internet commenters, many of whom take Booker's participation in the SNAP Challenge as a political stunt. In fact, some of the most interesting discussion on Booker's challenge appears in the comment section, with opinions that vary beyond ideological divisions. People's responses ranged from the straightforward support or criticism of food supplement programs to more analytical criticisms of the challenge, like if it undermines food stamp users by making the $30 look too easy (Booker bought expensive items like name-brand olive oil). Others questioned Booker's competence, criticizing his grocery choices as wasteful and not cost efficient.

Some of the most interesting posts come from commenters who rely on SNAP, like Kristine McCallister. McCallister commented on an NPR story about Booker's challenge and described her experiences with food stamps. "I am a 62 year old woman on food stamps. It is not the intention of anyone to be on food stamps… Recently I volunteer with mentally and physically challenged adults. This is how I repay such programs for assisting me," she wrote.

The personal stories and diverse factions within the comment sections illustrate that Booker is achieving his goal of stirring up debate and raising awareness. While Booker's goal to raise awareness and his effort to learn about his constituents who rely on SNAP are admirable, Booker's participation in the challenge does not make it any easier for people who follow his budget every week. Hopefully, Booker's challenge won't stop at awareness but lead to some well-informed change in Newark and beyond.