NewsChips: Rape of Indian woman causes protests around the world

On Saturday, a 23-year-old female student in New Dehli, India died from the injuries inflicted upon her after she was gang raped. The men accused of raping her go on trial this week and are being charged with rape, kidnapping and murder. 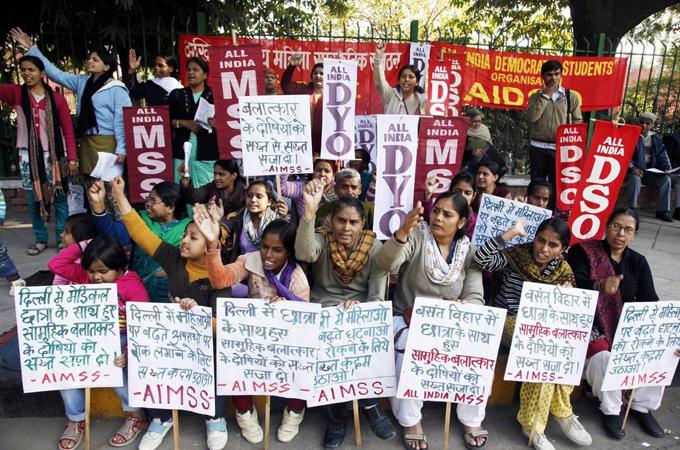 New Dehli has seen an increase in the number of reported rapes over the past few years. However, women in the city who report rape are often ignored, harassed or labeled as dishonorable. People often assumed that the woman did something to provoke the rape.

However, since the rape, people around India have protested daily against the government's lack of action towards women's rights and safety. People and governments around the world have responded with calls for the reform of women's protections in India.

Not only do the protests show the growing concern for gender equality, but they signify a change in Indian culture. The protests, led mostly by young people, against the government show a clear rift between the way in which the old and new generations view rape as an issue.

People around the world have publicly spoken out against this incident, placing pressure on the Indian government to do something. The Indian government needs to take steps as quickly as possible to show both its people and the rest of the world that it is changing its laws and its culture to better reflect equality between men and women.

Already, the government is taking steps through its fast response to the case – the trial for the suspects is being held within less than a week of the woman's death. However, the government also needs to take significant action to set clearer laws and punishments for rapists and increase police surveillance of sex crimes. The government also needs to take actions to promote awareness of rape and how to avoid or seek help such situations. They need to make it clear that rape is not something to be ashamed of and that victims are just that – they should not be shunned and they should be able to come forward.

As this emerging country deals with this issue, it also forces the U.S. to reconsider its own policies on rape. The U.S. also needs to take more serious action against the crime. The same rape prejudices that exist in developing countries exist in our home, so we too should implement new laws and campaigns to raise awareness about women's health and safety. Governments and groups in the U.S., India and other countries around the world should use this event as a way to advocate protection for women against violence.