Under what circumstances must we be held accountable for our actions? 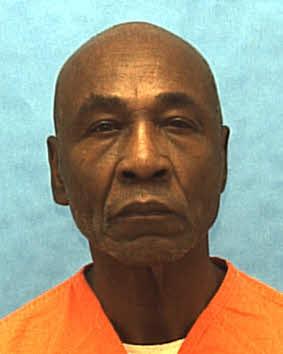 This pressing question is part of what the Supreme Court case Hall v. Florida is trying to answer. The case, which the Supreme Court accepted on Monday, Oct. 21, and will hear in June, is an appeal of the decision that Florida Supreme Courts made to uphold the death sentence of Freddie Lee Hall. But the decision should not be upheld because Hall is not mentally fit enough to be put to death and because "bright-line" death penalty laws like Florida's are unfair.

In 1978, Hall and a man named Mack Raffin abducted, raped, beat and shot 21-year-old Karol Hurst, who was at the time seven months pregnant. The pair was additionally prosecuted for killing a nearby police officer. Raffin was also sentenced to death, and though he appealed, his sentence was upheld. A straightforward case punishable by the death sentence, at least in Florida. Almost.

The catch? Hall suffers from organic brain damage, and a notably low IQ and "a learning disability that left him functionally illiterate with a short-term memory equivalent to a first grader's" and chronic psychosis, according to the Christian Science Monitor. This should be enough to qualify him as intellectually disabled, which, according to the 2002 Supreme Court case Atkins v. Virginia, makes Hall ineligible for capital punishment.

However, this case also allowed states to set their own parameters for what is and isn't considered mental retardation, and Florida has a bright-line IQ cut-off of 70. A bright line rule or test is a set, objective standard to measure something or enforce a law. Anyone who scores above a 70 is not allowed to be considered mentally disabled despite any evidence to the contrary. Hall's scores ranged from 71-80 on three IQ tests (multiple IQ tests are given in case of error), which is considered borderline even by the Wechsler scale. On a previous test given during one of Hall's appeals, he scored a 60, which is well below the 70 mark. Hall's defense also brought multiple witnesses to testify to his mental insufficiency. But, according to US Legal Online, "An individual is defined as mentally incompetent if he/she is manifestly psychotic or otherwise of unsound mind, either consistently or sporadically, by reason of mental defect." Since Hall has chronic psychosis, a low IQ and brain damage, he more than fills the requirements for mental retardation.

This is the problem with "bright-line" rules. Bright lines can work well for things like voter registration or in determining age range for grades in school. But for less straightforward problems such as crime convictions and murder cases, a bright line test can be unfair. In those cases, a judge usually uses a balancing test, which allows them to evaluate all the different factors that affect a case before passing judgment. This is a better system because it can vary for each case, so that all people can be treated to a fair trial.

Admittedly, having a bright-line provides judges with an absolute, one-size-fits-all example by which to judge all cases. Still, each case is not the same. The mental state of each person depends on a number of different factors, including their environment and mental history, not just their IQ, so how can they pass judgment without considering every aspect?

All except for nine states use some variation of a balancing test to evaluate mental capacity, including Maryland. Although Maryland abolished the death penalty earlier this year, criminals already on death row or in prison can still be put to death, so the bright-line remains a problem.

Hall's appeal is based on the inability of Florida's rule to test for mental deficiency, but it is undetermined whether or not this case will set a precedent for all states' bright-lines. Even so, bright-line tests are unfair and Hall should not be sentenced to death for his crimes because he is not mentally fit enough to be held accountable.