Heading into week thirteen of the seventeen week season, the pressure is on our experts. For the most part, the standings have remained the same. Jacob still holds a slim lead over Sam and Abel and Rohan find themselves at the end of the pack. Abel, however, has gained some substantial ground on Sam, now only three games behind him. 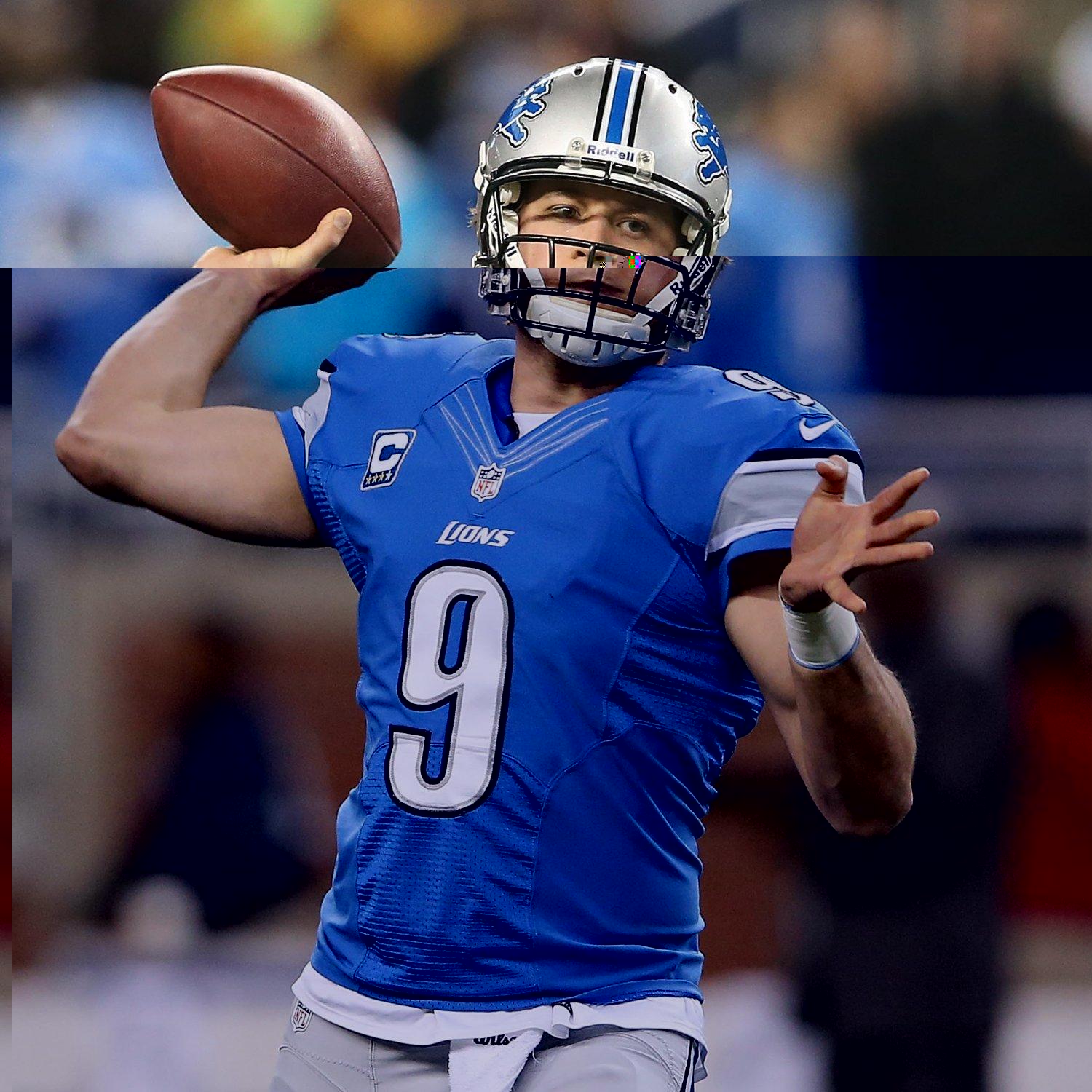 Photo: Matthew Stafford and the Lions are facing off against Green Bay in the historic Thanksgiving match up.

Photo: Matthew Stafford and the Lions are facing off against Green Bay in the historic Thanksgiving match up.

Jacob says: No Aaron Rodgers=No Packers win. period.
Sam says: With QB Matt Flynn now startin for the Packers , expect no offense in a mainly defensive game.
Abel says: The Lions are on a nine game losing streak in Thanksgiving Day games, but their nightmare ends this Turkey Day. I have very little confidence in the Packers without Aaron Rodgers.
Rohan says: The Lions are coming up against a Packers team that is still without Aaron Rodgers and because of this has suffered greatly evidenced in their tie against the Vikings, a game that the Vikings should have won.

Jacob says: The cowboys offense is a force that will simply overpower the Raiders weak defense.
Sam says: With both Rashad Jennings and Darren McFadden active for the Raiders rushing attack, the already terrible Cowboys defense should continue to struggle.
Abel says: I'll continue to say that Tony Romo is one of the top quarterbacks in the league, and those who claim that he sucks are people who probably aren't watching the games. Romo will be the best player on the field, and he'll be the difference.
Rohan says: The Raiders have not been impressive in recent weeks and because of this they will suffer a defeat against the Cowboys who are showing that they are a better and better team as the season progresses.

Jacob says: It always comes down to the wire with these two rivals, but I'm taking the Ravens at home because i like their offense over the slow Steelers D.
Sam says: Ben Roethlisberger is playing on point. This will be an unbelievably close game that the Steelers will somehow pull it out.
Abel says: Generally characterized as a matchup between two vicious defense, this rivalry will actually hinge on both offenses. The Steelers are gaining momentum and are much more balanced offensively. All in all, it'll come down to which team has the better quarterback. I'll take Ben Roethlisberger every time.
Rohan says: Even though the Ravens beat the Jets last week, they looked absolutely terrible evidenced in the fact that they only achieved 10 first downs at the start of the 3 quarter. The Steelers on the other hand have hit a good run of form and should come out as the winner in this one.

Jacob says: The Panthers defense is tops in the league allowing less than 14 points per game. No way the Bucs can put up enough to hang with Cam Newton.
Sam says: They proved last week that they can win while playing a bad game. That does not help the Bucs who will be shorthanded in this matchup.
Abel says: The Bucs have played significantly better, but the Panthers have no business losing this game.
Rohan says: The Panthers just look like the better team in this one and they should be able to win.

Jacob says: The Browns defense is legitimate, and the Jags suck.
Sam says: The Browns, at home with their defense, the Jaguars won't win.
Abel says: Even as they add to their win total, I refuse to pick the Jags.
Rohan says: The Jaguars have shown something and in this one against the poor Browns they should win.

Jacob says: The Texans are arguably the most disappointing team this season, and now they have to face Tom Brady who is coming off one of the greatest comebacks ever?
Sam says: Who would have thought that the Texans, a Super Bowl pick for some, would be contending for the first overall pick in the draft this April?
Abel says: This one of the few no brainers of the season.
Rohan says: The Texans combined with the Falcons are just teams that should be better but they aren't. Expect the Patriots to capitalize on this and win.

Jacob says: The Colts will end their losing skid at home against the subpar Titans.
Sam says: They have struggled a great deal, however, they are a playoff team and must turn it on at some point, why not now?
Abel says: I'm sure the Colts will rebound and play better, but the Titans matchup well against them in key spots like the secondary. The Titans need to feed Chris Johnson like they did in the first half of their last game against the Colts, but this time they need to continue it throughout the second half as well. Also, expect some "Fitzmagic”...
Rohan says: The Titans are good but not good enough to beat the Colts who are a team that if they can start well, can go places.

Jacob says: The Vikings are still uncertain at the quarterback position, and this uncertainty will not allow them to keep up with the Bears.
Sam says: My main man Josh McCown should torch Minnesota in this divisional matchup. Expect the Bears to crush the Vikings in this one.
Abel says: The Bears' run defense might give up 500 yards against Adrian Peterson, but the Vikings are too limited everywhere else to keep up with Chicago.
Rohan says: The Vikings achieved a rare tie last week but this will not boast their chances to defeat the Bears who should easily win this one.

Jacob says: That whole bullying scandal will surely be chanted about by the Jets faithful and the Dolphins will struggle to generate offense.
Sam says: Again, I'll roll the dice with the Jets. It killed me last week, but I'm taking another shot. They are a better team at home, and I think this will be an up week for Geno Smith.
Abel says: I like the Jets defensive line's matchup with a Dolphins offensive line that's given up 44 sacks this year. But the Jets' secondary is very burnable, and I hesitate to go with a Geno Smith led team.
Rohan says: The Dolphins have encountered a huge scandal this season but this should be irrelevant against a Jets team that stunk up M and T BAnk stadium when they played Baltimore last week.

Jacob says: The emergence of Nick Foles as a dynamic offensive threat in Chip Kelly's high octane offense will just outscore the surging cardinals.
Sam says: This is a tough game. These are possibly the two hottest teams in the NFC. However, the Cardinals are not nearly the team on the road that they are at home, and with the Eagles defense doing a great job of bending but not breaking, I'll take Philly in a close one.
Abel says: This game will probably be a shootout, so it'll come down to which defense can make a few stops. The Cardinals D is phenomenal while the Eagles have the worst pass defense in the NFL. Expect Larry Fitzgerald and Michael Floyd to have a very nice day.
Rohan says: The Cardinals have quietly achieved a very good record in the way most teams records are this season. They should be able to defeat the Eagles who are on the rise.

Jacob says: The Falcons are nothing without Julio Jones.
Sam says: The Falcons are down and out. It's kind of sad.
Abel says: The Bills are at home, and their defensive line (tied for first with 37 sacks) should wreak havoc.
Rohan says: I know it may seem weird but, because of the law of averages and the team they were last year, the Falcons should beat the Bills.

Jacob says: Kellen Clemens won't be able to solve this niners defense.
Sam says: This is my blowout pick of the week. No way Kellen Clemens can do much against the 49ers' punishing defense.
Abel says: I'm tempted to go with the Rams here, but the 49ers seem to be hitting their stride.
Rohan says: The 49ers at home are a very good team, one the Rams will npt be able to beat.

Jacob says: We've seen how deceiving the Chiefs 9-0 start was and now Peyton Manning is pissed after letting one slip in Foxborough.
Sam says: The Chargers exploited the Chiefs weakness defensively. The flats, dominating the flats early and then working to later zones hurt the Chiefs. And if I can see that, you know Peyton Manning already has.
Abel says: The Chiefs could be without their top two pass rushers for this game as Justin Houston is already out and Tamba Hali's status is yet to be determined. We all know what Philip Rivers did to that Chiefs' defense without those two. Imagine Peyton Manning…
Rohan says: After the way Peyton lost last week, there's no way he will allow his Broncos team to lose once again.

Jacob says: The Chargers won't be able to stop A.J. Green and this potent Cincy passing game.
Sam says: Although the Chargers were great offensively last week, that isn't to be expected again when they face another great defense in the Bengals.
Abel says: Philip Rivers is on fire right now, and in this quarterback league, a hot signal caller is really all you need.
Rohan says: The Chargers need a win to stay in playoff contention. This urgency will propel them to a win against the Bengals who with QB Andy Dalton still don't really impress me. 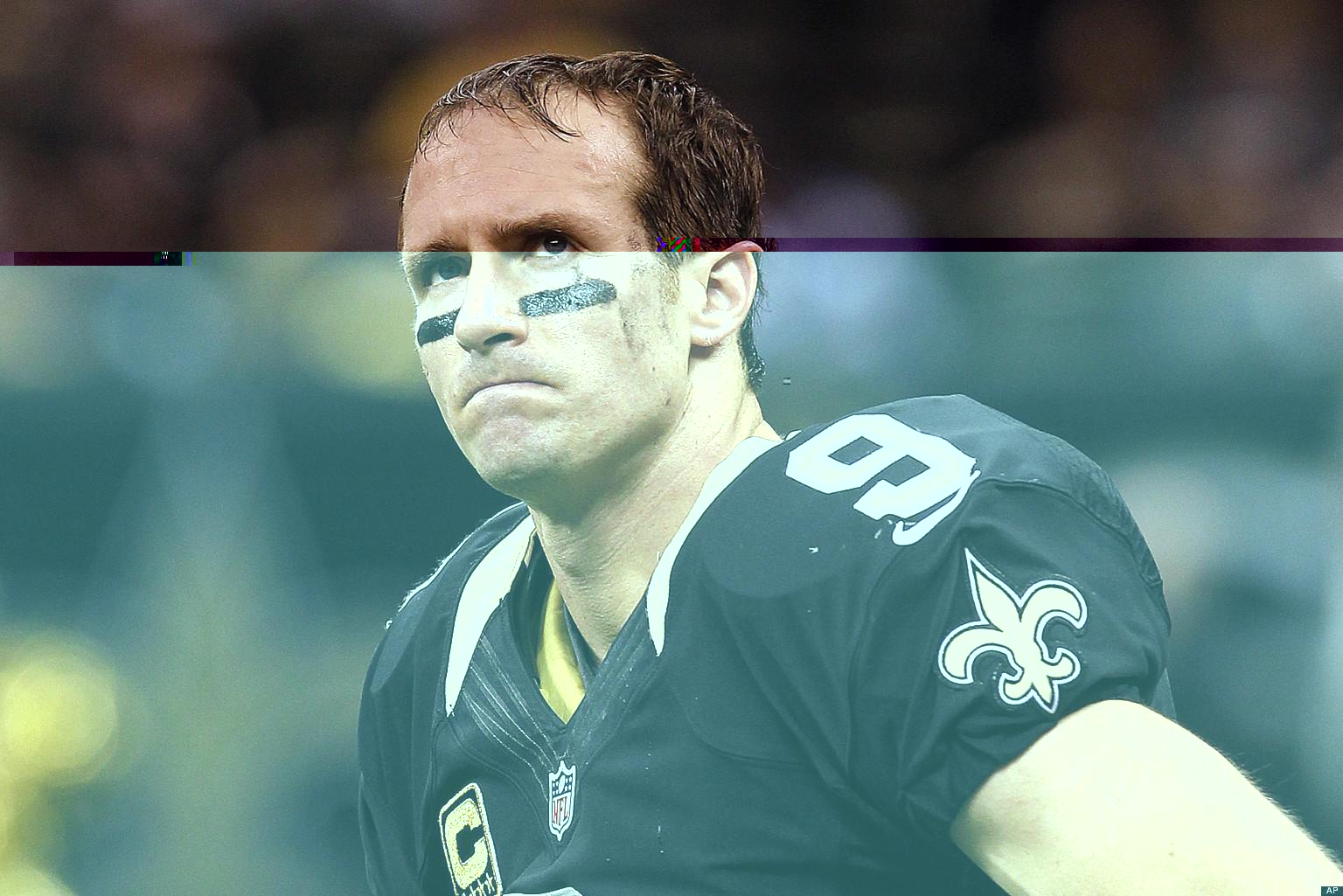 Photo: The Drew Brees led Saints' offense has a difficult task this week against Seattle.

Photo: The Drew Brees led Saints' offense has a difficult task this week against Seattle.

Jacob says: This will be close, but look for the Seahawks defense to come up with a big turnover to turn the tide in the second half.
Sam says: If one reads the previous weeks of these picks they'll find that I have been loving the Saints since week 1. No way I can turn on them now in a game of this magnitude.
Abel says: The biggest key in this game is how well the Seahawks' secondary can contain the Saints' passing game. I expect Drew Brees and his many weapons to exploit this depleted Seattle back four. I know the Seahawks are very good at home, but the Saints are too explosive and their defense is quite capable.
Rohan says: The Seahawks at home are a force to be reckoned with. All one has to do is remember the payoff game in which the Saints were shockingly knocked out a couple of years ago. Expect the Seahawks to win this one.