As we now near the halfway point in the NFL season, our SCO expert predictions remain in a relatively close race. With a lot more injuries and players sitting on the sidelines, it only makes our experts' jobs more difficult. Falcons' WR Roddy White, Falcons' RB Steven Jackson, Colts WR Reggie Wayne, Packers' WR James Jones among others all will sit out week eight at the very least. Sam has reclaimed the top spot over Jacob by one game as all of the experts had another harsh week seven. Rohan remains one game behind Abel as both Rohan and Abel gain slight ground on the two frontrunners. The standings go as follows: 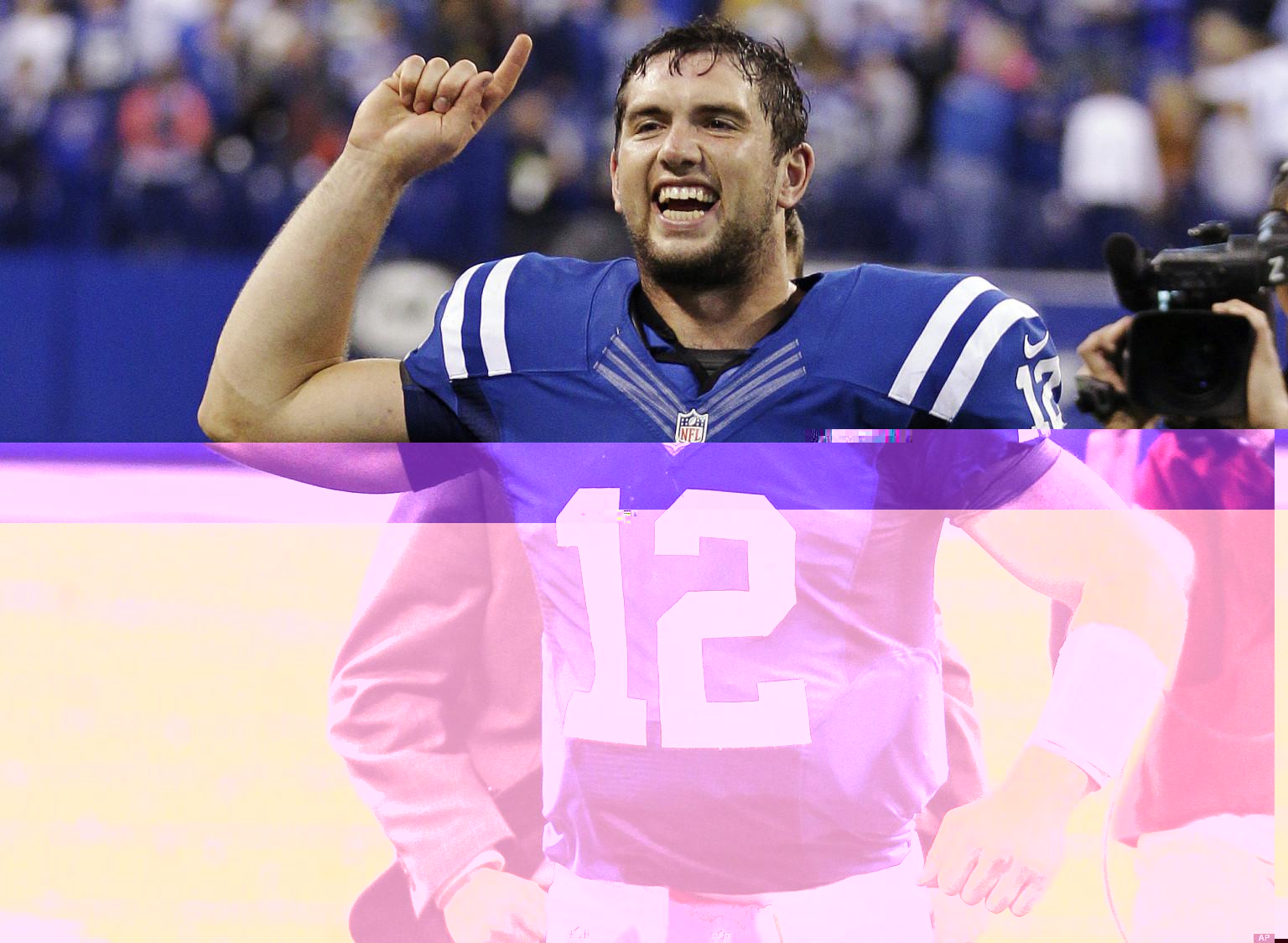 Sam says: No Doug Martin for the Bucs, they can still get their first win of the season, call me crazy. The Bucs can pass rush well against a poor Panthers O-Line and force QB Cam Newton to make mistakes. I also love the passing matchups they have on the outside with WRs Vincent Jackson and Mike Williams, that should neutralize the Panthers dominating front seven early, and then rookie RB Mike James will carry the load and do it well. Go hard or go home I guess with this pick.
Jacob says: The Panthers will make it two victories in a row against Mike Glennon and the Bucs' subpar offense.
Abel says: I'm a bit nervous picking the Panthers here despite their recent success because I still don't fully trust them. But the Bucs are without running back Doug Martin in an offense that already lacks explosion. The Panthers' defense, who are ranked third in the league, should carry the team past Tampa Bay.
Rohan says: Expect Cam Newton to dominate this game and show off his superman celebration more than once. Without a potent offense expect the Buccaneers to lose this one.

Sam says: Although my Saints suffered a dramatic loss, I am still on the bandwagon and the poor Bills should be their tune-up game for the rest of their season.
Jacob says: The Saints prolific offense will easily ground the Bills in the Superdome.
Abel says: There's not much to this game. Drew Brees, even if he doesn't have Jimmy Graham back, should be able to lead the Saints past the Bills
Rohan says: In this matchup expect Drew Brees to show his class and lead the Saints to a win against the Bills.

Sam says: Willis Mcgahee is struggling and Brandon Weeden got benched. Bad signs for Cleveland.
Jacob says: Andy Reid has really gotten through to his squad this year, and its only going to continue as the Chiefs welcome Cleveland to Arrowhead, where a record was just set for loudest outdoor decibel levels.
Abel says: The Browns' defense could keep them in the game against the Chiefs' bland offense, but Cleveland doesn't have enough offensive talent to challenge Kansas City's great defense.
Rohan says: The only undefeated team in the NFL, the Chiefs are looking to bounce back from their narrow win over the Texans to defeat the Browns who, with growing quarterback problems do not have enough offense to threaten the awesome Chiefs' defense.

Sam says: The Lions will roar loudly on Sunday with Megatron and Reggie Bush blowing out the spark of the Cowboys' defense.
Jacob says: This will be closely contested, but don't underestimate the value of home field advantage. Cowboys QB Tony Romo will find it hard to call audibles and the Lions offense will put up some big points.
Abel says: This is a tough one, but I'm going to go with my gut here and pick the Cowboys. In what I expect to be a shootout, I'll take Tony Romo and his weapons over Matt Stafford and Megatron. This could turn out to be the game of the year.
Rohan says: Although the Cowboys have recently hit a run of form, they will hit a wall and lose to the Lions who are vying to be two games over 500.

Sam says: I might as well leave this spot blank. No explanation needed.
Jacob says: The only thing that could help the Jags is overconfidence on the part of San Francisco.
Abel says: Jaguars' games require no analysis.
Rohan says: With a wealth of attacking options, against the worst team in the NFL who have gone unfeated, in other words they have not won one game.

Sam says: After the Dolphins beat the Falcons to get to 3-0, the Falcons have shown to be horrible, and the Dolphins have shown to be not much better. With no running game for Miami, the Dolphins will sink in this one.
Jacob says: The return of tight end Rob Gronkowski will create matchup problems for Maimi up the middle.
Abel says: After starting the season 3-0, the Dolphins have quickly fallen back to .500. I just can't trust them right now. Also, Gronk is back.
Rohan says: The Pats are as consistent as they ever have been in recent years and this consistency will be demonstrated against the Dolphins. Expect the Pats to win this one. 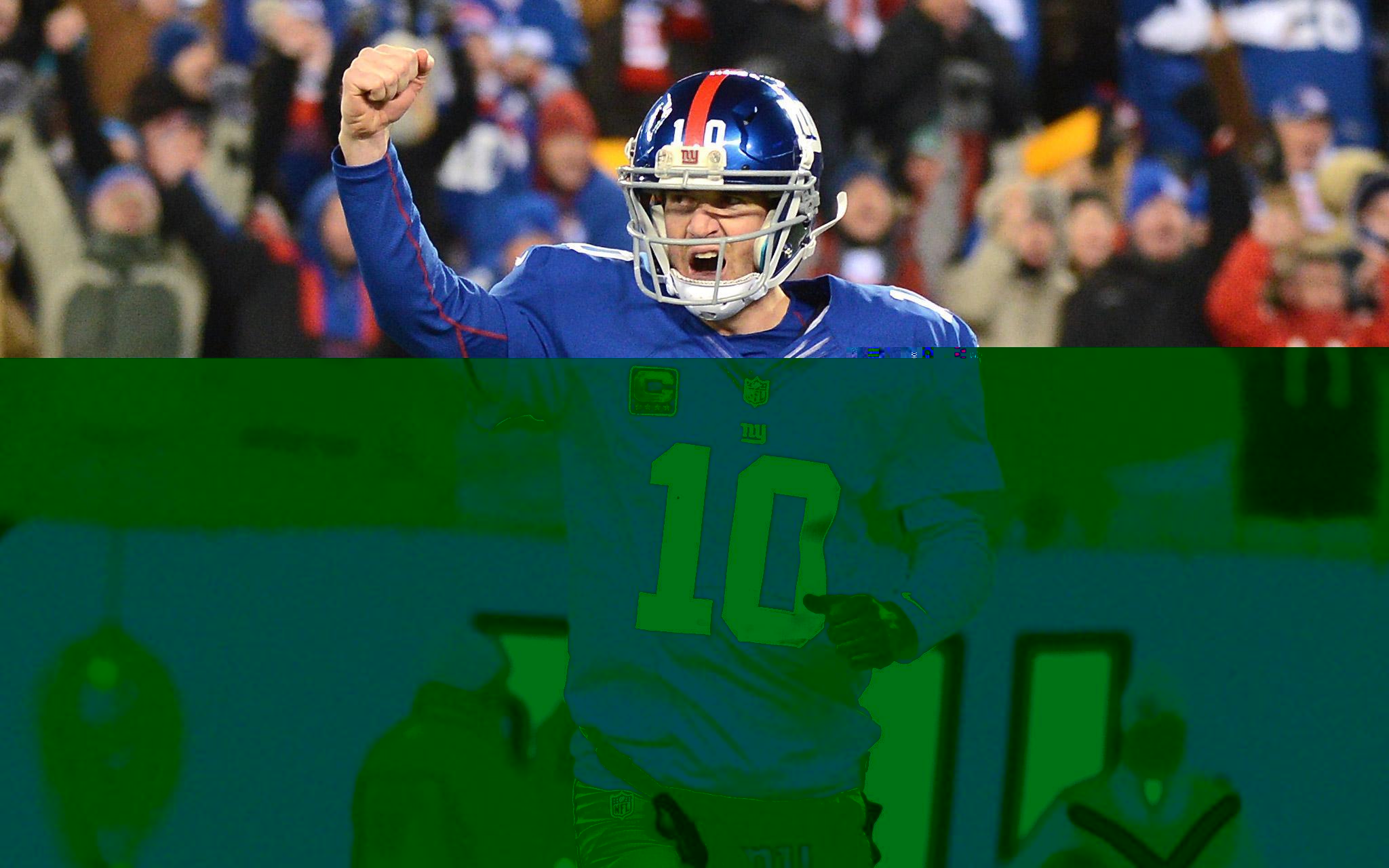 Sam says: With Michael Vick at the helm, the Eagles have averaged 2.4 more yards per rush than with Nick Foles. The Giants are probably not quite ready for the heaping dose of LeSean McCoy they are about to receive.
Jacob says: The Eagles' offense should have no problem disposing of the Giants D.
Abel says: Mike Vick should return for this divisional matchup and re-energize an Eagles offense that was anemic last week.
Rohan says: The Giants eventually had to win one game because of the law of averages and now that it has been done they will return to losing ways this week against the Eagles. The Eagles are looking to win their division, which is one of the worst in the NFL.

Sam says: With a dominating front seven and the beast known as A.J. Green, the Bengals will move to a surprising 6-2.
Jacob says: Despite the Jets' upset win against New England last week, I don't think they'll be able to handle the Dalton to Green connection.
Abel says: This is a game with upset potential because of the Jets' solid defense and Andy Dalton's inconsistency, but I expect Jets' QB Geno Smith to make a few rookie mistakes and throw the game away.
Rohan says: The Bengals are a better team and even though the Jets have pulled out results, they are a very inconsistent team. The Bengals will ride Andy Dalton again this week and win another game.

Sam says: Ben Roethlisberger is beginning to finally use his speed demons in WRs Antonio Brown and Emmanuel Sanders to his advantage, Oakland is having trouble in the secondary too. It should be recess for that passing game.
Jacob says: The Steelers have veteran leadership that knows how to win, look for the offense to get it done in Oakland.
Abel says: Unlike my colleagues, I've got the guts to make bold predictions. This is one of my weekly upset picks. The Raiders are an improved team with Terrelle Pryor at the helm and his dual threat ability will give problems for a slow Steelers' defense.
Rohan says: Although I am not totally convinced by the Steelers, I believe they will beat the Raiders who are equally as bad.

Sam says: Hopefully it's one of the Broncos' player's birthdays because the Redskins will be their pinata.
Jacob says: Peyton's not going to lose twice in a row.
Abel says: Last week I picked against the Redskins, and they won. As a Redskins fan, I hope it works again.
Rohan says: Peyton will get over the disappointment of losing last week by pounding the Redskins this week.

Sam says: The Vikings put up 7 points against the 0-6 Giants, and that was a punt-return TD. No way they can hang with Aaron Rodgers.
Jacob says: Peterson has a lot going on in his personal life, and that's contributed to "un-peterson” like performances these past couple weeks.
Abel says: I was wrong last week but I'll say it again: Adrian Peterson should have a good day against the Packers. But Aaron Rodgers will torch this Vikings' secondary.
Rohan says: With AP battling hamstring issues the Vikings will not have a man to go to. Combine with the Packers offense and the Packers should easily come out on top.