Jacob slightly distances himself from the pack

Now heading into week twelve of this NFL season, Jacob has given himself a three game lead over his brother Sam and the rest of the pack. Jacob and Sam have been neck and neck throughout the entire season thus far. Jacob finds himself in the lead, however, following another off week from Sam last week. Also, don't forget about Abel, who remains only four games out of second place. Rohan on the other hand, seems to be nearly out of contention.

Jacob says: Two teams heading in opposite directions.
Sam says: A closer game than most expect. But no doubts on my Saints.
Abel says: You've seen the Falcons play recently, right?
Rohan says: The Falcons have proven time and time again that they are not the same team as they were last year losing to the lowly Bucs.

Jacob says: The Browns' D will make it tough on Pittsburgh, but their offense simply won't be able to put up enough points to win.
Sam says: The Steelers are on a roll, and the Browns offense must improve for them to become competitive again.
Abel says: The Browns took a step back last week against the Bengals. The Steelers are gaining some momentum and Ben Roethlisberger is quietly playing well.
Rohan says: The Steelers have been playing well recently and are in contention for the second wild card spot. This should give them some extra motivation against the Browns.

Jacob says: The Bucs have wins against two of the worst teams in football, plus the Lions need every game they can in the three headed NFC North race.
Sam says: The Lions are in a stiff race for the division lead. The third best pass offense in football should fair well against a weak Bucs secondary.
Abel says: The Bucs have played much better as of late, but unlike last week, they are matched up against a clearly superior team. But the Lions will definitely be in trouble if Calvin Johnson can't get off of Revis Island.
Rohan says: The Bucs have two wins in a row, but their recent run of good form will end as they play the Lions, who are not the same type of opponent that the Falcons are.

Jacob says: The Vikings can't seem to find a quarterback to compliment Adrian Peterson. That's why they won't be able to keep up with the pack.
Sam says: It's hard to believe that just last season the Vikings were a playoff team.
Abel says: Even Scott Tolzien will be able to pull out a win (at home) against the lowly Vikings.
Rohan says: Against a poor Green Bay defense and an offense without a quarterback now that Aaron Rodgers is still not available, the Vikings will capitalize and win this game.

Jacob says: The Chiefs' defense managed to slow down the Broncos, so Philip Rivers has essentially no chance.
Sam says: Expect the Chiefs to go back to their bread and butter this week. Alex Smith attempting just 15-20 passes. Alot of Jamal Charles, no turnovers, and some stout defense should round out their game plan.
Abel says: The Chiefs love playing press man coverage and that should work for them against a banged up Keenan Allen and a less than stellar Chargers receiving corps. Kansas City's pass rush shouldn't have too many issues getting to Philip Rivers against a Chargers pass rush that's had to be shuffled around all season.
Rohan says: The Chiefs will recover from the loss they suffered at the hands of the Broncos. They'll take their anger out on the Chargers, who have struggled recently.

Jacob says: The Rams' nineteenth ranked scoring offense will have no answers for Chicago's tough D.
Sam says: QB Josh McCown will conquer once again, again supporting my prediction that he will steal the starting job from Jay Cutler. He has yet to lose a start this season while Cutler is a mediocre 4-4 as a starter.
Abel says: I'm going out on a very shaky limb here. I like the Rams' front four and their ability to generate pressure on quarterbacks. I also like Zac Stacy at running back, especially against a Bears run defense that reminds a lot of tissue paper. Like I said, upsets happen pretty much every week in the NFL.
Rohan says: The Bears are are a solid team and against a subpar Rams team, they should be able to pull out the dub. 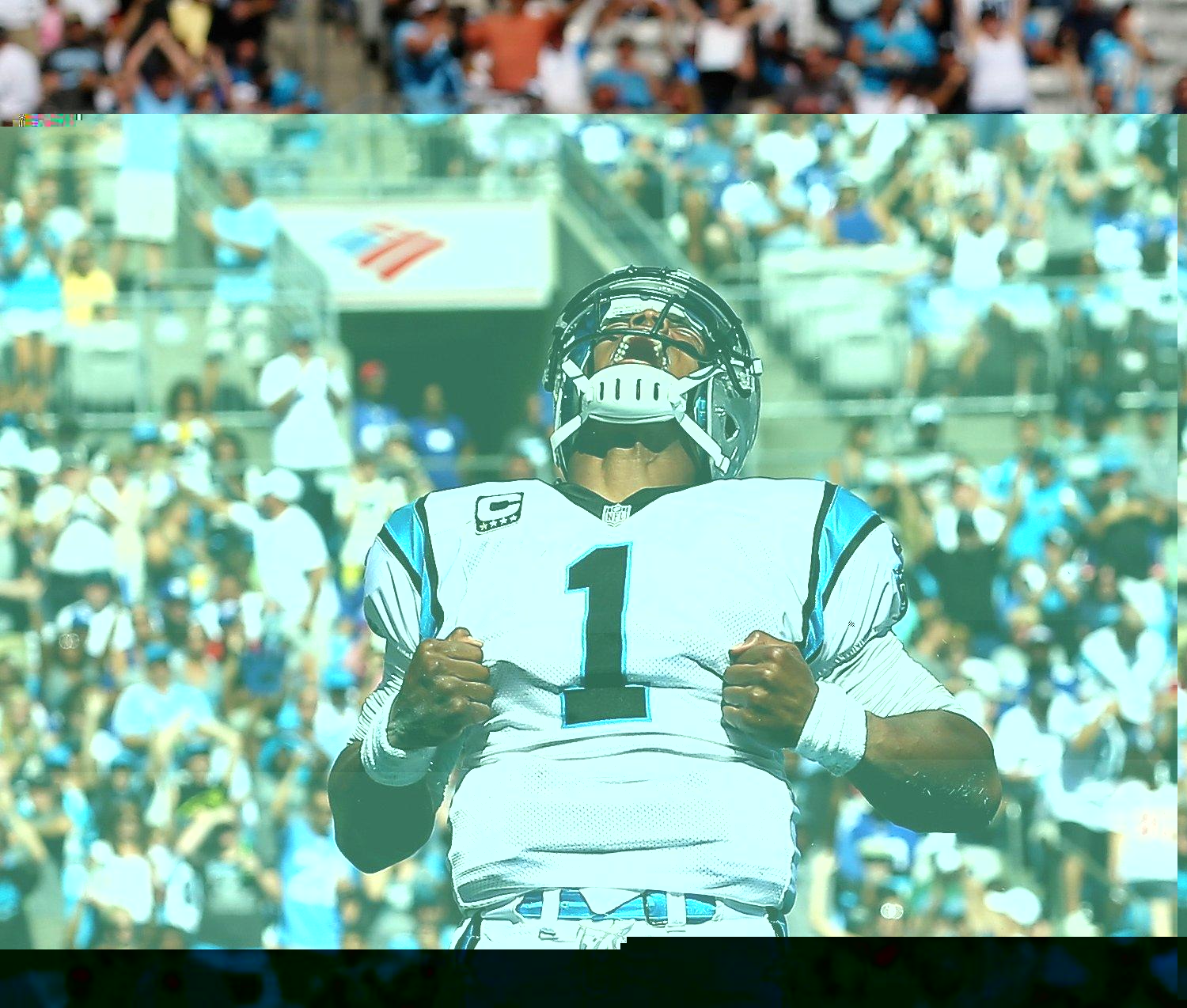 Jacob says: If they can slow down Brady, they can surely slow down Tannehill.
Sam says: Will they ever lose again? Head Coach Ron Rivera went from the intense hot seat, to a Coach of the Year candidate in just 6 weeks.
Abel says: The only question here is whether the Panthers, on a short week on the road, will come out flat in a possible letdown game.
Rohan says: With Cam Newton on a roll and the defense remaining resilient, the Panthers are surging. Expect them to beat the Dolphins, who have been anything but impressive in recent weeks even if they did beat the Chargers.

Jacob says: The Jets' crazy win, lose pattern should come to an end this week against a Ravens team that is playing at home and has the leagues 11 ranked offense.
Sam says: An odd number game so a Jets win. It's unbelievable how a 6 year-120 million dollar contract got to Joe Flacco. It doesn't seem to smart now.
Abel says: I'm going with the lesser of two evils. Geno Smith was atrocious last week, and you can't possible trust the Jets in this roller coaster ride of a season. The Jets can stop the run, but it won't matter because the Ravens can't run the ball anyway (last week's performance was due to the bad weather and a bad Bears defense). However, the Jets secondary is very burnable and should get torched by Baltimore's speedy receiver Torrey Smith. Smith, like most rookie quarterbacks, also struggles on the road.
Rohan says: After a terrible game last week the only direction Geno Smith can go is up.

Jacob says: Actually a much tougher pick than I would have expected. The Texans are never a safe pick, but picking against the Jaguars is.
Sam says: Who better to play when you just can't get a win than Jacksonville? Expect rookie QB Case Keenum to flex his muscles against the Jaguars.
Abel says: So… I hear Jacksonville's nice this time of year...
Rohan says: Although the Texans have a very poor record, their team is still better than the Jaguars who just plainly near a terrible team.

Jacob says: The Titans still boast the eighth ranked defense in terms of yards per game.
Sam says: I'm still not quite a believer in QB Matt McGloin. The Titans will squeeze out this win in Oakland.
Abel says: Bill O'Brien, the current head football coach at Penn State University, is very good at getting his players pro-ready, and it seems like O'Brien has done just that for Matt McGloin, the undrafted rookie out of PSU. The Raiders can pull this out in the Black Hole if the run defense remains stout and McGloin plays efficient, mistake free-football.
Rohan says: After the Titans' loss to the Jaguars, my confidence in them has severely dropped. The Raiders are an inconsistent team, but they should be able to pull out a win.

Jacob says:
Sam says: For some odd reason, the Cardinals are a whole different team at home. They are fast, fly around, are very opportunistic. It is a style that the Colts have struggled greatly with this season. Just ask the Rams and Chargers.
Abel says: The Colts aren't the same offensively without Reggie Wayne. It also doesn't help that they can't run the ball. I expect Patrick Peterson to lock up T.Y. Hilton, who I still don't think is a number one receiver, and the defense as a whole should be able to contain a very one-dimensional offense.
Rohan says: The Colts simply do not lose back-to-back games. With Andrew Luck as the leader of their offense they always have a chance to win games, which they should do against the Cardinals.

Jacob says: The Giants have yet to lose since their horrid 0-6 start and that should continue at home against the Cowboys, who should be nervous that December is right around the corner.
Sam says: This is the type of game the Cowboys don't win. Against a team great against the run in a cold, windy game, they will struggle running the ball. However, the Cowboys can compete because of the amazing catches that Dez Bryant is capable of making. However, the Cowboys will lose on the other side of the ball. Their defense is atrocious. They are looking awful for firing former DC Rob Ryan.
Abel says: It's that time again for the Cowboys to give fans and pundits a false hope. I have a gut feeling that Tony Romo and Dez Bryant will step up against a Giants team that has feasted on subpar teams (Minnesota, Oakland) and a team missing the league's best quarterback (Green Bay).
Rohan says: The Giants are primed for this sort of game as in almost every recent season they have won games that they have needed to the most. 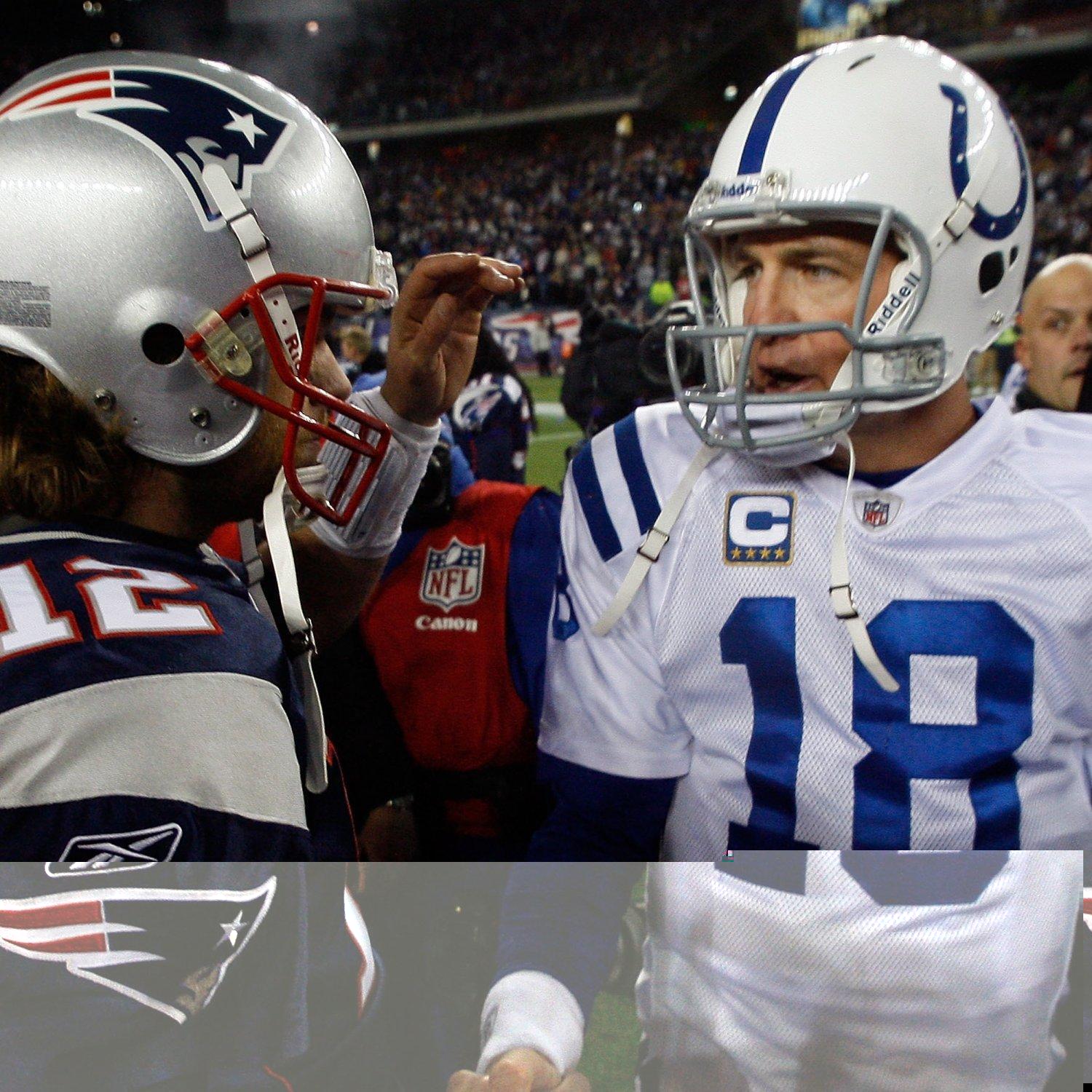 Photo: Tom Brady's Patriots will face off against Peyton Manning's Broncos on Sunday night. The two quarterbacks have matched up more than a few times before.

Photo: Tom Brady's Patriots will face off against Peyton Manning's Broncos on Sunday night. The two quarterbacks have matched up more than a few times before.

Jacob says: Once again, Peyton Manning has a better supporting cast than Tom Brady. Look for the Broncos' defense to be the difference maker in this epic showdown.
Sam says: Tom Brady is 23-5 in games below freezing while Peyton Manning is just 2-5. The Broncos' defense has been able to allow more than 20 points and be bailed out by their offense, they have allowed more points than the Pats have scored this season. However, this week it won't work in this upset.
Abel says: Obviously, both teams can move the football with their respective quarterbacks leading the charge. The key will be which defense makes more stops, and there is no question it will be Denver's.
Rohan says: The Patriots are a shell of their former selves, and they will continue to demonstrate that against the mighty Broncos.

Jacob says: Sorry Redskins fans, but a loss here would essentially end their season, and there's no way RGIII is gonna beat Colin Kaepernick. Kaepernick can match RGIII stride for stride with his feet, and has a great arm to match. Not to mention the 49ers also have the fourth ranked scoring defense.
Sam says: Things are a mess right now for DC football. Good thing the Wizards are causing excitement for us DC people...
Abel says: This team is just plain bad, and that goes for my guy Robert Griffin III, too.
Rohan says: The Redskins are terrible team. RGIII has not come back from his injury as all of the fans expected him too and their defense has been nothing short of terrible. The 49ers should pummel the Redskins this week.