Will this be the Caps' year? 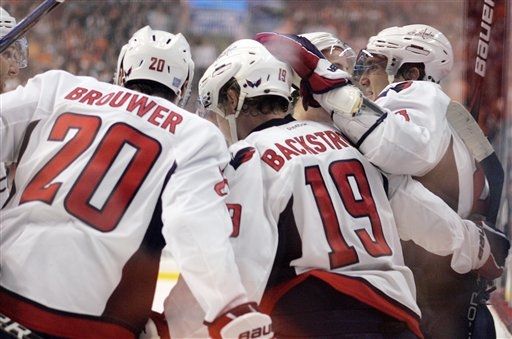 Photo: The Washington Capitals are off to a great start in 2011-12. Will this be the year they finally capture the Stanley Cup?

Photo: The Washington Capitals are off to a great start in 2011-12. Will this be the year they finally capture the Stanley Cup?

The National Hockey Association (NHL) is back. With the National Basketball Association (NBA) in full-flung lockout mode, hockey could see rejuvenation and resurgence into the nation's mind.

Along with the fact that it could be the only sport to watch once football ends, hockey does present some interesting storylines. The return of Sidney Crosby, Brad Richards' signing with the Rangers and fresh faces in the nation's capital should make this an especially exciting year for the sport.

Let me assure you that the Capitals will be good, probably even great, but in the end it'll be the Pittsburgh Penguins playing for the Stanley Cup this year. Crosby and Evgeni Malkin will be at full form, setting up a possible repeat of Pittsburgh's 2008-2009 championship season.

Steven Stamkos will build on last year's impressive season and run away with the Hart trophy, while Henrik Lundqvist will finally win the Vezina trophy after being nominated four times without a win. Top prospect Brayden Schenn will blast onto the scene in Philadelphia after several dominant seasons in the Western Hockey League, the premier junior hockey league in Western Canada and the Northwest United States.

1) Pittsburgh Penguins:
The Penguins still ended the 2010-11 season with the second most points in the Eastern Conference even without leading scorers Sidney Crosby and Evgeni Malkin for most of the season.

2) Philadelphia Flyers:
Along with Schenn, the Flyers added 2010 Vezina finalist Ilya Bryzgalov to stabilize the one weakness the team saw in 2010-2011. Expect a very different team than last year, but a winning one nonetheless.

3) New York Rangers:
They made the big move, signing center Brad Richards to a nine-year, 60 million dollar deal. With Lundqvist in the net, the Rangers will be competitive.

4) New Jersey Devils:
After finishing out the 2010-2011 season strong, the Devils look to come back hot. Regardless, they will not be able to compete in the tough Atlantic division with the best of the East.

5) New York Islanders:
Certainly the worse New York team, the Islanders had a shaky season last year. They are young and success is not far off, but it will take a few more years for the Islanders to be a contender.

1) Boston Bruins:
The returning champions are very good. Probably good enough to be the first team to win back to back titles in the Northeast division since its creation in 1993. Back to back Stanley Cups however, not very likely.

2) Buffalo Sabres:
The Sabres tossed a lot of money around this offseason and now we will just have to wait and see if it pays off. My guess, the Sabres play well enough to make it to the playoffs, but a first round matchup against the Penguins is too much.

3) Montreal Canadiens:
The Canadiens will be looking at another good season after adding some size and some skill over the offseason.

4) Toronto Maple Leafs:
Led by sophomore goalie James Reimer the Maple Leafs have a shot at the playoffs again this year. Last year they fell a few games short and the same will happen this year as they battle the Canadiens for the last playoff spot.

5) Ottawa Senators:
A new coach will help out the dismal Senators, but without any big offseason move, the Senators are in trouble again. 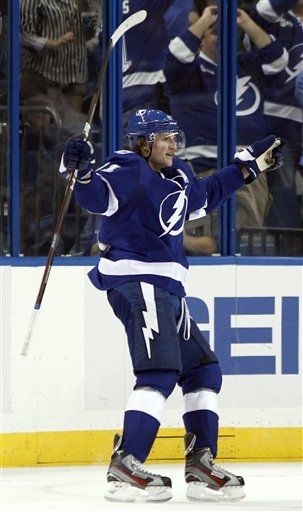 Photo: Tampa Bay's Steven Stamkos is the favorite to win the Hart Trophy, the NHL's most valuable player award.

Photo: Tampa Bay's Steven Stamkos is the favorite to win the Hart Trophy, the NHL's most valuable player award.

1) Washington Capitals:
Once again they were the playoff favorite, and once again they exited early. Maybe this year Alexander Ovechkin and Nicklas Backstrom can pull the team together and make a serious playoff run.

2) Tampa Bay Lightning:
After being one game from the Stanley Cup Finals, the Lightning will be on point again this year. Steven Stamkos is an MVP (Most Valuable Player) favorite, and aging stars Vincent Lecavalier and Martin St. Louis are still good enough to provide a spark.

3) Carolina Hurricanes:
They came so close last year, being knocked out of the playoff hunt with one game left in the season, and this year should be the same. They are good, but they need to take one more step to become a playoff team.

4) Winnipeg Jets:
They have one of the most exciting young players in sports in Evander Kane, famous for his one hit KO of Pittsburgh enforcer Matt Cooke. Along with a killer right hook, Kane does have the offensive skills to solidify the Jets.

5) Florida Panthers:
Coming off a last place finish in the Eastern Conference, there has been a lot of change in Florida. A lot more change will be needed to turn them into a playoff team.

1) Chicago Blackhawks:
Two years ago they won the Stanley Cup. Last year they clinched a playoff berth in their last game of the season. This year they'll split the difference.

2) Detroit Red Wings:
The Red Wings have made the playoffs in twenty straight seasons, and its time for twenty-one. The team is aging but they can still bring the heat in Detroit.

3) Nashville Predators:
They took several big hits with the losses of four 20 goal scorers last season. It will be an uphill battle for the Predators but, they still remain a threat in the West.

4) St. Louis Blues:
The music will finally begin to play in St. Louis where the Blues are poised to take control and put up a strong 2011-2012 season.

5) Columbus Blue Jackets:
They will be better than last year, partially because you just can't get that much worse. A lack of big time playmakers will leave Columbus at the deep end of the division.

1) Vancouver Canucks:
You can't argue with the Canucks. So clearly the best team of 2010-2011, Vancouver is the Western favorite once again. The offense is there, the defense is there and the special teams are there. Now only one thing is missing, and that is a Stanley Cup trophy.

2) Minnesota Wild:
There is a big drop off between teams one and two in the Northwest but Minnesota can shorten that gap a little this year. Sniper Dan Heatley can improve the scoring and the Wild will compete come April.

3) Calgary Flames:
The Flames are so close every year to taking that last stride, but its been a while since they've been in the playoffs. This year will be no different.

4) Colorado Avalanche:
The Avalanche sent two draft picks to the Caps for Semyon Varlamov who can sturdy of the Avalanche defense, but not enough to erase the defensive woes of last year.

5) Edmonton Oilers:
There aren't many teams in the NHL worse than the Blue Jackets, but the Oilers seem to fit the bill.

1) San Jose Sharks:
The most well rounded division in the NHL, is topped off by the Sharks who have come just short of the finals in back to back years. Another good year will be finished off by another close postseason loss.

2) Los Angeles Kings:
With the acquisition of center Mike Richards the Kings will move up the ranks in the West, behind a much-improved offense. 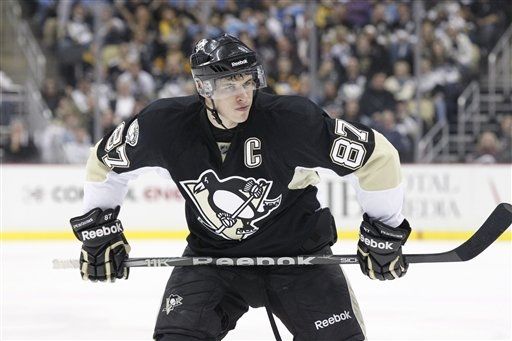 Photo: Sidney Crosby is practicing with the Penguins again after being injured for most of last season. He's expected to return to the lineup soon.

Photo: Sidney Crosby is practicing with the Penguins again after being injured for most of last season. He's expected to return to the lineup soon.

3) Anaheim Ducks:
The Ducks have an explosive offense featuring Hart Trophy winner Corey Perry. The defense is lacking, but they can score more goals than they let up.

4) Phoenix Coyotes:
For some odd reason hockey isn't that popular in Phoenix, and that leaves the Coyotes strapped for money. That led to the loss of star goalie Ilya Bryzgalov but the maneuvering of General Manager Don Maloney can keep them competing.

5) Dallas Stars:
Anytime you lose your best player to free agency your team takes a hit. The Stars lost Brad Richards, and regardless of what the front office says, they will take a hit.