Two of the nine students moved on to become finalists

"I was surprised when I saw that I was an Intel semifinalist, but I would have been happy even if I wasn't selected. The project was fun for me since I'm really passionate about astronomy," senior Noah Fang begins. "How did my mom react?" He pauses. "She was like, 'okay'."

Fang is among nine Blazers who were named semifinalists in the 2016 Intel Science Talent Search, the most of any school in the country. The national science competition allows students to submit independent research projects for a chance at winning one of three $150,000 top prizes - a feat accomplished by Blair graduate Michael Winer just last year. Although Fang downplays the success his research brought him, becoming a semifinalist in Intel is anything but a small feat: each student receives $1,000 and another $1,000 for his or her school. 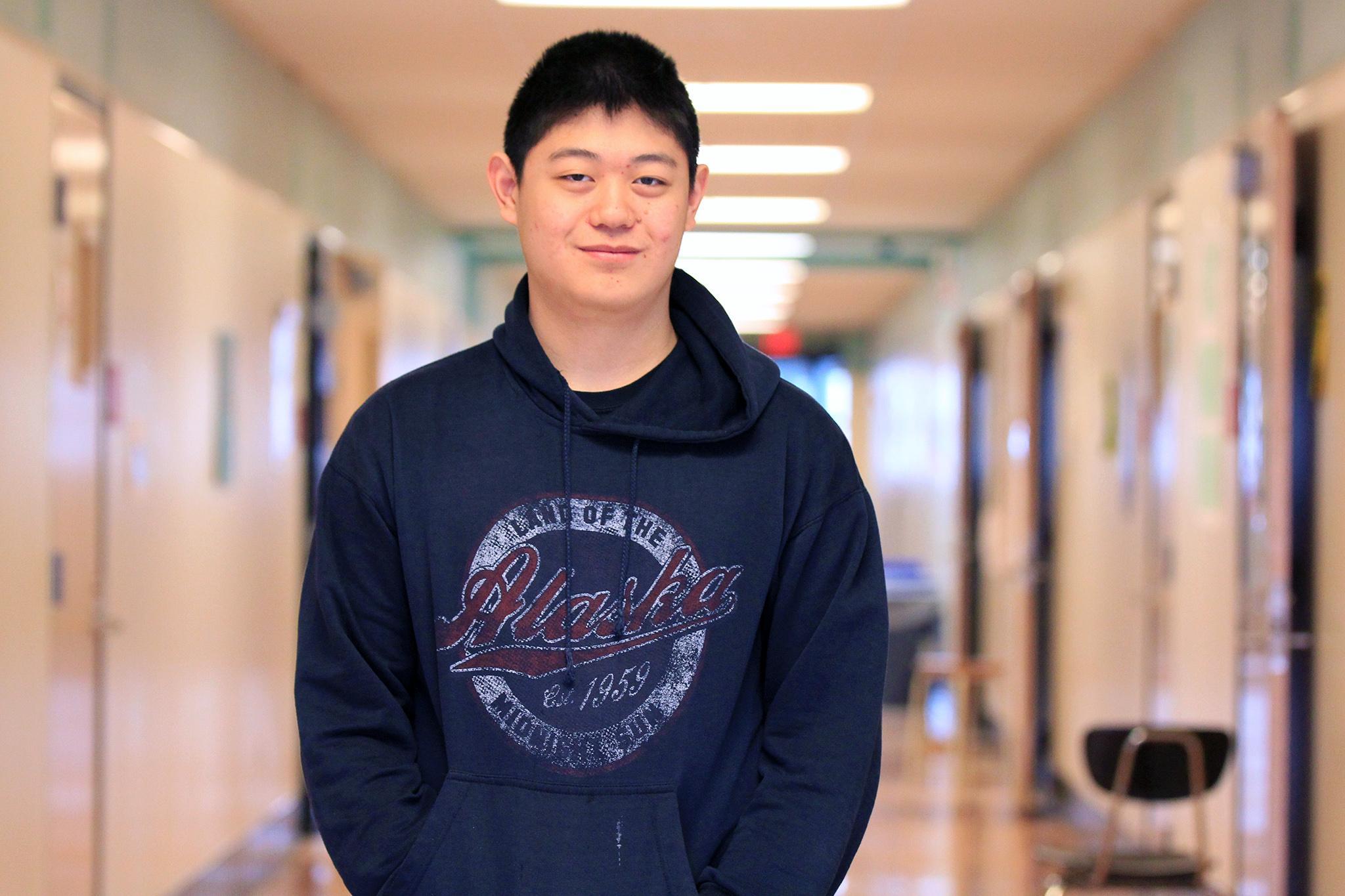 Photo: Noah Fang, pictured here, was one of 300 Intel semifinalists in the nation.

Photo: Noah Fang, pictured here, was one of 300 Intel semifinalists in the nation.

On Jan. 20, Intel announced forty finalists out of a pool of 300 semifinalists, including two from Blair: seniors Josephine Yu and Arnold Mong. Both will receive $7,500 and a trip to Washington, D.C. to participate in final judging.

A summer of research

While many students hit the beach or traveled over the summer, most applicants to Intel were busy conducting research. Senior Eric Chen, one of the semifinalists, worked at the National Institutes of Health the entire summer before his junior year, studying pregnancy-associated breast cancer (PABC), a form of breast cancer that affects women during and after pregnancy. Pregnancy compounds the dangers of breast cancer because estrogen release during pregnancy amplifies the proliferation of mammary epithelial cells, meaning that a single cancer cell duplicates much quicker than it would in normal breast cancer. Performing a range of experiments from DNA damage assays to tests on mice, Chen's project may lead to improved treatments for PABC targeting estrogen, rather than DNA mutations.

Meanwhile, Yu was lucky to have worked at home the summer before her senior year, often using Skype to connect with her mentor at Case Western Reserve University. Her work was based on a previous project at Cornell University that studied the characteristics of bilayer graphene, a "one-atom thick material that has excellent potential in technology due to its thinness, strength, and conductivity," according to Yu. However, there was one problem: the project at Cornell did not give much theoretical explanation. Thus, she recreated the bilayer graphene model and found the physics behind it, opening tremendous pathways into more efficient and effective engineering.

The ups and the downs

For Yu, the most exciting part was the climax of her project: finally getting the bilayer graphene to work. "It was super exciting," she says. "We...matched almost exactly with the original experiment." Chen, however, found excitement throughout his entire internship. "The food at NIH is great; there's a mock burrito place. My mentor was also super helpful and I was lucky to have a great mentor," he explains. 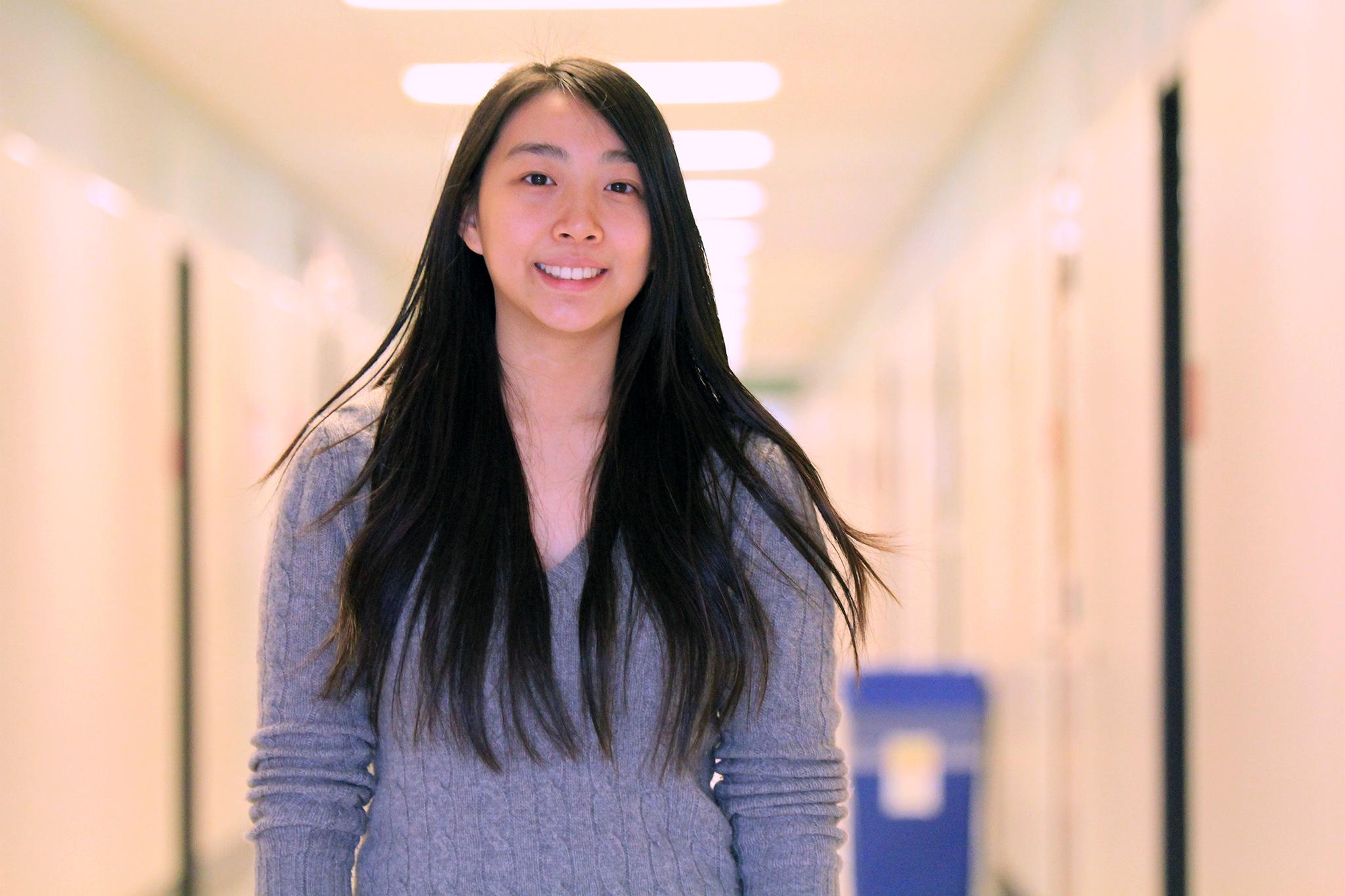 Photo: Josephine Yu, pictured here, was one of forty Intel finalists in the nation. She received $7,500 and will compete in the final round in March.

Photo: Josephine Yu, pictured here, was one of forty Intel finalists in the nation. She received $7,500 and will compete in the final round in March.

Blair semifinalist Yaelle Goldschlag, who designed an algorithm to search through graph databases more efficiently, found that the classes she took at Blair allowed her to conduct her project more smoothly than she expected. "A lot of information is stored in graph databases and it takes a long time to sort through them. I learned in Discrete Math with Mr. Rose about graph theory, which was really useful in actually doing real research," she describes.

Other semifinalists, like Fang, were not as lucky and struggled with their projects. He used catalogs to search for clusters of galaxies, but had to redo his project when a new version of the Planck catalog was released in September of 2015. "I had the code and everything, but I had to re-download and reformat the code with the information from the new catalog. That was pretty hard," he explains. In the end, however, his dedication paid off: Fang was able to find 18 galaxy clusters.

Congratulations, you made it!

Many of the Intel semifinalists were completely shocked when they heard the good news. "I was like, 'Wow, I got lucky!'" Chen exclaims. He completed his entire application the day before it was due - essays and all - and says the work is comparable to another college application. For Fang, the announcement of the semifinalists was also surprising. "I don't expect to get far - I just want to see how good of a run I can get and focus on the research," he says. Both his parents were nonchalant towards the announcement. "My mom didn't want me to do Intel since that was the week before college apps, but was glad I did it since I got more money," he says, laughing.

Yu was ecstatic when she heard the semifinalist announcement and even more so when she learned she was chosen as a finalist. "It was exciting, but it also didn't feel real," she says. Yu describes her anticipation for the final round of Intel, which will be held from March 10-16, as a mixture of apprehension and exhilaration. "I'm excited that I'll be able to talk more about my project but also nervous that this is a competition," she explains. Fortunately, she will not have to travel far - the final round will be held in Washington D.C.

Although only eighteen years old, Fang's sage advice sounds like that of an experienced researcher. "If you have a lot of freedom and passion you'll do a really good project. No matter how far you get in the competition, you'll have fun," he states. Other semifinalists also emphasize that applicants should focus on their research and not the competition. "I wanted to do publishable work so that I would have accomplished something, not because I wanted to win Intel," Goldschlag explains. To say that she, along with the other semifinalists, has 'accomplished something' is a tremendous understatement.