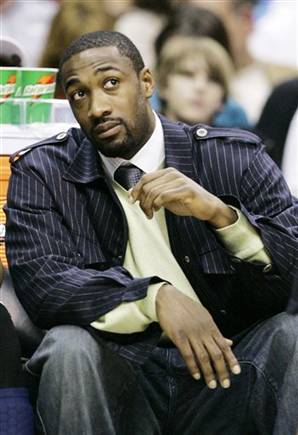 Photo: Star guard Gilbert Arenas has been sidelined with an injury all season long, leaving the Wizards looking for options on offense. Photo courtesy of the NBA

Photo: Star guard Gilbert Arenas has been sidelined with an injury all season long, leaving the Wizards looking for options on offense. Photo courtesy of the NBA

Maybe the change in coaching was not really the issue. The Wizards even shook up their roster in the middle of the season by trading away guards Antonio Daniels and Dee Brown for Mike James and Javaris Crittenton. Yet still the Wizards have struggled to win games throughout the season. So what are the real problems with the Wizards? There are two main issues crippling the team.

Probably the biggest problem preventing the Wizards from performing at their highest level is injuries. The Wizards have been without starters Brendan Haywood and Gilbert Arenas all season long. Arenas, coming off a new and expensive contract signing in the offseason, is the team superstar. He can score and create offense, though he is often criticized for his weak defense. But Arenas has been plagued by a knee injury since late in the 2006 - 2007 season and has yet to step onto the court this season, with his return date still uncertain.

Aside from those lingering injuries, the Wizards have been missing key players at various points in the season, especially right now. Center/forward Andray Blatche is out for several weeks with a strained knee and guard DeShawn Stevenson remains out with a back injury, though he is close to returning. Veteran center Etan Thomas is also out for at least another month with a torn MCL, leaving the Wizards thin at big men. Veteran Darius Songaila is starting at center with rookie JaVale McGee seeing increased minutes off the bench. But the lack of size has left the Wizards struggling to defend larger opponents, such as Shaq in a 103-87 loss to Phoenix on Jan. 26. 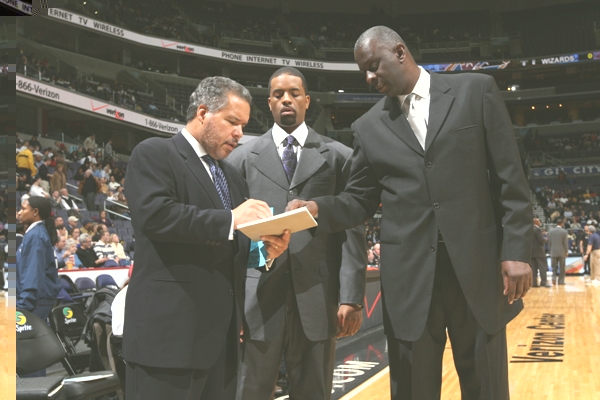 Photo: Interim head coach Ed Tapscott and his coaching staff are trying to turn the Wizards' season around. Photo courtesy of the NBA

Photo: Interim head coach Ed Tapscott and his coaching staff are trying to turn the Wizards' season around. Photo courtesy of the NBA

The Wizards aren't getting help from other players. As a team, the Wizards are averaging just 93.8 points per game, down from 98.8 points per game last season. Butler and Jamison are scoring about the same as last season, so the rest of the Wizards' rotation is not performing well enough. The Wizards lost not just a benched Arenas but key players such as guard Roger Mason, Jr., a big shooting threat off the bench. Second-year guard Nick Young has stepped up his game, but the Wizards have not found any other sources of offense. James has been a solid starter, but the Wizards need to find some scorers besides Butler and Jamison.

The Wizards hoped the move for James and Crittenton would help the point guard situation, but so far it has not. The Wizards are in desperate need of some kind of help until their injured starters return to action. If the Wizards cannot make some moves for new players, then the season is shot until the starters return to action. Even at that point, it will be to late to save the season. Wizards fans, just wear a paper bag over your head until the draft and hope for a better 2009 - 2010 season.