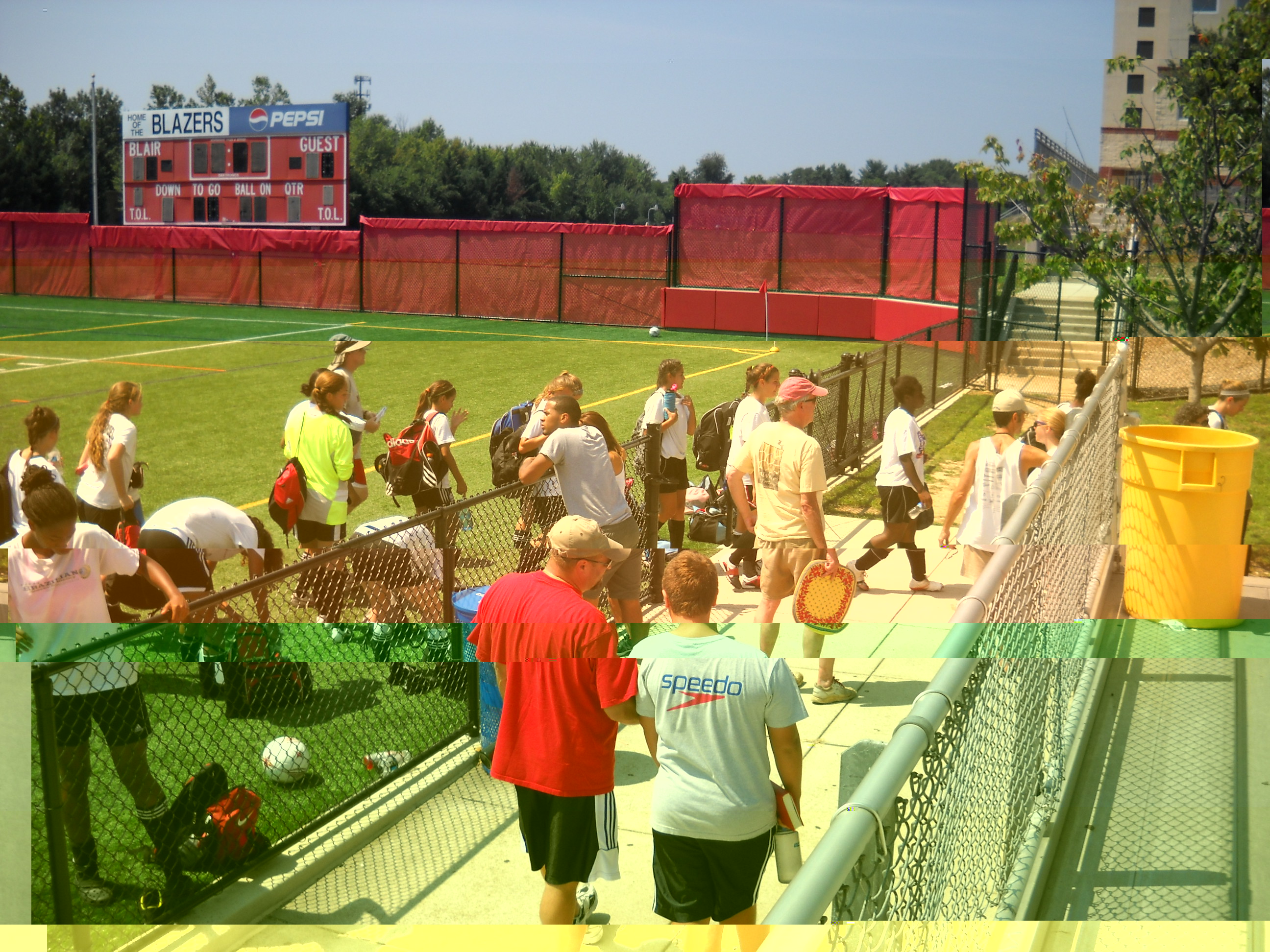 Photo: Both Varsity and Junior Varsity teams will have to deal with changes in their schedules as a result of the cuts.

Photo: Both Varsity and Junior Varsity teams will have to deal with changes in their schedules as a result of the cuts.

As the fall sports season gets into full swing for Montgomery County, sweat, whistles and school spirit fill the air. Sadly, so does the late July decision to cut Montgomery County Public School's (MCPS) athletic budget by almost ten percent. These budget cuts, which stopped funding for two-a-day practices and ended pilot programs like girl's golf, will have the biggest impact on Junior Varsity (JV) and intramural teams, and the coaching staff.

The cuts, amounting to slightly more than $750,000, mean that there are now fewer opportunities for high school students to participate in sports, especially among first-time athletes who are more likely to start out on JV teams. Participating in sports helps students maintain grades, foster friendships and lead healthy lifestyles. But ultimately, these drastic budget cuts are deplorable because there are still some ways to alleviate them.

Athletic cuts are part of the Board of Education's plan to reduce the 2011-2012 school year's budget by nearly $17.4 million as a result of economic struggles within Montgomery County. This includes reducing staff numbers and increasing class sizes, but middle school and high school athletic departments seem to have taken the biggest hits. More than $200,000 was taken away from the JV sports stipend, $32,000 from Varsity Cheerleading through limiting the sport to only two seasons and $88,000 by eliminating three practice sessions per season to all Varsity sports. But coaches, who account for 75 percent of the current budget, will be especially impacted: they will receive less post-season compensation and no payment for standard two-a-day practices. Though most coaches are continuing the two-a-day tradition for the upcoming season, it's solely because of their dedication rather than monetary compensation.

Next year, instead of making dramatic cuts to some of the County's most active sports, there should be more concise cuts targeting activities with the lowest amounts of participation. Eliminating middle school sports such as boy's softball, which has limited participation and no high school continuation, seems like a good starting point to restructure the budget. Cutting short both varsity and JV seasons by a game, instead of cutting JV seasons by up to three games, would also be a more equal way to even out the deficit.

There are also ways to restructure transportation for games that would help save money. For example, there is no need to pay for a bus for a Blair team if the game is right down the Boulevard at Northwood. Finally, an increase in athletic boosters, parent participation and team fundraising are all necessary to make the most out of the budget cuts.

At a time when the pressures of being a teenager are at their peaks, high school sports have long been a safe haven, allowing students to get exercise, meet new people and have fun. Studies show that high school athletes are less likely to drop out, attend class regularly and go to college. GPA minimums assure that "scholar” athletes meet requirements set both on and off the field. Coaches offer mentorship and a close one-on-one relationship that many students lack in classes filled with thirty other kids. High school sports are invaluable to a notable portion of the student population, and MCPS's budgeting needs to reflect that significance.