No pants, no problem

With the temperature at a nice 51 degrees, it was a clear, sunny day in Southwest Washington. How perfect – as it just so happens that SW was the "place to be" last Sunday afternoon. 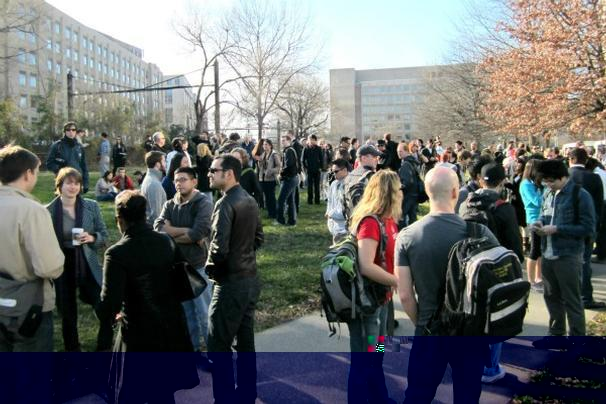 Photo: On Jan. 8, Captiol Improv kicked off its fifth annual "No Pants Subway Ride." About 200 participants showed up at Hancock Park, ready to take on the Metro.

Photo: On Jan. 8, Captiol Improv kicked off its fifth annual "No Pants Subway Ride." About 200 participants showed up at Hancock Park, ready to take on the Metro.

By 2 p.m., a large crowd had formed in Hancock Park, milling about with large bags and waiting for the tall man with the suit and the megaphone to speak. People had their cameras out, reporters were present and area transit police were getting their special units ready. No, this wasn't Occupy D.C., Part II.

Capitol Improv kicked off its fifth annual "No Pants Subway Ride" at Hancock Park on Sunday, Jan. 8. The event, based off of the original created by Improv Everywhere in 2002, is now global and attracts tens of thousands of participants in over fifty cities worldwide. Capitol Improv has only a few rules related to the No Pants Subway Ride: participants were to bring bags to store their pants in and keep it PG-13 in order to make the event as fun and as successful as possible. 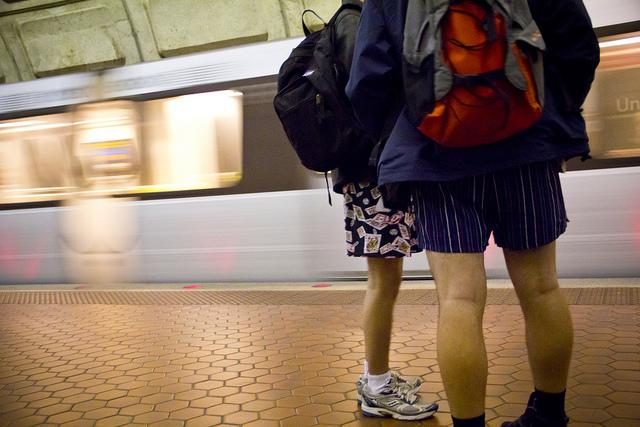 Capitol Improv's website stated, "200 brave souls in DC [came out] to celebrate the international phenomenon," even though 813 people originally RSVP-ed "Going" on the event's Facebook page. However, the size of the group didn't make it any less diverse, as all age groups and races were represented, from little children to old men in their 70s, all decked in assorted undergarments.

At Hancock Park, Capitol Improv Head Organizer Bruce Witzenburg got the participants pumped up with words of advice and a quick run-through of protocols. "We're going to get on the Metro, act like it's a normal day and that nothing's amiss, but, of course, none of us will be wearing pants," he announced. Witzenburg laid out a Metro map and suggested hitting up the popular tourism spots. "Feel free to give the tourists a show," he said, as the crowd cheered and began the march to the L'Enfant Metro Station nearby.

This year, the ride was limited by the Washington Metropolitan Area Transit Authority (WMATA) due to unexpected train delays. "The event boundaries this year were especially complex due to some untimely track work on several of the metro lines," Capitol Improv's website stated. However, the slight setback didn't deter participants, as they hung out on the platforms, attracted attention and made new friends. 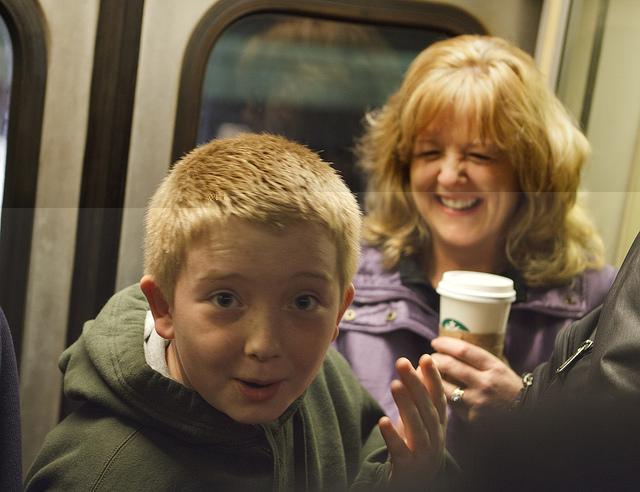 Photo: Reactions from other riders and WMATA employees include laughter, amusement, confusion, and even disgust.

Photo: Reactions from other riders and WMATA employees include laughter, amusement, confusion, and even disgust.

Like those of previous years, reactions from other riders and WMATA employees ranged from laughter and amusement, confusion from foreign tourists and even to disgust, as one Metro rider tried to report the pants-less participants to the authorities. Luckily, everyone followed the "dress-code" and no one got arrested for indecency. For the most part, spectators embraced the change from the usual stiff Washingtonian atmosphere and were just plain curious, rather than offended; they just wanted to know what was the point of this "No Pants Subway Ride".

Contrary to popular assumption, events such as "No Pants" aren't about raising awareness for a cause or fundraising for charity, according to Improv Everywhere's mission statement. "Improv Everywhere does not stage missions to draw attention to an issue," the site states. Instead, the events are staged simply for zany, unadulterated and harmless fun. The website explained, "Our missions are a fun source of entertainment for the participants, those who happen to see us live, and those who read this website." Similarly, Capitol Improv's goal is to provide entertainment and "[make] a scene in the District," as its byline suggested.

When the clock struck 5, No Pants participants put their clothes back on and joined the throngs of normally dressed Metro riders heading home. The ride was officially over.