No thrill in Gil

Gilbert Arenas used to be the face of the Wizards, a happy-go-lucky young superstar who drained game-winning threes and was truly loved by fans, not only in the metropolitan area, but also across the nation. These days, you'll be hard-pressed to get so much as a smile out of him - it seems as if the old Gil is gone forever. 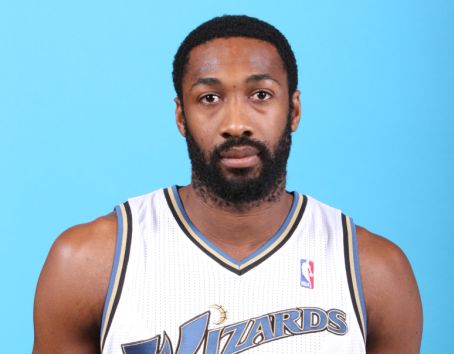 Photo: Arenas' smile, that so many fans are accustomed to, was absent when he posed for pictures on Wizards media day.

Photo: Arenas' smile, that so many fans are accustomed to, was absent when he posed for pictures on Wizards media day.

It all started in April 2007. At the end of a stellar season in which he averaged 28.4 PPG, dropped 60 on the Lakers and earned a starting spot in the all-star game, Arenas tore his MCL, a ligament in the knee, against the Charlotte Bobcats and missed the playoffs. At the time, no one could have imagined the seriousness of the injury - but Arenas played only a combined 15 games over the next two seasons.

After Gil came back yet again to average 22.6 PPG through 32 games last season, the unthinkable happened. It was reported that Arenas and teammate Javaris Crittenton had an argument in the locker room and drew guns on each other. On Jan. 14, 2010, Agent Zero was charged with carrying a gun without a license. NBA commissioner David Stern suspended him for the rest of the season and Arenas was back at square one.

Nine months later, we're gearing up for another NBA season after an eventful off-season for the Wizards. After long-time owner Abe Pollin died, Capitals owner Ted Leonsis bought the team. Then, to Wiz fans' delight, Washington won the first pick in the NBA draft and selected the holy grail of point guards, John Wall. Naturally, Wall has been the talk of the town ever since. People seem to be forgetting about Arenas, the former superstar who spent a month in a halfway house as punishment this past April.

It's obvious that Arenas' demeanor is much different these days. He refused to smile for pictures on media day a couple weeks back, and spoke to the press in a seemingly depressed manner. Sports writer Gene Wang described Gil's behavior in a Washington Post article following media day: "Clad in a new No. 9 jersey, a fully bearded Arenas went about his media obligations without so much as a grin," Wang wrote. "The staid demeanor, like his updated number, represented a vast departure from his former Agent Zero persona, when Arenas carried himself as the exuberant face of the franchise and welcomed the adoration and attention associated with that standing."

Arenas wanted to make it crystal clear that he was no longer the fun guy that he once was. "The only place I want to smile is on the court," Arenas said to the press. "That's where my job is, that's where my love is. That's the only time I need to smile now." Gil always seeked attention before the injuries and the infamous locker room incident. Now he's drawing attention again, just for different reasons. He would be much better off if he just addressed the media with composure. Instead, it seems like he's putting on a weird, sad show to try to make people feel sorry for him or at least have interest in him again. After all that he's been through, it makes sense for him to try to lay low for a little while - but he's going about it the wrong way.

Every Wizards fan, myself included, misses Agent Zero - what was not to like? However, it's unrealistic to think that Arenas will ever be the same after everything that he's been through. It looks like Wall has already taken the leadership role of the team. If Arenas has to take a back seat to Wall and only average 15 points a game instead of 25, then tough. At the end of the day, he's making millions of dollars to do what he loves: play basketball. So Gil, no need for the frowning, no need for the pouting - just go out and play ball.