North Korea successfully conducted its first test launch of a liquid-fueled intercontinental ballistic missile (ICBM), Hwasong-14. North Korea released a video of the rocket's launch on YouTube. ICBMs typically have a range capability of greater than 5,500km, but North Korean officials claimed that the rocket can reach anywhere in the world. U.S government officials have determined that Hwasong-14 is a two-stage rocket with an estimated range between 7,000 and 9,500 km—a range capable of reaching the U.S west coast, including California and Hawaii. 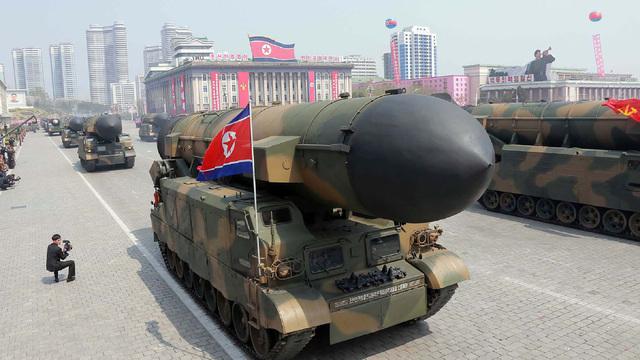 North Korean leader Kim Jong Un ordered the launch of the Hwasong-15 missile, which not only reached the highest altitude ever recorded by a North Korean missile, but also demonstrated its ability to hit any continent in the world. During the test, the Hwasong-15 soared 4,475 kilometers in the sky, spending approximately one hour in the air before landing in waters off the coast of Japan. Shortly after the launch, the Korean Central News Agency (KCNA), the North Korean government's premiere media enterprise, called the Hwasong-15 "the most powerful ICBM.” KCNA claimed that Hwasong-15 "meets the goal of the completion of the rocket weaponry system development." U.S. Defense Secretary Jim Mattis expressed his concern regarding North Korea's missile tests. "A ballistic missile threat endangers world peace, regional peace and certainly the United States,” Mattis said.

Recently, a false emergency alert reading "BALLISTIC MISSILE THREAT INBOUND TO HAWAII" went out. This false alert has raised some concerns about North Korea, and calls for President Trump to negotiate with North Korea leader Kim Jong Un about nuclear arms, according to Democratic representative Tulsi Gabbard. North Korea has made multiple threats about using their new intercontinental ballistic missile capabilities to strike the U.S territories of Hawaii and Guam. While North Korea hasn't fired a missile at the U.S yet, citizens are now becoming concerned about an increasingly plausible threat. A group of 20 countries that fought in the Korean war, including the United States and South Korea, have summited at Vancouver to discuss the North Korea situation. The U.S is pushing for a diplomatic negotiation between the two countries to assuage the rising tension. Trump recently said that under the right circumstances, he would be open to directly talking to Kim Jong Un.