In a game marred by player injuries, the varsity boys' soccer team (0-1) fell to the Northwest Jaguars (1-0) by a score of 1-0. With both junior co-captain George De Rossi and junior defensive stalwart Dominic Ventimiglia out due to injuries, the Blazers faced a strong Northwest defense without the help of two starters. 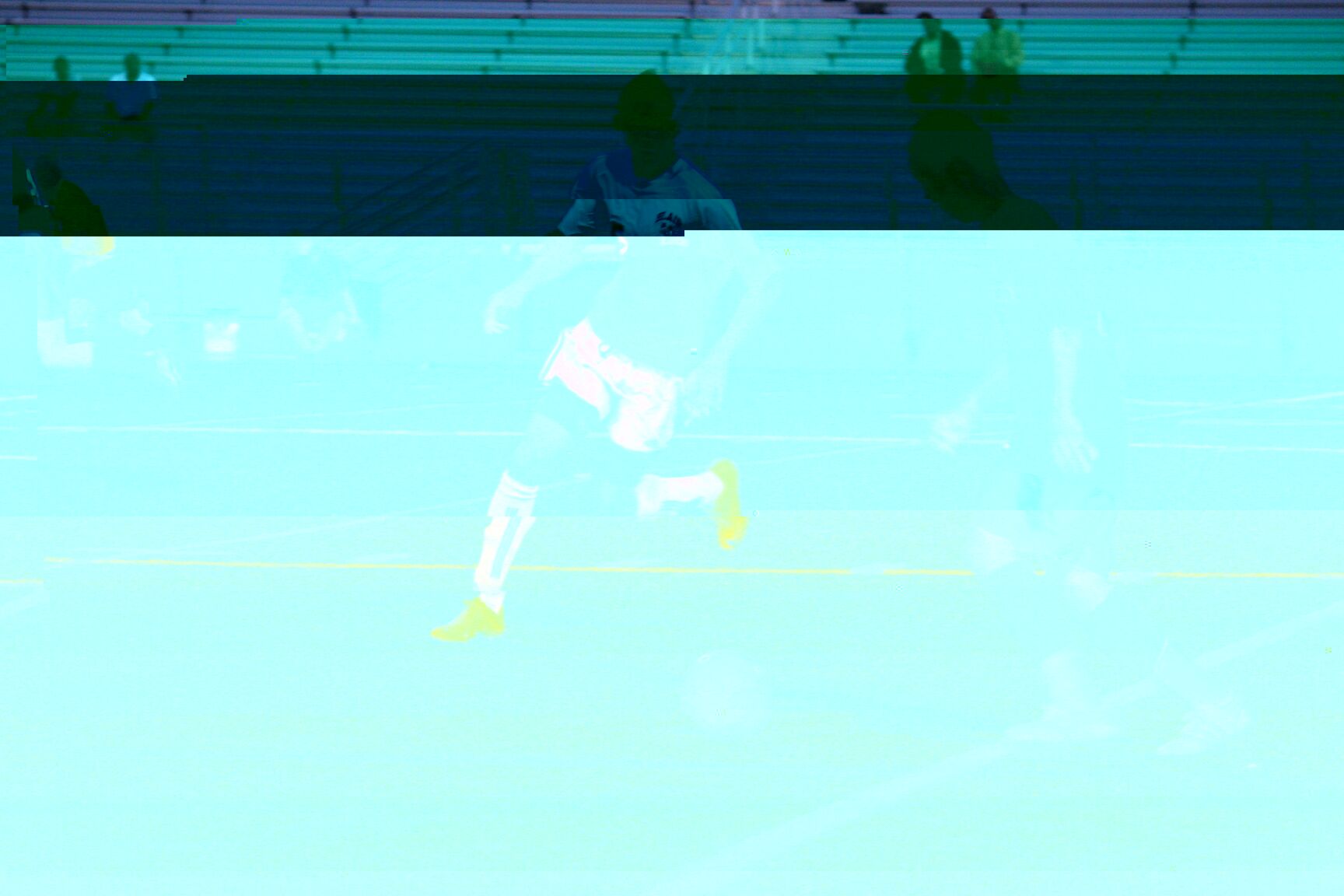 Photo: Junior co-captain Kevin Fallet attempts to get the ball out of the hands of a Jaguar and out of Blazer territory.

Photo: Junior co-captain Kevin Fallet attempts to get the ball out of the hands of a Jaguar and out of Blazer territory.

The lone goal of the game was scored in the first fifteen minutes of the second half, when Northwest forward Curtis Wynne's shot deflected off of a Blair defender. The ball went past senior co-captain and goalie Kit Durban's outstretched arms.

The game began with quick, fluent passing by the Blazer offense that demonstrated a seemingly natural team chemistry. However, the Jaguars' defense was able to keep the ball on Blair's side of the field, making it difficult for Blazer midfielders and forwards to organize an offensive attack.

Going into the second half, injuries presented an issue for Blair. Senior co-captain Noah Wernstedt-Lynch suffered a minor injury that required head coach John Haigh to change the team rotation. 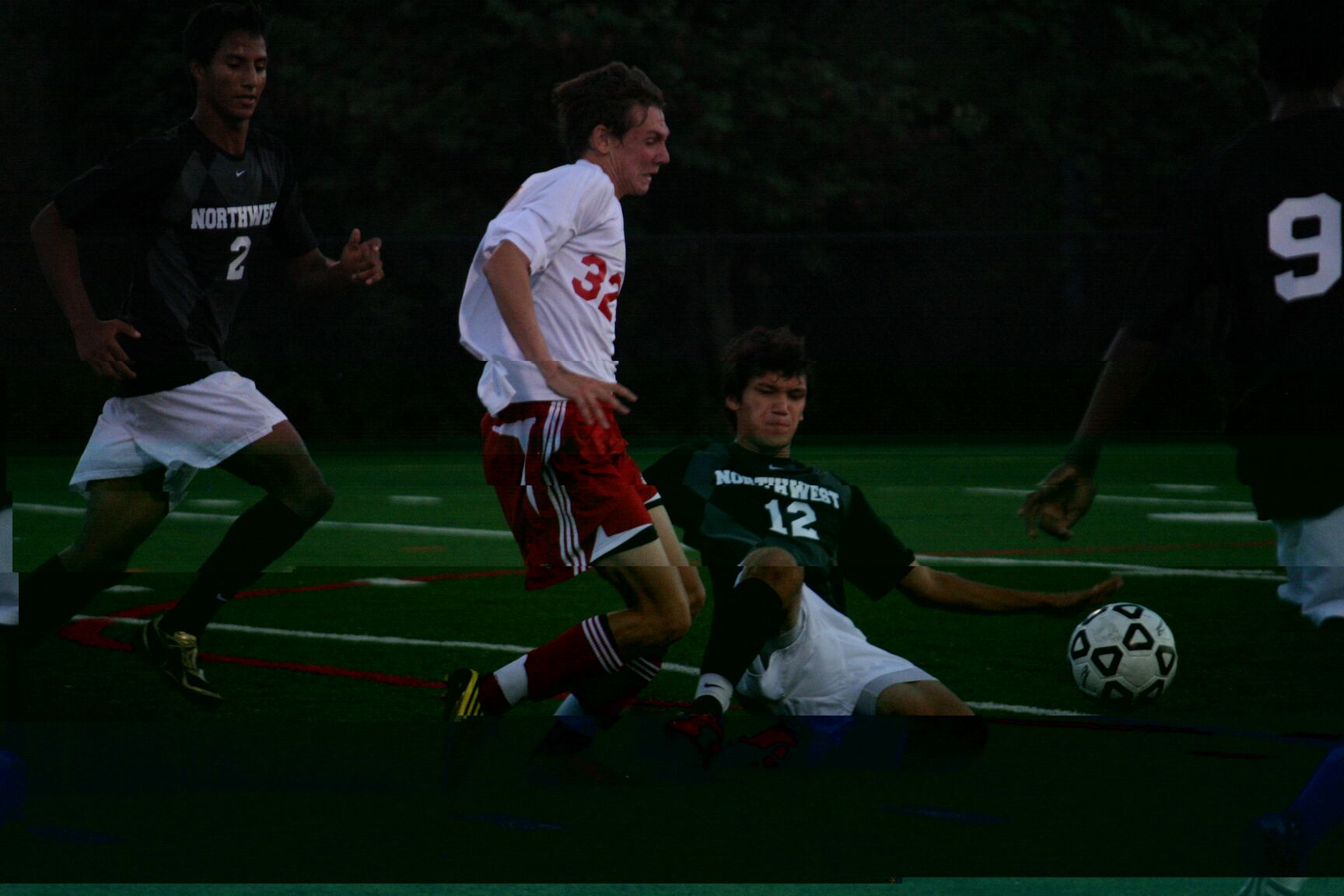 Photo: Sophomore Aron Coste battles with a Northwest player for possession of the ball.

Photo: Sophomore Aron Coste battles with a Northwest player for possession of the ball.

According to Haigh, the Blazers had a hard time keeping possession of the ball. Although there were spurts of good ball control, continuous possession is necessary to dominate the game. Haigh said that keeping control of the ball is something the team needs to work on. "It's really important for us to execute in order to win," Haigh said.

Both Durban and Fallet agreed that the strongest aspect of Blair's performance was the defense. "We played best defensively," said junior co-captain Kevin Fallet. Durban made a few critical saves and kept the defense together throughout the game. After the early second-half goal, Durban and the defense were able to keep the Jaguars from scoring again.

Despite the loss, Durban and Haigh were optimistic about the team. "We didn't play that well, but we didn't let the game get away from us either," Durban said. Haigh agreed that the team's performance was average but realizes that getting healthy will improve the squad's playing overall. "For all the injuries, it was okay," he said. "We weren't great but we weren't terrible, considering half the team is injured."

Going forward into next week's game, the team will have to work on basics, Haigh said. "Scoring, working together, having more practice time. Those are things we have to build on," he said.

The boys' varsity soccer team will play their next home game on Wednesday, Sept. 22 against Magruder at 7 p.m.