Not business as usual

There's a new civil rights movement afoot in America, and it plans to stretch the definition of 'person' beyond race, gender or religion. This time, Murray Hill Inc. is spearheading a movement to demand that the Maryland legal system extend campaign freedoms to the corporate world. After the Supreme Court declared in Citizens United v. Federal Election Commission in January that corporations have the same rights as individuals, Murray Hill pounced on the opportunity for publicity and a chance to poke fun at the Court's controversial decision. That's right – the Silver Spring public relations firm is running for Congress.

Satirizing what it sees as the Supreme Court's misstep in allowing a free flow of corporate cash into American elections, Murray Hill's campaign makes a bold statement, and the company's members are working tirelessly to promote their irreverent agenda.

Murray Hill's campaign, however, isn't about attaining the most qualified candidacy. It's about pinpointing, through subtle method but overt ridicule, what it considers to be the mistake of Citizens United, in which a conservative five-member majority on the Court stripped away restrictions on corporate donations to candidates running for elected office.

Many liberals, along with some conservatives, derided the ruling as an unfair manipulation of the electoral system that would pander to business interests and extend capitalism to a new extreme. Even President Obama got in on the action, denouncing the decision in his State of the Union address.

The campaign indicates that the company wants to take the court decision reductio ad absurdum, or as far as it can go. And the firm is using satire as a conduit for dissent. 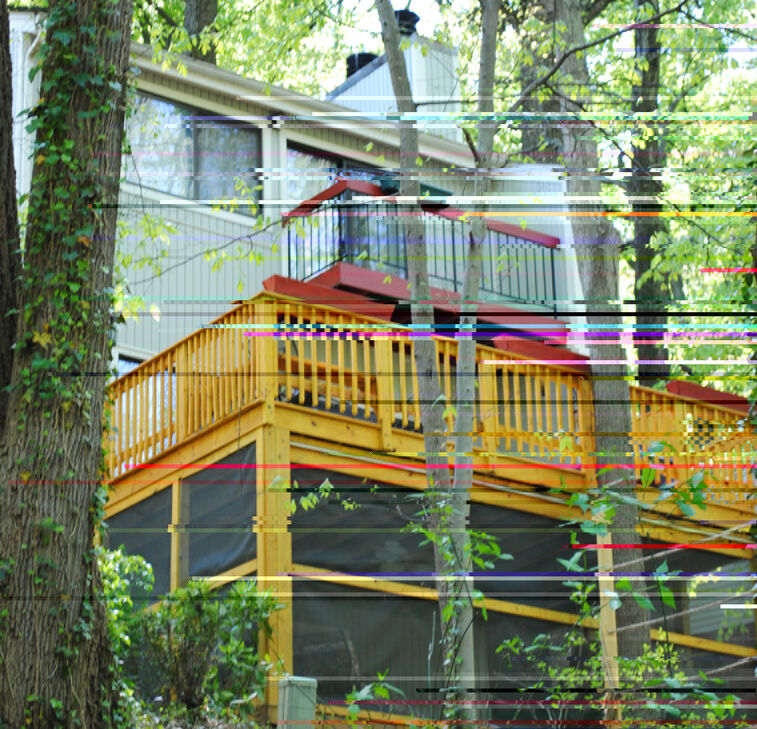 Photo: The Murray Hill headquarters, located in Silver Spring, is the nerve center of the campaign, but the base of this corporation could shift to Congress.

Photo: The Murray Hill headquarters, located in Silver Spring, is the nerve center of the campaign, but the base of this corporation could shift to Congress.

Hensal, though, is keeping up a serious façade. "We're filing paperwork – we're running – so I don't see how much more serious you can get," he deadpans. "It's really the opportunity for people to see the Supreme Court decision played out to its logical consequences."

Leonard Steinhorn, a professor at American University's School of Communications and political analyst for local FOX-5 News, is not convinced. "I think it's a fairly wry take on the Supreme Court decision," he says. The campaign serves to display Murray Hill's disagreement with the Court's willingness to give free speech rights to corporations, Steinhorn says.

From the start, Murray Hill has acted on the belief that the Court's campaign finance changes have the potential to wreak havoc on the political system. Immediately after the Citizens United ruling, Hensal concocted the idea, and his company quickly offered support. "We're all one big happy corporation here, and we saw an opportunity to enter a new market, so everyone was glad to get on board," he says. After creating their initial campaign video – a flag billows in the wind, and an announcer proclaims, "Now that democracy is truly for sale, Murray Hill Incorporated is offering top dollar" – the staff dove into self-promotion. Hensal says that three waves of publicity from the media, including an appearance on the Tom Hartman Show, a New York Times blog post and a recent Washington Post article, have set the company abuzz. The result: Murray Hill achieved a major benchmark of 10,000 fans on its Facebook page, which lists "capitalism" as one of two personal interests, alongside the original version of the movie "Rollerball."

The firm may have snagged the attention of media outlets from Romania to Russia to Australia, but Murray Hill is still struggling with legal hurdles in its quest for registration as a Republican Party candidate.

The latest setback was the state's denial of Murray Hill's application. "A corporation 'designating' a human does not meet the qualifications to register," wrote Mary Wagner, the director of the Voter Registration Division at the Maryland State Board of Elections, in an official statement. But the rejection has not dashed Murray Hill's hopes yet: The company appealed the ruling in Annapolis on March 24, and it is still waiting for a response.

Meanwhile, Hensal says, Murray Hill's daily operations are rather, well, ordinary. "We don't have grassroots; we have AstroTurf," he says. "So the day-to-day here at Murray Hill is just a lot of time on the Internet, a lot of time on the phone and reaching out to people and getting calls and pressing on." Murray Hill's short-term goals include promoting the company's campaign through varied forms of media as much as possible and searching for new ways around various legal obstacles, but the long-term goal is, ultimately, victory.

Photo:
Hensal has become the company's physical representative, or "designated human," which he posits is necessary to overcome the system's discrimination against corporations. "There's still a bias towards 'bodied persons,' so we realize we're going to need a person in place until things change," he says. Such a change, he says, would arise in a future era of widespread corporate representation in American legislatures. Murray Hill operates on the belief that if unlimited corporate spending in current elections is permissible, corporations themselves should have the right to run for office.

And people across the nation are taking notice. Stephen Meier, for one, thinks that giving companies all the rights to which humans are entitled might set a dangerous precedent. "The result of giving corporations an equivalent standing as humans is that the outcomes of elections could be purchased," says the small high-tech company owner from California, who is one of Murray Hill's fans on Facebook. "The candidate who can spend the most money creating corporations in the contested states could literally buy the election."

Bruce Coppola, an unemployed instructional designer from Macomb, MI and a fellow Murray Hill Facebook fan, agrees that the Supreme Court decision strayed from the First Amendment's original intent. "I'm sure that the Founders did not see 'persons' as anything other than individual human beings," Coppola says.

And as Murray Hill looks toward a future in which it would ideally hold a vote in Congress and break the barrier that restrains corporate sway, it also takes pro-corporate stances on salient political issues of the moment. Regarding health care, Hensal says, the company supports medical tourism and outsourcing of non-emergency surgeries, because Americans traveling abroad for care would support international businesses. Murray Hill would have voted for the recent Congressional health reform bill because it creates such little structural change in the way business affects government, according to Hensal.

Hensal says that, despite challenges ahead, he has high hopes for Murray Hill's chances of success. "There's no strong Republican candidates that are actually coming out to run for Congress [in the district]," he says. "Clearly, Chris Van Hollen is a formidable opponent in terms of the voter registration, in terms of name recognition in the district, but it would be a spirited campaign, and we would look forward to that."

Rebuilding State Senator Jamie Raskin (D-Dist. 20) says he's currently working on legislation in the Maryland General Assembly that would tighten some of the Supreme Court's Citizens United allowances for corporations. According to Raskin, he's collaborating with other legislators to institute three primary finance reforms throughout Maryland. "It would require corporate disclosure of any political expenditures and contributions," he says. "It would require corporations to obtain advanced shareholder approval before engaging in political expenditures, and the last one would provide that corporations that have $100,000 or more in contracts with the state government cannot engage in political expenditures." These changes, Raskin says, have a good chance of passing the Assembly, but the third reform in particular might face some opposition from conservative legislators.