Not in the family

Pluto's planetary status comes under attack from the public

Some might think that the biggest controversy concerning Pluto is the weird fact that Goofy can talk and wear clothes while Pluto is treated just as any other dog. But those people forget that Goofy's dog shares the name of the former planet, which is coming under more and more public scrutiny from scientists and fans. 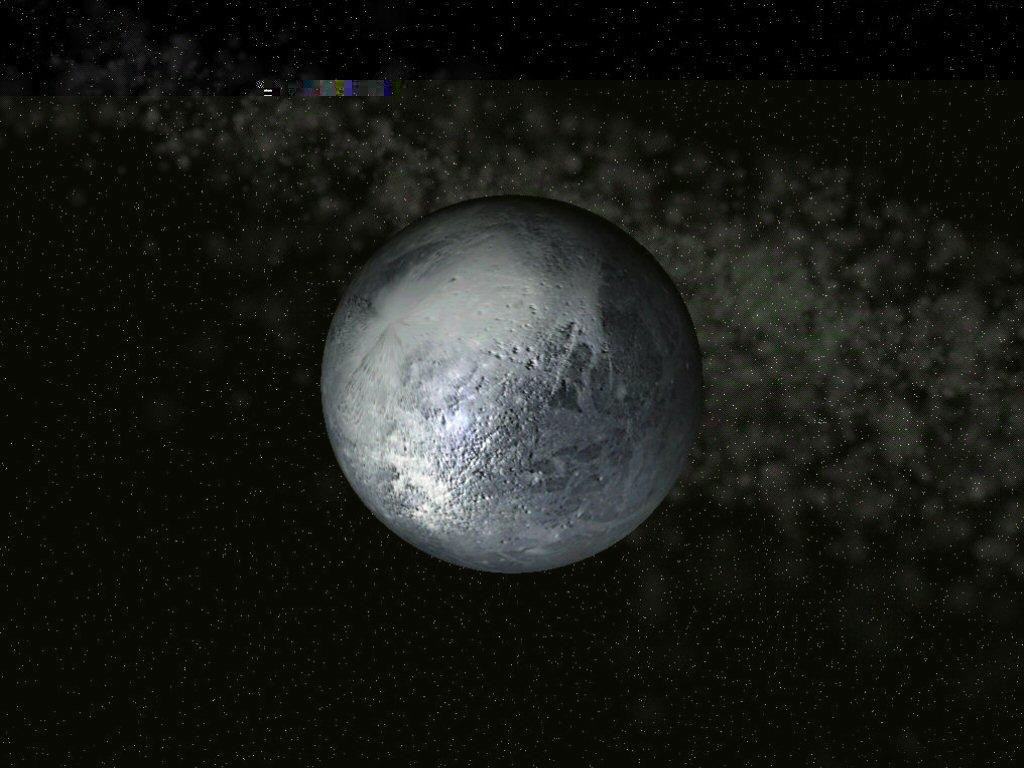 Photo: Pluto is a dwarf planet located 3.6 billion miles from the sun.

Photo: Pluto is a dwarf planet located 3.6 billion miles from the sun.

Pluto was downgraded to dwarf planet status in 2006 after a short and controversial run as an official planet due to its size and location. People didn't like that, and they still don't. They want to uphold the tradition of keeping the nine planets they grew up reinforced with the saying My Very Excellent Mother Just Served Us Nine Pizzas. On top of the everyday person's struggle to accept Pluto's status, this past month Harvard hosted a debate about what really defines a planet, arguing for Pluto to be reinstated.

There are a lot of factors that went into Pluto's planetary status. In order to understand exactly what's going on with Pluto, you have to understand the science and history behind it.

Baby Pluto
Before its discovery, astronomers had theorized that a planetary body like Pluto could exist because of strange wobbles in the orbits of Uranus and Neptune, but they hadn't been able to find it. Most notable among these astronomers was Percival Lowell, founder of the Lowell Observatory in Arizona, who named this mystery object Planet 'X.' Then, in 1930, Clyde W. Tombaugh used new photographic plates to capture the image of the mysterious planet, or Pluto, and it was added as the ninth planet in our solar system.

Pluto is about 4 billion miles away from the sun with an average temperature of -360 degrees Fahrenheit, so it's mostly made of rocks and ice. Its orbit around the sun takes 248 years. Pluto's isolation and coldness is part of how it got its name—Pluto, or Hades, is the god of the underworld. It has five moons: Nix, Hydra, Kerberos, Styx and Charon.

Starting in 1992, astronomers began finding other celestial bodies in Pluto's area that were also large and icy. Since then, more than 70,000 such bodies have been found, forming a ring similar to our more familiar asteroid belt but almost twenty times wider. This ring is known as the Kuiper belt, and it has two other dwarf planets in addition to Pluto.

Photo: The Kuiper Belt is a ring of large icy objects much like the asteroid belt.

Photo: The Kuiper Belt is a ring of large icy objects much like the asteroid belt.

Our knowledge of space and even basic science is constantly changing with new discoveries, so it's really no surprise that this big planetary shift could happen. In fact, it happens all the time. In 2005, scientists discovered a large object they named Eris that seemed to have planetary potential. It was thought to be 27 percent larger than Pluto, making it the ninth-largest round sphere to orbit the sun. At this point, scientists decided that they had to define what a planet actually was to avoid confusion.

The International Astronomical Union (IAU) officially defined a planet in three parts. First, a planet has to orbit around a sun. Second, it has to be big enough for its gravitational pull to form a roughly spherical shape. Third, it has to have "cleared the neighborhood" around the place where it orbits, meaning that there are no other large planet-y objects in the area. This last item is where Pluto According to an IAU press release , "the 'dwarf planet' Pluto is recognized as an important proto-type of a new class of trans-Neptunian objects" in order to help with classification.

The discovery of Pluto's largest moon in 1977 also contributed to Pluto's downfall. Charon is over half of the size of Pluto, and Pluto is only one-sixth the size of the Earth's moon. This closeness in size led astronomers to believe that the wobbles in Neptune and Pluto's orbits might have been caused by the gravity of both spheres combined.

Just because scientists say something doesn't mean that people will believe it. After the planet's new status was announced in 2006, Neil Degrasse Tyson, renowned astrophysicist and forerunner of the dwarf planet movement, received a lot of backlash. Tyson insisted that it's not that big of a deal, as the demotion primarily helped with classification and was not in any way meant to demoralize millions of schoolchildren. But even adults and other scientists disagreed with the decision. 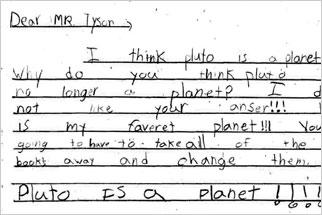 This dissent is still happening today. NASA is planning to send a probe called the New Horizons to check Pluto out some time next year. This inspired Alan Stern, who is in charge of the project, to challenge Tyson to a debate on June 15. But Tyson refused the debate. "As a general rule, I don't debate people. Done it once or twice before, but abandoned the effort. What's behind it is that I don't have opinions that I require other people to have. So debates don't interest me for this reason," he wrote on Facebook

On September 18, the Harvard-Smithsonian Center for Astrophysics decided to host a debate about the meaning of the term 'planet.' Many scientists presented their perspectives. When an audience panel was asked to vote on which definition they liked the best, they chose Dr. Dimitar Sasselov's general definition, "the smallest spherical lump of matter that formed around stars or stellar remnants," by a 2-1 vote. Sasselov's definition would include Pluto as a planet, along with many other spherical objects. Although this has no real bearing on Pluto's status, it allowed many to share their voices and opinions on the subject.

What's in a name?

The majority of planetary scientists are more interested in the science aspect of planets, not the nomenclature. Blair senior and member of the astronomy club Katie Billings is one such person. Billings feels that Pluto is "not a planet. It's much more at home in the Kuiper belt than as a planet," she says. But Billings is much more interested in the New Horizons probe than Pluto's status. "We definitely need to explore it," she says excitedly. Billings notes that the new probe could reveal clearer pictures of Pluto and potential new discoveries about the planet.

Science is often concerned with categorizing and making sense of a vast and confusing universe, so the scramble to describe Pluto's exact status is understandable. But no matter what we decide to call it, scientists will continue to explore and record space as it is. Science is still science. That's what Tyson says to his critics: "The good thing about science is that it's true whether or not you believe in it."