Not your typical fundraiser

In the Supreme Court case Tinker v. Des Moines, high school and middle school students wore black armbands to protest the Vietnam War but were forced to take the bands off during the school day. The students protested the school's ruling and the case went all the way to the Supreme Court, where the judges stated, "In order to ban these armbands, the school must be able to show that their action was caused by something more than a mere desire to avoid discomfort and unpleasantness.” Recently, a similar ban has sparked controversy in the U.S. 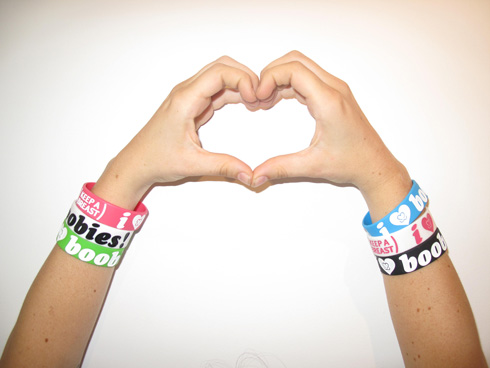 In the past few months, high schools in several states have banned breast cancer awareness bracelets that read, "I [heart] Boobies." The Keep a Breast Foundation, a nationwide campaign to raise breast cancer awareness among youth, designed the bracelets. Unsurprisingly, many school administrations find the bracelets' language offensive and against school rules, causing administrators to ask students to turn the bracelets inside out or remove them completely. But breast cancer bracelets are the last thing that schools should be worrying about when it comes to profanity and rule breaking; these bracelets provide an attention-grabbing method that vocalizes a cause that needs support from all age groups.

According to the National Cancer Institute (NCI), there is a one in eight chance that a woman will develop breast cancer in her lifetime; 60,000 new cases of breast cancer will develop in this year alone. Shanney Jo Darn, the founder of Keep A Breast Foundation, created the breast cancer bands with the word "boobies" to raise awareness because 2.5 million breast cancer survivors pull through the disease due to early detection, according to the NCI. "The bracelet is doing what it's meant to do – it's making people talk, in a relatable, approachable fashion," Jo Darn said in a USA Today article.

The foundation argues that many young people may not identify with the pink bracelet and ribbon, which has become a well-known sign in breast cancer awareness campaigns. The Keep A Breast bracelets pertain to both genders as well, because for every 100 people diagnosed with breast cancer one of them will be a man, according to the Susan G. Komen foundation.

The bracelets also create an accessible way for teenagers and adolescents to discuss an issue that isn't completely on their spectrum. By opening up a serious topic in a relatable way to younger demographics, the accessories makes teenagers aware of what they can do to help themselves and others. 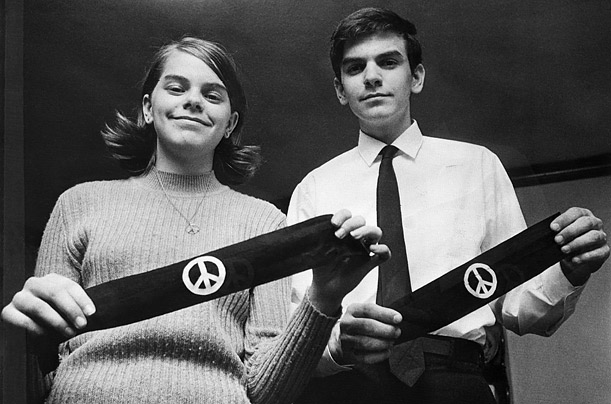 Additionally, The ban of these breast cancer awareness bracelets also goes against a students' first amendment rights, those that were defined in Tinker v. Des Moines. According to the ruling, neither "students nor teachers shed their rights at the school house gate." The students wearing these bracelets were doing so in a passive and quiet approach. They offered no disruption towards other students and their rights have been taken away.

School districts banned the bracelets because administrators see the word "boobies" as obscene language. "We have an existing dress code that specifically states clothing, jewelry or accessories with sexually suggestive language or images are not allowed at school," Kelly Avants, district spokeswomen for the Clovis Unified School District, one district that banned the bracelets, said in an ABC news article. But a line has to be drawn. The word "boobies” should not be categorized as obscene and sexual language, especially when the word's use pertains to breast cancer awareness. Schools should take the initiative to educate their students about breast cancer and breast cancer awareness if the administrators are so concerned with immaturity or awkwardness among students. Administrators can teach the students to approach the bracelets in a grown-up way, if they themselves approach the concept on the bracelets in a mature and approachable way, instead of a power-thriving, authoritative manner.

Perceived discomfort and awkwardness should not allow schools to control what students wear, just as schools could not control the protest of the Vietnam War through clothing. Administrators need to spend their time doing more constructive things than accusing a bracelet of being a massive distraction among students. The leaders of the school have to open their eyes to a word that is not meant to be offensive in the context of the material. Banning a bracelet for cancer awareness is obscene in itself, even if administrators are impartial to the cause.