If anything, it’s time to focus more on national security 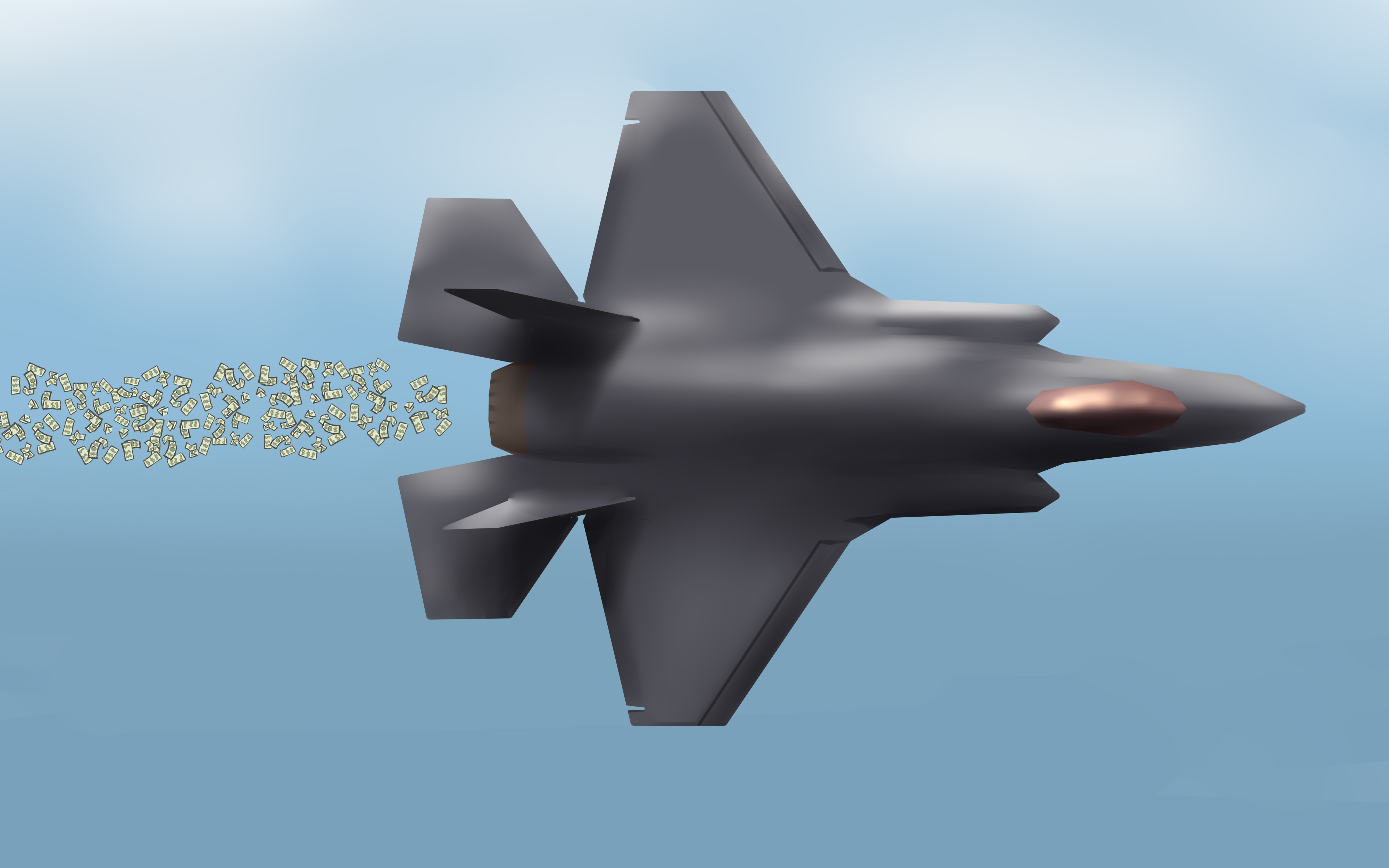 Photo: The F-35 fighter: Estimated to cost $1.6 trillion dollars over its lifetime

When most people hear “U.S. defense spending,” they think of an $800 billion program of excess spending that funds forever wars in the Middle East. That view is only made worse through assertions by prominent figures like Senator Bernie Sanders on Twitter that “We spend more on the military than the next 10 countries combined.” While technically true, this paints an incomplete picture.

If the U.S. only had itself to worry about, that would make sense. The U.S. doesn’t need hundreds of military bases just to protect itself. The problem is that comparing the U.S. directly with other nations misses the reality of America’s defense posture.

The U.S. not only protects itself, but is also under agreements to protect upwards of two billion people. Indeed, according to the Washington Post, the U.S. is in mutual defense agreements with over 60 countries to provide for the defense of over one-fourth of the world’s population.

At the same time, global threats to peace are only increasing. China has set record high defense spending increases year after year, while at the same time regularly threatening to invade Taiwan. Russia has invaded multiple neighbors like Georgia and Ukraine in acts of 21st-century imperialism.

While our enemies have been dramatically increasing defense spending at a rate far outpacing ours, U.S. domestic military spending has faltered. According to the Washington Post, this year’s defense budget increase of four percent hasn’t even kept up with inflation.

If Ukraine has taught us anything, it's that gone are the days of superpowers limiting themselves to proxy conflicts. While the U.S. has done an admirable job in providing weapons to Ukraine after the invasion, a greater deterring force could have prevented this tragedy from occurring in the first place.

The situation in Ukraine bears an alarming resemblance to that faced by Taiwan. Outgunned by a larger regional adversary, Taiwan relies on a U.S. security guarantee for its protection. At the same time, Japan and South Korea are constantly threatened not only by China but also by a nuclear-armed North Korea.

It’s not hard to see how a perceived weakening of the U.S. security guarantee, along with increasing regional threats, could cause these nations to rapidly seek more weapons.

This isn’t just wild speculation, as professor of political science Gerald Curtis describes. “If, however, Japan begins to doubt the United States’ resolve, it will be tempted to strike out on its own,” Curtis writes.

He’s not alone in that thought. As vice chairman of the Asia-Pacific Leadership Network for Nuclear Non-Proliferation and Disarmament Chung-in Moon wrote, decreased faith in the U.S. extended deterrence guarantee has led some in Seoul to reconsider nuclear armament.

If that doesn’t ring alarm bells, it should. According to U.S. officials, Japan has the capability to build a nuclear bomb in six months, and if it chose to do so, could very well start a regional arms race in the region.

With the added context, it makes perfect sense why the U.S. would spend billions keeping up fleets in the faraway South China Sea. Failure to do so could lead to the worst-case scenario.

Looking towards the Middle East, the stakes could be even higher. With the Iran nuclear deal currently off the table and Tehran enriching plutonium to 60 percent purity (which is near weapons-grade efficiency) Saudi Arabia is feeling pressured to develop its own bomb.

A 2008 report to the Committee on Foreign Relations stated a failure to aggressively restore faith in a U.S. security guarantee would ”increase the likelihood that the Saudis will respond to a perceived decline in the reliability of U.S. security guarantees and the emergence of an Iranian nuclear threat by pursuing an independent nuclear deterrent.”

That isn’t to say there aren’t problems with mindless military spending, as there absolutely are. In no world should the U.S. be funding Saudi strikes on school buses in Yemen, nor participating in forever wars in the Middle East.

That being said, most advocates for cutting defense spending have no idea which programs to cut. While Medicare for all could help U.S. health outcomes, it’s also clear to envision the potential health ramifications of rapid, non-regulated nuclear proliferation in conflict hotspots around the globe.

In order to meet rising security concerns in the 21st-century, the Pentagon must reassure allies with consistent spending, rather than allow our military power to significantly decline.

When Congress decides to re-examine defense spending, they ought to make cuts with a scalpel, not a hacksaw.


Alexander Liu. Hi, I'm Alex (he/him) and I'll be a staff writer for SCO this year. I'm passionate about public policy and international relations. In my free time, I enjoy drawing and watching terrible rom-coms. More »