A look at the second week of the season

With the National Women's Soccer League (NWSL) almost two weeks into its second season, teams are fighting to prove themselves early—and there is much to prove. The Seattle Reign and the Washington Spirit are trying to shake off last year's reputations; the Portland Thorns and Western New York Flash want to hold onto their dominating positions; and the Houston Dash are figuring out its position in the league.

NWSL Executive Director Cheryl Bailey noted that with an increase in the number of allocated international players, there is a different pool of candidates that teams can take advantage of, and, as a result, the overall value of the teams will rise. "We're just excited about the increase in the quality of the play," Bailey said. She also stated that the league anticipates growth in attendance and in the national audience, partially due to higher standards in the quality of the livestreaming of games.

Now, though the season is still young, signs of larger trends are beginning to assert themselves. Let's take a look at the current standings, with an eye towards how the teams are developing and where we can expect to see them go in the future.

Ranked first in NWSL Soccer's Power Rankings," the Reign notched a 3-1 win Wednesday against the Washington Spirit after shutting the Boston Breakers out 3-0. Kim Little (two goals), Jess Fishlock (one goal, two assists) and Nahomi Kawasumi (three assists) are all proving to be indispensable, along with Megan Rapinoe, Keelin Winters and Hope Solo.

Though the Reign are undoubtedly a strong team, they have only played relatively weak teams so far. It'll be interesting to see what happens when they go up against the Portland Thorns in early May.

In the Thorns' opening game against the Houston Dash, a 1-0 victory, they struggled to put the ball away and seemed much more nervous than one might expect from defending champions. With injuries to Alex Morgan, the offense is a little shakier than usual but still fighting hard. Allie Long has scored both of the team's goals thus far, with Christine Sinclair and Jessica McDonald also proving dangerous. Goalkeeper Nadine Angerer is a serious asset, especially with Rachel Van Hollebeke out. 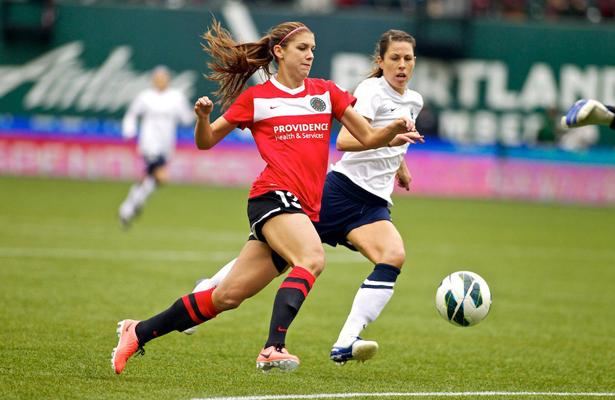 Photo: Star Alex Morgan is currently out due to injury

Photo: Star Alex Morgan is currently out due to injury

Despite their shaky start to the season, the Thorns are still managing to put away goals and log points; however, if they don't pick it up soon, they may be overrun by the Reign and the Flash, among others.

After Western New York Flash's season opener against the Washington Spirit, which they won 3-1, Carli Lloyd noted, "You're not going to come out perfect." This is certainly true for the Flash, who, despite their quality line-up (which includes newly-signed Spanish international Vicky Losada, who has already logged two goals and an assist) are struggling to achieve their usual dominance. This may be partially due to the temporary loss of Abby Wambach, who sustained a fractured orbital bone during the latest national team game.

The Flash will rebound, and be all the stronger for their brief unsteadiness. Wambach expects to be back within a few weeks—then, "Watch out," she said.

After a narrow 0-1 loss to the Portland Thorns and a narrow 3-2 win over the Boston Breakers, the Dash have demonstrated that being the new team on the block has just made them hungry. Teresa Noyala (two goals) and Ella Masar (one goal) are proving valuable, along with goalkeeper Erin McLeod. Given that the team is starting from the ground up, they're flying around pretty well. 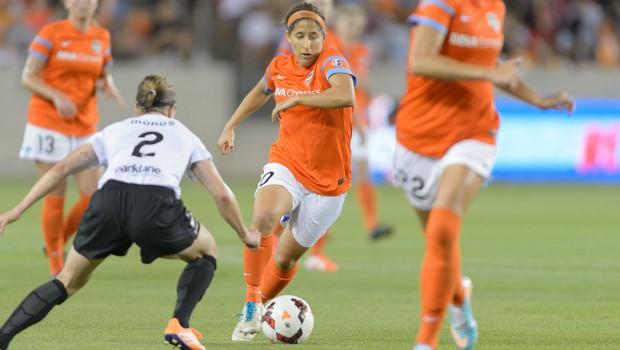 Hopefully their fighting spirit and solid talent will be enough to carry them against better-prepared teams; the Thorns put on a relatively weak show, and the Breakers are struggling to get going.

As the only team that hasn't played a second game yet, the Chicago Red Stars haven't had much of a chance to show off their skills, but what they have shown has been impressive. Rookie defender Julie Johnston scored the only goal in a 1-0 win against the Western New York Flash, allowing goalkeeper Karina LeBlanc to log her first clean sheet of the season.

The Red Stars have a whole host of talent, and they're ready to play. Expect them to make their way to the top of the standings sooner rather than later.

This year, the Washington Spirit is determined to brand themselves a comeback team. Despite a disappointing 1-3 loss in their season opener against the Flash, which coach Mark Parsons cited to a lack of confidence on the field, the Spirit returned with a vengeance to log a decisive 3-1 win against FC Kansas City. However, they then lost 1-3 to Seattle. But Diana Matheson (three goals) and Crystal Dunn (two assists) are worth their weight in gold, as are Ashlyn Harris, Ali Krieger and Christine Nairn (one goal). 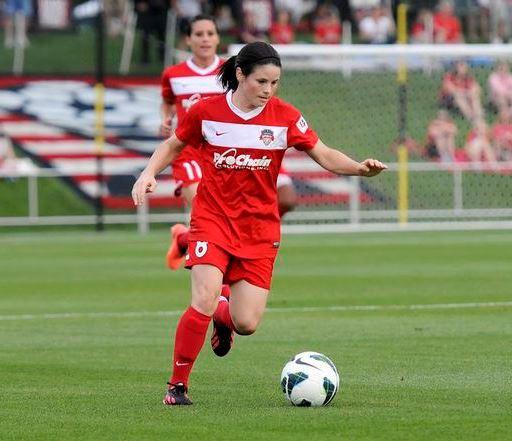 Photo: Matheson is the Spirit's leading goal scorer so far.

Photo: Matheson is the Spirit's leading goal scorer so far.

As the only team who has played three games, it's safe to say they're feeling tired, but if they want to reshape their reputation, they'll have to continue to play hard. Fortunately, this shouldn't be hard for the Spirit. "We're so hungry, we're so eager to play," Harris said. The mentality, however, is the concern. "They've got ability, we just need everyone to have the confidence," Parsons said. The defense is solid as a rock, but if the offensive line doesn't get more cohesive, the Spirit won't win. "The key is staying organized. We have to keep believing in ourselves," Krieger said. "We worked so hard in pre-season and we are going to be one of the best teams." Here's hoping, guys. Here's hoping.

Having logged ties against both the Portland Thorns and FC Kansas City, Sky Blue FC is tenaciously holding out against losses but not quite able to overcome their opposition. Christie Rampone scored her first goal in the league against the Thorns, and Katy Freels scored against Kansas City. Kelley O'Hara, who typically plays defense for the national team and offense on the professional level, was moved back to defense, perhaps limiting her potential. 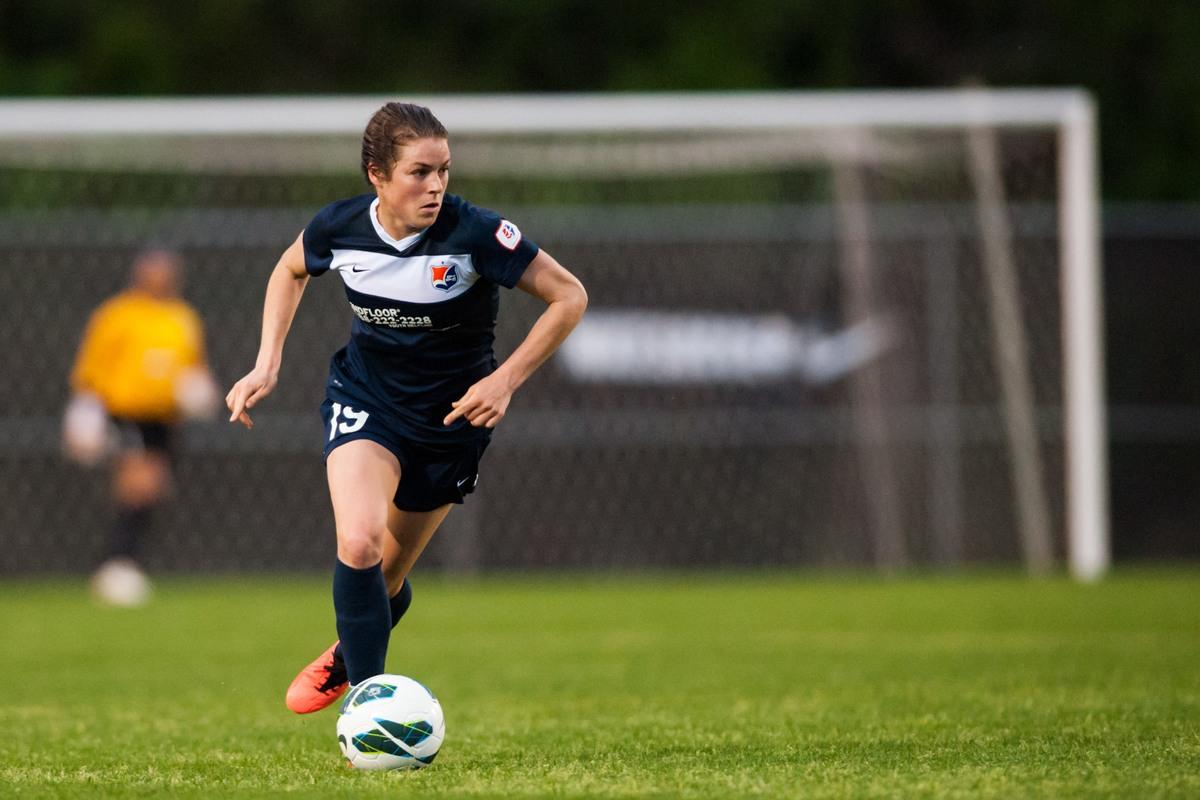 Photo: Sky Blue's Kelley O'Hara has displayed versatility in her career, but her move to defense may be limiting her potential.

Photo: Sky Blue's Kelley O'Hara has displayed versatility in her career, but her move to defense may be limiting her potential.

If Sky Blue could tie the Thorns, they may be able to shove their way up from seventh place in the coming games.

It's strange to see FC Kansas City, who were only narrowly knocked out of the playoffs by the Portland Thorns last season, in eighth place. Despite maintaining possession for the majority of their game against the Washington Spirit, they were unable to score more than one goal. "We can look good and play a beautiful game, but if we don't put the ball in the net, it doesn't matter," coach Vlatko Andonovski said. He noted that the middle line had been falling apart, allowing the Spirit's offense to penetrate. Amy Rodriguez also stated they hadn't been able to finish their chances, thereby preventing them from coming back for a win. "We didn't convert the goals today," she said. Rodriguez has scored both of the team's goals so far, in the 1-3 loss against the Spirit and the 1-1 tie with Sky Blue FC.

Though Kansas City will most likely be able to turn their luck around before long, it may not be for another few games.

As the only team to have lost their first two games, the Breakers are determined to keep themselves from ending up like the Spirit or the Reign did last year. Having been shut-out 0-3 by the Reign and narrowly beaten 2-3 by the Houston Dash, the Breakers will be looking to Heather O'Reilly and Joanna Lohman, who scored the team's first two goals, to carry them offensively.

This is the team experts say will finish in last place in the season. But the Breakers may just prove them wrong.