A retrospective on Robin Williams

The genie, the therapist, the radio host. The professor, Teddy Roosevelt and the cross-dressing housekeeper. Though they all live on in film, a part of each of Robin Williams' characters is gone, disappeared along with the beloved comedian and actor who committed suicide on August 11, 2014, allegedly for reasons related to substance abuse and mental illness.

It's impossible to capture the true legacy left behind, because it is not one that can be measured in awards, roles or box office records. Williams' contribution to comedy, film and humanity is one of laughter, smiles, tears and genuine affection for and love of both the man and his uniquely special characters. Over the course of his thirty-plus-years career, he left a distinctive mark on two generations of cinema and the children and adults who faithfully flocked to see him. Though he will no longer create new art, his formidable body of work will continue to inspire and move the generations to come. 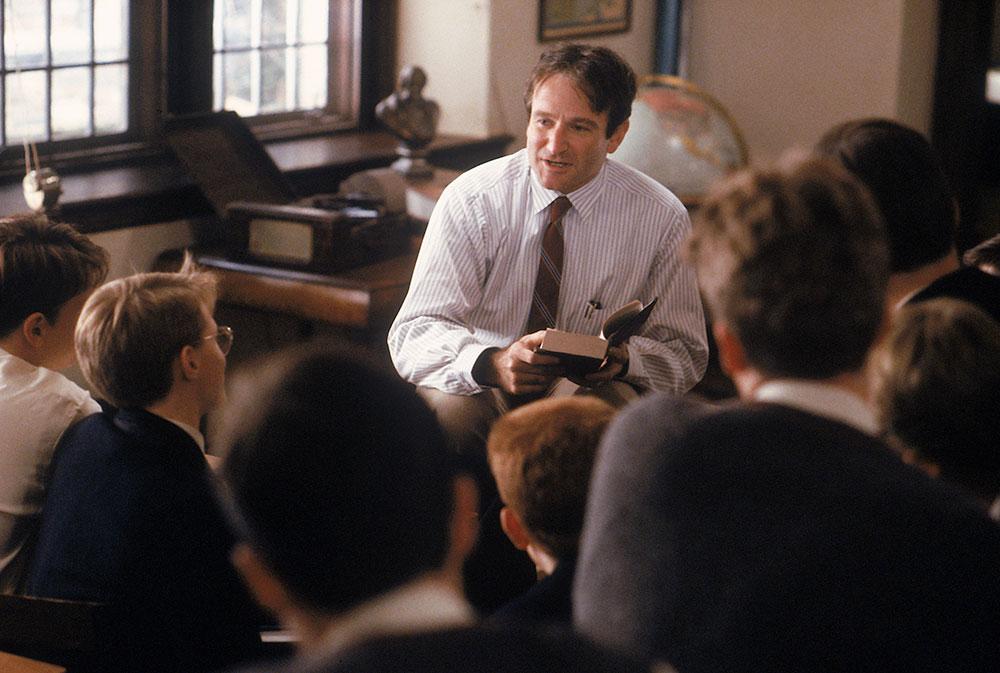 Born in Chicago in 1951, Williams was raised Episcopalian, an upbringing that later led him to write the comedic list Top Ten Reasons to Be an Episcopalian. He received a full scholarship to Juilliard, where he studied alongside Christopher Reeve and displayed his talent for picking up dialects easily. "He was a very, very talented person, and he had these voice-acting abilities that were unparalleled," junior Eva Bogino said.

Williams' first major role was as the alien Mork, first on "Happy Days" and then on the resulting spinoff show "Mork & Mindy." Shortly thereafter, he began his work as a stand-up comic, which he would continue for almost all of his career. Much of his best work, including most of his dialogue as the genie in "Aladdin," was improvised. "He took risks times a billion. I admire his creativity to come up with that and his courage to go through with it," senior Cherie Carter said. Later, he would become further renowned for his roles in "Dead Poets Society," "Good Will Hunting" and "Mrs. Doubtfire."

It's not your fault

In the late 1970s and early 1980s, Williams partied heavily and developed addictions to alcohol and cocaine. Though he quit using cocaine, he was never able to fully stop drinking: despite being sober for 20 years, he began abusing alcohol again in the early 2000s, and checked himself into a rehab center in 2006 and again in 2014.

Williams' publicist confirmed that he had been battling severe depression when he committed suicide. The tragedy of his death, so unexpected and for such awful reasons, has prompted a wave of commentary on mental illness awareness. "The thing that hurts the most is that it was suicide," Bogino stated. "We just never know how much someone is hurting. It feels like something more could've been done." 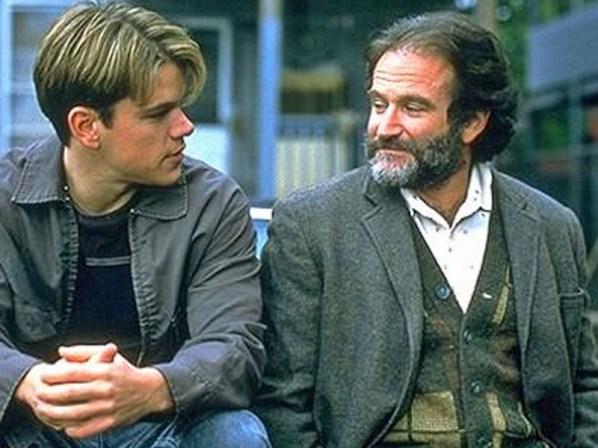 Photo: In "Good Will Hunting," Robin Williams taught us to always, always go see about the girl.

Photo: In "Good Will Hunting," Robin Williams taught us to always, always go see about the girl.

However, his wife Susan Schneider noted that Williams should be remembered for his life, not his heartbreaking death. "As he is remembered, it is our hope the focus will not be on Robin's death, but on the countless moments of joy and laughter he gave to millions," she said in a statement.

For many, Williams was the pinnacle not only of comedy but of skill. As an actor, he had distinctive talents—voices, dialects, a sort of comedic pathos—as well as distinctive depths and capacities for art. "It was his creativity and originality in the way he portrayed roles. He had a lot of flexibility, which is rare and fabulous," Carter noted.

But his creativity didn't just extend to his film career: he also frequently used his gifts to amuse and cheer up people, sometimes people he didn't even know. "The stories of people meeting Robin or him coming to visit people—Christopher Reeve was once in the hospital, and he was about to have surgery, and he was really scared, and this man comes in wearing scrubs, talking in this weird accent, trying to make him laugh," Bogino said. "It's so nice that there was someone there who cared, who tried to take away that pain."

Williams was a figure that inspired both laughter and awe. He was the savior of a prince, the emblem of a war, the therapist we all needed—and, in many ways, the most touching, inspiring actor of a generation. "People like to get away from their lives and their problems and see dynamic characters and really talented people and just laugh," Bogino noted.

The news of Williams' death spread quickly via social media. "I saw it on Facebook. Someone posted it, and I just sat there in silence for a very long time," Carter said. For those who had grown up with Williams, loving him as all his characters and in all his films, the loss was a painful one. "I was overwhelmed. I stood there and I didn't move and I felt everything stop. I never thought that someone I'd never met could make me feel that way," Bogino noted. 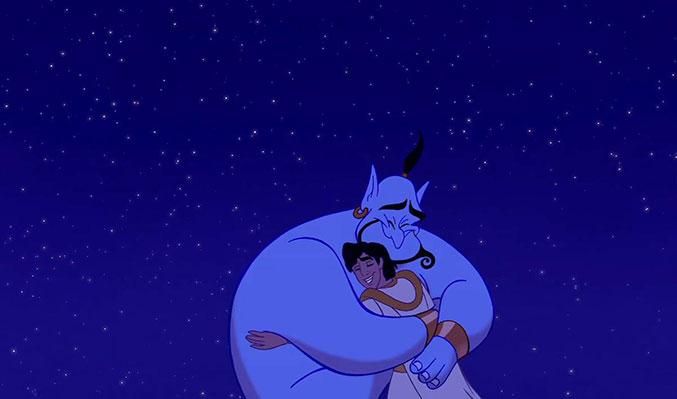 Photo: As the genie in "Aladdin," Robin Williams was the best friend we never had.

Photo: As the genie in "Aladdin," Robin Williams was the best friend we never had.

Memorials have sprung up, both virtually and physically.

Though all seek to commemorate Williams' legacy, a few have registered as problematic. The Academy of Motion Picture Arts and Sciences tweeted an image of the genie and Aladdin hugging, with the simple sentence, "Genie, you're free," which many have condemned as an inappropriate message that suicide is liberation.

On a whole, however, Williams' death has been greeted with sorrow, recognition and remembrance—especially the later. Generations of children—now teenagers—and adults are watching and re-watching their favorite of his sketches and films as I write this, laughing and weeping at the same time. Over time, the pain will fade to simply laughter, accompanied for a sigh for Williams' untimely death.