David Stern's announcement on November 26 was comparable to the mountains of food eaten two days before on Thanksgiving or the cheap deals hustled on Black Friday: great. Two months and hundreds of arguments later, it seems that the National Basketball Association (NBA) lockout will finally come to a close. John Wall will dance again, Glen Davis will cry again and LeBron James will once again be on a quest for his long awaited championship ring. So what exactly has changed? A little extra cash has been added to the wallets of the team owners, coaches and David Stern, the commissioner. 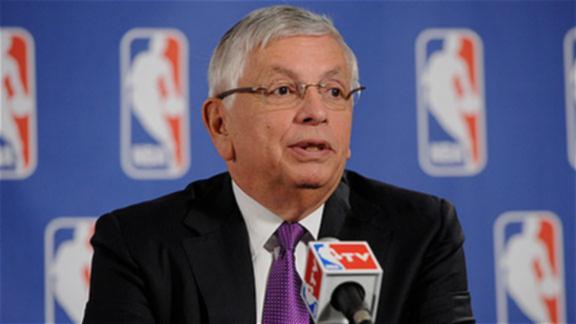 Photo: Stern announced early Saturday morning that the NBA lockout was coming to a close.

Photo: Stern announced early Saturday morning that the NBA lockout was coming to a close.

I hate to make this about money and Wall Street, because anyone who plays in the NBA, where the average salary is $5 million, is in no way part of the 99 percent. But why is it that at the end of this NBA debacle, $3 billion dollars over the next decade will be switched from the pockets of the players to the owners? I don't see Washington Wizards owner Ted Leonsis on the court dunking and making big plays or Stern's name being chanted at games. However, this new collective bargaining agreement will allow owners to essentially get rich off the talents of their benches. This logic doesn't make sense to me.

According to audits from last season, the NBA had revenue of $3.8 billion dollars, which was more than ever before. Common sense would tell us that more money earned would mean more money going to those that are doing the work, but this is not the case. Though there is no doubt that picking players and coaches whilst juggling a million dollar team is a difficult task for owners, it doesn't compare to the physical toil players face every game. Players put their health at risk every game to give the fans games that they want to watch; compensation should be representative of that. Even fans aren't reaping the benefits, since ticket prices will remain the same for the 66 game season, which is set to start Christmas Day.

Though I would have loved to see Kobe play in Italy or see LeBron James join the NFL, it's good to have the NBA back. But behind my outward excitement, I can't help thinking that players should have held on a little bit longer. Though I'd hate to miss the chance for the Wizards to be above .500 for the first time in three years, maybe a season is worth losing for a greater cause. Going back to Occupy Wall Street, there seems to be some parallels between the two situations. In both cases, the rich are getting richer and the occupiers continue to occupy, but nothing seems to be changing.

Diligence and toil are supposed to pay off in the long run, but the end of the NBA lockout just helps to manifest the idea that the wealthy can continue getting rich off those less well off, who in essence are the ones doing the dirty work. Holding off an agreement would have helped to prove a point and to teach a lesson that should be learned by players, owners and the American people regarding a value long held by our nation: hard work really does pay off.